How to measure corruption?

In Part 2 of our anti-corruption handbook series, NKÚ vice-president Miloslav Kala posits a correlation between the scale of corruption and economic mismanagement. 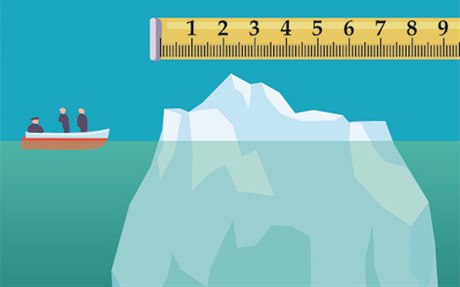 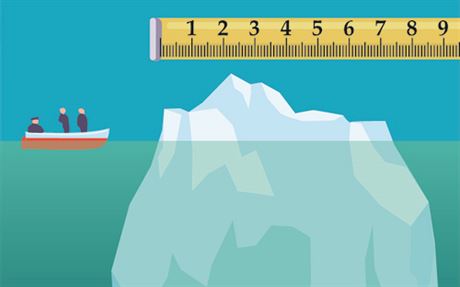 Police statistics reveal to us how many murders occurred in a given year, how many cars were broken into or stolen and how many crimes were solved. Even without detailed inquiry, it is evident that the statistics relating to the number of murders are significantly more accurate than the statistics about broken-into automobiles — the aggrieved party often does not report the damage incurred owing to the time requirements and the low confidence in the police’s ability to solve the case.

What then can police statistics tell us about corruption cases, considering that the person accepting a bribe is obviously not interested in reporting this fact? A doctor for letting someone get to the top of the waiting list, a policeman for not levying a fine, an official for issuing a building permit, or a member of a selection committee for allocating a job order. The list goes on.

An indirect picture of the problem of corruption has been afforded by the regularly published and long-term-monitored Corruption Perceptions Index (CPI), compiled by Transparency International. Notwithstanding its limitations, it is the only relevant source that is possible to work with.

The 2010 CPI measures the perceived levels of public sector corruption in 178 countries around the world, drawing on 13 different polls and surveys from 10 independent institutions. The Czech Republic ranks 53rd, with the evaluation of 4.6 (on a scale of 0-10, where 10 designates a country with virtually no corruption and 0 means a high scale of corruption). Within the EU, the Czech Republic was placed 21st.

Cases under the media spotlight

The notion of the gigantic scope of corruption has also been shown to us by occasional incidental “cases” which owing to lack of caution or “failure” of one of the links in the chain catch the attention of the media. We have found out, for example, that obtaining a building licence in Brno-Žabovřesky can cost Kč 2 million.

We have more accurate data from the State Environmental Fund, where consultancy about the manner of placing several billion in a bank account cost Kč 30 million in the past and was newly valued at Kč 80 million. And a water purification plant was to be overpriced to the tune of Kč 3 billion, of which Kč 500 million was to be used for financing the political career of one of the politicians involved.

Perhaps it is worth pointing out that these data can be interpreted as the tip of the iceberg. As an indiscrete protagonist of these transactions said, the real scope of the “daylight robberies” cannot be documented. These examples show that there is a correlation between the scale of corruption and economic mismanagement. This correlation is used for measuring corruption by examining the data comparing costs for public supplies in various sectors or regions.

In addition to comparing costs for the same – comparable – products (benchmarking), also applied is monitoring of indicators and ratio indices, such as kilometers of motorway, the number of chairs at schools or beds in hospitals, and the costs for their purchase or maintenance. Such methods of gauging corruption lead to the intuitive finding of one of the tools in the fight against corruption. If all public procurements are economical and effective, then there will be neither scope nor reason for corruption.

If all public procurements are economical and effective, then there will be neither scope nor reason for corruption. Isn’t it so? The system of law stipulates this rule in Act No. 219/2000 Coll., on the property of the Czech Republic and its performance in legal relations (Section 12). When acquiring property in a corrupt manner, the price can only be agreed to the level of valuation of this property, under the sanction of an agreement on a price exceeding the acceptable limit becoming null and void.

There are exceptions from this reasonable rule, with the crucial one being the application of the Act on public procurements. In the belief that free competition and the free market would push down the price to the optimum level, the fact that the market needs protection against cartel and unfair practices was overlooked. Military acquisitions through a monopolistic mediator, a monopolistic supplier of sound technology for the events within the Czech Republic’s presidency of the Council of the European Union, a cartel of building companies participating in the construction of infrastructure and qualification preconditions allowing to eliminate competitors – these all go to show that the Czech public procurement market is not in order.

Failure of the market must be tackled by means of regulation. A possible measure is codification of the rule entailing that if a bid for a public procurement (Act No. 137/2006 Coll., on public procurements) exceeds the valuation pursuant to the Act on property valuation (Act No. 151/1997 Coll., on property valuation and on the amendment to some Acts), the selection procedure would be cancelled.

Between 2007 and 2009, we built almost 150 kilometers of motorways and high-speed roads, with the average construction costs, as compiled by the Road and Motorway Directorate of the Czech Republic, shown below:

These costs include the price of tunnels, bridges, crossroads, feeder roads, noise-protection barriers, as well as crossings for animals. Nevertheless, try to estimate what is the valuation of the motorway itself (width 27.5 m, monolithic concrete, beyond towns and villages). The cost valuation is Kč 120 million/km. The Ministry of Transport applies the cost limits of the Czech Technical University — the basic valuation of Kč 170 million/km, coming to Kč 210 million/km when secondary costs are included.

The millions already make my head spin… Once it stops spinning, I will add valuation of bridges, crossroads and, for example, tree planting, and arrive at the procurement’s maximum price… In Part I of this series, we explained that we don’t know what corruption is, and today we have said that we don’t know how to measure it. But we do know that corruption affects the economy. And this can be made use of for making the scope for corruption smaller.

According to various sources, the extent of losses resulting from corruption in the Czech Republic is estimated at between Kč 30 billion and Kč 60 billion; some even claim that it equals the entire public budgets deficit. I will save my estimate for the end of this series.

Next: Who fights for the state?