How EU funds flow astray, or a fishy Czech tale

Conditions attached to EU funds should mean stringent controls, but the Czech experience highlights flaws in the system 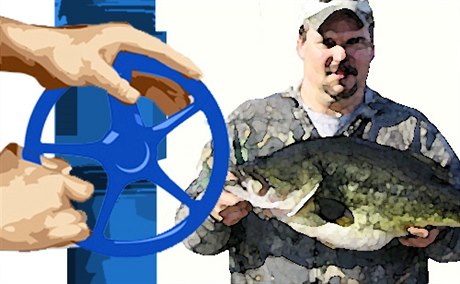 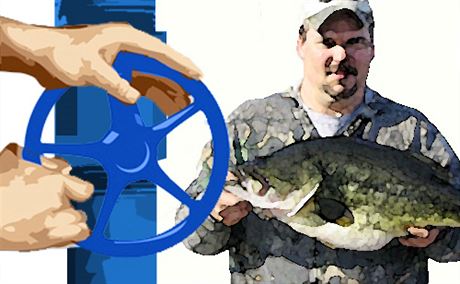 Funding from the European Union should reduce the economic and social differences between member states. The sum the EU has made available from 2007–13 for such projects in the Czech Republic totals approximately Kč 750 billion.

Apart from its contributions in the economic and social spheres, I would with regard to the main theme of this anti-corruption series, like to point to another aspect. This is that the EU only allows these financial resources to be drawn provided the following conditions are met:

This clumsy formulation can also be interpreted as an effort on the part of European bureaucrats to improve the work of their Czech counterparts. But let’s have a closer look how successful they have been.

As a certification and payment authority, the Ministry of Finance has halted so-called certification regarding five operational programs and one regional operational program. Based on the findings resulting from checks by the Supreme Audit Office (NKÚ), an audit by the ministry itself, audits by the European Commission and investigations by the Czech Police, the Ministry of Finance decided it was not convinced of the effectiveness of the supervisory and control systems in place. The NKÚ has already repeatedly drawn attention to shortcomings in the field of public checks.

The NKÚ has already repeatedly drawn attention to shortcomings in the field of public checks and stressed the need for an update of the law on financial controls (for example, in its document on auditing procedure KA 09/09 – delegating the execution of preliminary public control procedures to other entities). The NKÚ has, moreover, over a longer period been detecting deficiencies in the way the supervisory system and control system are framed.

Identifying benchmarks for monitoring have been improperly set and are, on top of that, not subject to controls and it is therefore impossible to establish whether the objectives of a project have been met (for example, in document 09/26 – Financial resources allocated in the framework of regional operational programs for transport infrastructure projects).

Other regulations are also lacking, such as a procedure for reporting discrepancies to a supervisory body or a way to assess good housekeeping, efficiency and rapid realization of goals. It is thus impossible to prove proper financial management.

It is a serious problem that legal regulations do not stipulate in what form a subsidy ought to be provided and what, with respect to its content, such a transaction basically entails. As a result of this legislative failing, situations occur where relations between public entities have to be clarified thanks to private contracts.

Halting certification is an effective weapon  to secure cooperation between supervisory bodies, eliminate deficiencies that have been identified, and ensure that  supervisory and oversight systems for operational programs are working.

One result, though, is that it hampers the fulfillment of the n+3 rule that defines the time limit for the drawing funds. It can lead to an automatic canceling of the funding commitment that in turn results in the Czech Republic losing out on a portion of the cash it was promised. The operational programs considered most at risk are the Operational Program Science and Research for Innovations and the Environment Program. Halting certification in itself does not mean that payments to recipients or payments by the European Commission are likewise suspended.

It is good that the media pay attention to these issues, although this has also led to inaccurate reporting regarding the implications if certification is suspended. Halting certification in itself does not mean that payments to recipients or payments by the European Commission are likewise suspended.

Wherever management fails in its housekeeping, this is an indicator of serious systemic failure. If we ignore the possibility of criminal activity, fraud, corruption, embezzlement and so on, a lack of good housekeeping tends to be a symptom of the lack of a clear concept, a flawed  methodological approach and problematic supervisory and control activities. A formalist approach to fulfilling obligations often distorts originally good intentions into an absurd caricature.

Glory to the carp ponds

For example in audit 10/12 (funding made available for improving the natural environment and countryside), the NKÚ established that financial resources devoted to the restoration and creation of water reservoirs have been used in such a way that the “restored or created water surface” was exceeded more than six-fold — while the total number of realized projects for “reservoir capacity” was exceeded ten-fold. The existence of carp ponds is certainly an important element of the [Czech] environment and landscape, but the high level of support for fish ponds comes at the expense of other measures. So, during the same period only 37 percent of the planned revitalization of watercourses was implemented, only 4 percent of the intended wetlands and just 1 percent of anticipated fish ladders.

In other words, we have used resources reserved for nature and the countryside to satisfy our passion for fishing and also for commercial use of fish ponds. This despite a survey stating that the degradation of many poorly rated reservoirs was due to fish breeding.

And do you think you can only get yourself a fishpond in the framework of the “Restoration and Creation of Water Reservoirs” program? Look, for example, at the “Creation of Ponds, Meanders and Wetlands” program. The “ponds” built as part of this program lack a (shallow) zone by the bank and the surroundings are sowed with lawn grass mixtures and planted with completely inappropriate trees and the watersides are mown with lawnmowers all the way up to the water. One of the two ponds is clearly used for — you guessed it — fishing.

And what about a “Small Water Reservoir with a Wetland Area”? Contrary to the original concept a water inlet to the reservoir was dug in one case to drain the nearby sports field. This caused the water level in the entire reservoir and, particularly, in the wetland part to increase. The shores are being mown regularly up to the water surface, and the pond — as was established [by the NKÚ] — is used for fish breeding. The result is insufficient encouragement and development of wetland vegetation, and too little space for a shallow zone.

With such examples in mind, let’s hope Brussels bureaucrats are not tempted to learn a few bad lessons from their Czech counterparts.