The green building trend in Prague is growing more varied and picking up speed; Office Islands shows how far sustainability has come 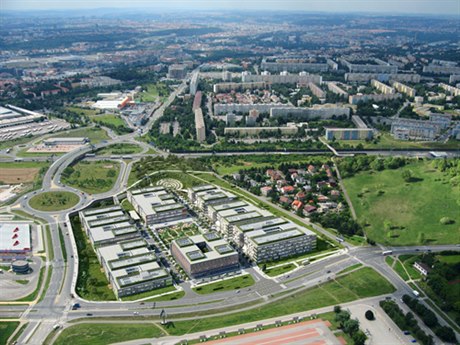 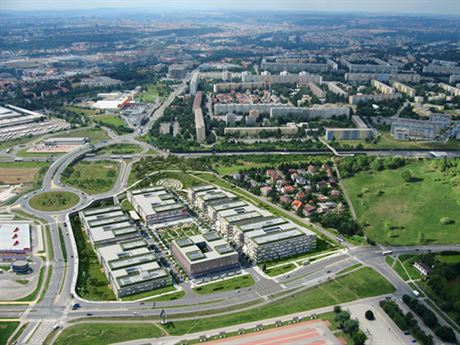 When sustainable building first emerged there was a certain skepticism in Central Europe — and not only here — that much of the impetus behind the ecological concerns had more to do with marketing than anything else. Some Czech developers saw high-profile projects being built in Scandinavia and the Netherlands and assumed that was as far as it would go. They were wrong.

Hochtief Development’s new Office Islands project is a significant addition to the growing list of projects in Prague aiming to win environmental certification, and shows that green building has spread beyond the Czech capital, and the rising use of sustainable technology in high-profile company headquarters.

In November 2010, the Letňany (Prague 9) project was pre-certified LEED Silver, having previously been awarded a Grade A energy performance certificate. Yet although in a good location, near a metro and highway connections, the site is plainly not in the Prague city center.

According to Peter Noack, the general manager of Hochtief Development Czech Republic, the development is not aiming to be a showcase headquarters as much as an efficient and comfortable back office location: Yet sustainable building practices still have a significant place in the project.

“As much as possible, we’re aiming for efficiency as well as the best energy concept we can have. You know, this is not the headquarters of Apple,” Noack told Czech Position, adding that there has to be a mixture between efficiency, green energy and costs.

The keys for Office Islands are energy savings, comfort and creating a pleasant work environment. Even the concept of naming each building after a different island (Ithika, Svalbard, Luzon, etc.) lends itself to giving the offices more personality, with the potential for varied decoration and design.

“The challenge is to find the appropriate green technology for tenants and the investor, because the follow-up costs, the so called second rent, belong to the most important parameters for users and investors,” Noack said.

The project comprises eight office buildings of 12,000 sqm each, built within and around a sizeable green area. Noack maintains this represents one of the strategies of Hochtief wherever it operates; it also accounts for many of the company’s projects being in peripheral areas, so that it is possible to have a plot of land large enough to create a more open feeling and creative architectural layout.

Construction on the project is expected to begin around the third quarter of 2011, subject to the authorities’ approval, which Noack contends is not always easy to schedule. Already in preliminary talk for pre-letting, Noack insists that the project will not be started on a speculative basis: “At least we will have 30 percent [pre-let]. In the best case we’ll have 50 percent.”

Considering the relatively small sizes of the buildings, Noack thinks that construction on a building could start when it is half rented. “If it were a 40,000 sqm building it would be a different story,” he said.

Building in Letňany also serves the company’s exit strategy, which is to sell as soon as the chance arises. Even as negotiations with future tenants begin, investors will be sounded out. One advantage of the project is that each building can be sold separately.

“Once we start with the construction, with 50 to 60 percent of a building rented, then it really becomes an asset you can sell,” Noack told Czech Position. “Our investors are looking at €30 - €50 million investments for one project. How many of these are in the center of Prague and where would you want to build it?”

In regard to starting a new development in Prague — when so many other projects remain on hold Noack is extremely optimistic about the market’s prospects. “I always had the feeling that investor interest in Poland and the Czech Republic, especially for Warsaw and Prague, was always there,” he said. “A lot of the people traveling in the region weren’t going to other cities very much but Poland and Prague were always on their list.”

The relative stability of Prague and Warsaw, and with the stability of rental levels in Prague even more so, kept investors attention on the region’s core. “If you look, everything that was built in a good location, well rented, was sold – crisis or no crisis. This is also what I saw at the last Expo Real – the interest is there. I’ve never had as many appointments as I had at the last Expo.”