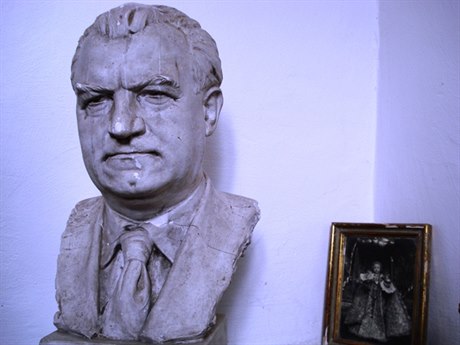 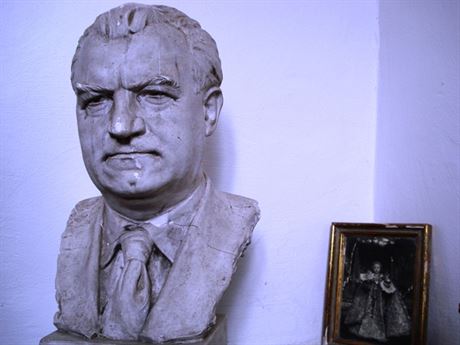 “Laboratory of Power” is the title of a new permanent exhibition at Prague’s VĒtkov National Memorial recreating the chamber in which the embalmed corpse of Czechoslovakia’s first Communist president, Klement Gottwald, was preserved for almost a decade. It is widely believed that the body’s cremation in 1962 was necessary as it had started decomposing due to a botched embalming job. However, that may not have been the case.

Gottwald died in March 1953, less than a week after returning to Prague from Stalin’s funeral in Moscow. His demise was caused by a burst artery linked to heart disease although he had also suffered from alcoholism — and syphilis.

Just days after Gottwald’s death, the Central Committee of the Communist Party announced a decision to preserve the corpse of Czechoslovakia’s “first working class president” for future generations. It was embalmed and placed on display at a hastily created mausoleum at the National Memorial, a monumental structure that had originally been built in the 1930s to honor WWI Czechoslovak legionnaires.

Historian Ivan Mal², one of the creators of the exhibition at the National Museum’s VĒtkov site, says this idea was “completely bizarre,” as there was no tradition of embalming in the country.

“It was probably an attempt on the part of the Communist elite to imitate all things in the USSR, where Lenin and Stalin had been embalmed,” Mal² told Czech Position. (The only other Eastern Bloc country to follow this practice was Bulgaria, whose leader Georgi Dimitrov was embalmed in 1949).

© YouTube – footage of the funeral procession for Klement Gottwald

Indeed, a group of Soviet specialists was dispatched to oversee the embalming process. While they continued to return annually for “check-ups,” the Russians handed over day-to-day responsibility to a local team in Prague after three years.

The Czechoslovak doctors, scientists, and nurses — who were picked up every morning by interior ministry drivers — were forbidden from talking to even close family members about the top secret work.

The key task was ensuring that conditions in the underground chamber remained constant, with the temperature kept at 15–16 centigrade and humidity at 80 percent. The corpse was transferred every day by means of a special lift (the bottom of the chute is visible above the trolley bed at the heart of the exhibition) to the main hall above. There, members of the public could pay homage to the Stalinist leader’s remains in an illuminated glass sarcophagus.

In the initial years, tens of thousands visited Gottwald’s mausoleum annually, before numbers started tailing off. Mal² says at first peeople came spontaneously, under the sway of what he describes as the Communist propaganda driven “psychosis” that prevailed in the first half of the 1950s. “After that it became more formal.” Meanwhile, the cadaver itself became, in a sense, less formal, when its general’s uniform was replaced with a business suit in 1958.

All visits came to a halt in March 1962, when the Communists had Gottwald’s corpse cremated and his ashes interred in Prague’s OlÜany cemetery. It has frequently been asserted that the body had been poorly embalmed and begun to decompose, necessitating the gradual replacement of the limbs, and even torso.

However, it is possible that that was not actually the case. For starters, there is no mention in the “embalming book” or other documents of decomposition having taken place; as far as the records go, Gottwald’s body was sent to the crematorium in the same state that it was received in. Mal² says that most “information” on the matter is in the realm of myth.

‘It’s true that at the end of the 1950s the architect Zßzvorka ... received an order to produce, for instance, a leg, apparently for Gottwald.ł’

“It’s true that at the end of the 1950s the architect Zßzvorka — who coincidentally was also involved in the construction of the mausoleum — received an order to produce, for instance, a leg, apparently for Gottwald,” says the historian. But, he adds, Zßzvorka never actually saw the corpse.

In any event, says Mal², it is “absolutely irrelevant” whether replacement limbs were created for the chemically treated cadaver. “The cremation was for political reasons, not because of decomposition.”

If the commonly accepted reason for the cremation is indeed a myth, how has it come to acquire the status of accepted historical fact? “That’s what I’d like to know! Maybe it was because of the antipathy of society towards the mummy,” says Mal². “It was linked to the negative attitude towards Gottwald in the 1960s.”

None of the items on display at “Laboratory of Power”– which include a trolley bed, operating theater lamps, and period medical supplies – are original, and its main draw is that it occupies the very space (split into technical and medical sections) where the mummy of the Communist leader was housed every night for nine years. The exhibition was devised by film studio architects, who have made skillful use of lighting and sound to conjure an oppressive atmosphere.