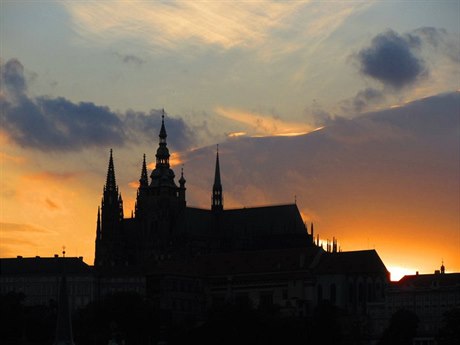 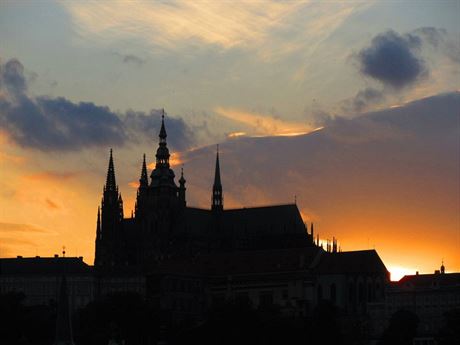 The Czech Republic is one of the least religious countries in the world. Oddly, though, most major cities are filled with churches ranging from historical landmarks to hidden gems. Many are only open to the public a few minutes before or after services, and some not even that much.

Once a year there is a chance for the general public to get a glimpse inside some of the buildings — Church Night (Noc kostelů) on June 1. “Church Night was founded in Vienna, Austria, seven years ago, in 2005. At that time, certainly no one knew what response the idea would have,” Miloš Szabo, the main coordinator for Church Night for the Archdiocese of Prague, told Czech Position.

Over the next few years the idea moved into neighboring countries, including the Czech Republic. “Because the people [in Austria] showed great interest, soon they added other cities. In 2009, Brno in South Moravia joined, and a year later joined the entire Czech Republic. In 2011, the event took place in neighboring Slovakia,” Szabo said.

Almost 120 churches and prayer rooms of several Christian denominations will be open this year in Prague. The events will cover the entire city, from Zbraslav to Horní Počernice. “Each year there are dozens of new churches and congregations. Compared to last year, in Prague there is an increase of over 60 churches [participating in Church Night]. These include both large churches of Prague, as well as small rural churches, chapels and prayer rooms,” Szabo said.

Some churches and prayer rooms will start their programs in the afternoon. “The offer is varied: Many communities this year will focus on children, so there can be an afternoon with them to come to some churches, where they will draw or get acquainted with the church interior. Elsewhere on the church grounds there will be tents or theatrical presentations,” Szabo said.

“People who are active in the churches have prepared free tours, or recitals by choirs and organs. Elsewhere, the church only opens to the silence of the night to let people meditate,” he added.

Major venues such as St. Vitus’ Cathedral at Prague Castle have a rich program with multiple tours, choirs, an entire Mass and an organ concert. Other large churches are also planning similar programs. The Basilica of Sts. Peter and Paul at Vyšehrad will start and end the evening by ringing its bells. In between there will be a reading from chronicles, organ music, liturgical songs, a guided tour and a Mass.

The Church of St. Ludmilla at náměstí Míru also offers a tour of the workings of its organ, spiritual music concerts and several religious ceremonies.

For those who would rather explore than listen to music, the Church of St. Joseph in Malá Strana is opening its crypt for tours. The church with the Infant Jesus of Prague, rightly known as the Church of Our Lady of Victory, is also giving a tour of its crypt, but tickets are limited to just 30 people so advance tickets, available at the church sacristy, are essential.

The Basilica of St. James the Greater in Old Town promises to to reveal the secrets of the church and the organ. Be sure to look for the mummified human hand hanging from the ceiling by the back door. That church is not alone. St. Thomas’s church in Malá Strana has two mummies in glass cases.

Dark tourism — based on seeking out grim relics — isn’t the point of the evening. “Christianity wants to show not only its historical and architectural monuments, but also introduce the local community as a living community that cares for these sacred objects. It is an opening to the public that might be familiar with the spiritual and material wealth that the Christian church for centuries has maintained in our country,” Szabo said.

But it is also a chance to finally see inside some of the more obscure churches and prayer rooms. Some are hidden inside ordinary looking residential buildings, such as the Evangelical Czech Brotherhood (ČCE) and the Czech Baptist Union (BJB) prayer rooms in Vinohrady. Several Hussite venues, some of which are surprisingly refined examples of functionalist and constructivist architecture, are also participating.

Fans of modern architecture won’t want to miss the Church of the Sacred Heart of Jesus at náměstí Jiřího z Poděbrad. The church, sporting the largest clock in the city, is the work of Slovenian architect Josip Plečnik, who also did the last major renovation of Prague Castle. The lower levels and other obscure spaces will be open.

The event grows more ambitious every year. “In the beginning there was a simple idea to attract people to church when there no service going on and offer them this space for silent reflection. People were still not preparing any program or performances. The churches had to speak by themselves, by their mere existence,” Szabo said. Now, there is even an app for the event called iKostel, which gives details of the churches.

Church Night (Noc kostelů)
June 1, 2012
Various religious sites across Prague (and the rest of the Czech Republic)
Most events between 6 p.m. and midnight; some venues have afternoon events for children
www.nockostelu.cz