After 25 years abroad, a Brno-born director returns to show his award-winning film in the Prague Short Film Festival 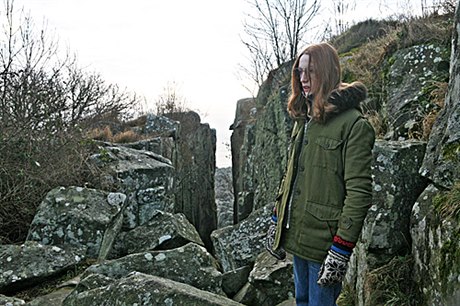 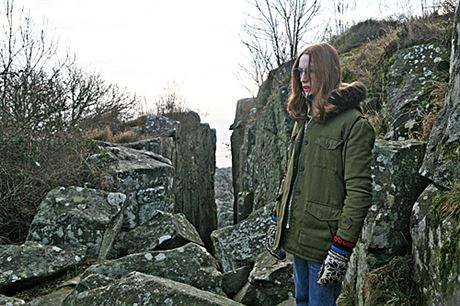 The Prague Short Film Festival technically didn’t have a Czech director’s work in competition for the €5,000 prize eventually won by Romanian director Adrian Sitaru for his film “The Cage” (Colivia). Yet the inclusion of Brno-born Fenar Ahmad’s “Megaheavy” proved to be a Czech connection few at the festival were aware of.

Ahmad’s parents are Iraqi refugees who lived in Brno, the Czech Republic’s second-largest city, in the early 1980s until the expiration of their student visas forced them to emigrate to Denmark. Coming to the festival was Ahmad’s first trip back in 25 years and though he spoke Czech fluently as a small child, he has since forgotten it.

The film provides a glimpse of the awkward sexual and romantic awakening of a teenage girl named Jolly living on the remote Baltic Sea island of Bornholm. Although infatuated with a boy her age named Kenneth, the arrival of an older neighbor to their island to bury his father leads to a crude, unsatisfying sexual encounter that nevertheless gives her the courage to let Kenneth know how she feels about him. ‘I really wanted to make a film about the power of youth because a lot of people make sad films about young people, and I was kind of sick of seeing them.’

The performances — particularly by Eva Thompson as Jolly — are outstanding, but the most striking feature of the film is its cinematography. The film evokes its ’80s setting most of all by achieving the look of old color photographs.

Ahmad also ascribes a lot of the film’s visual qualities to the island itself, which was what originally inspired him to write the film. As a result of overfishing in the ’80s the island’s economy collapsed, giving it a rundown atmosphere that makes it look lost in time.

The heavy metal soundtrack (by San Francisco’s Fucking Champs) constantly pounding out of Jolly’s earphones and speakers is another atypical feature for a coming-of-age film, but one which the director says has received a positive response even from people who wouldn’t normally listen to that kind of music.

With an Iraqi background, Czech roots — and having grown up in Denmark with the treasure trove of Scandinavian cinema at his disposal — Ahmad had a wide variety of sources to inspire him as a filmmaker. So the place where he eventually caught the film bug seems somehow unlikely.

“Austin, Texas,” Ahmad said, having lived there for two years as a teenager. “A lot of my friends were doing art stuff, painting, and I started considering that it was something you could actually do for a living, and I started taking photographs.” This led to him adding sound to the photographs on a computer, which further led to the making of a documentary that played in film festivals.

Back in Denmark he joined a collective of eight directors and eight producers called Super 16, which served as a kind of film school. Out of this came “Megaheavy,” and when the film won the Danish Film Academy’s best short film award and was shown at the Berlinale his career really took off. “That movie made me think I could be a film director, and that this is what my life could be about,” Ahmad said.

At the moment he is finishing up the third draft of his feature screenplay, which is scheduled to begin shooting in September. The feature will essentially have the same framework as “Megaheavy” – with Thompson reprising her role, though this time without the attempt to set it back in the ’80s.

“It’s about her parents getting divorced and her having a relationship with an older man who’s married, and about the boy she falls in love with at first sight, so it really covers three different stages of love,” Ahmad said.

Placing amateur Thompson, who was only 15 at the time of filming “Megaheavy,” among a cast of professional actors was made all the more effective by how close to the character of Jolly this extremely shy, withdrawn teenager really is.

“When we found her, she’d never kissed a boy, never put on lipstick — so when she does that in the film, it was really the first time for her,” Ahmad said, adding that one of the reasons her parents were not uncomfortable with some of the scenes in the film when reviewing the script was that they wanted their daughter to break out of her shell and thought that experiencing it in a fictional framework would help her. When the lead character kisses a boy in the film, it really was the first time for the young actress.

“I think that gave the film some authenticity,” Ahmad said, taking gratification not only in the performance but also in the fact that his leading actress has gained a lot of self-confidence from the experience.

Besides the lead actress, Ahmad will have the same film crew in place for the feature, although due to the difficulties of working in the longer form and having a much larger budget they will add an older, more experienced editor to help the team. Heavy metal will also play a role in the feature, with the lead character playing in a Norwegian death metal band called Megaheavy.

“I really wanted to make a film about the power of youth, because a lot of people make sad films about young people and I was kind of sick of seeing them. That’s why I called it ‘Megaheavy’ in the first place because I went to all these film festivals with my previous film and saw all these films about death and suicide. So I said, let’s make a happy film,” Ahmad said.