Head of Cabinet bonus affair to pay dividends, but for whom?

As a rule, Czech institutions refuse to publicize officials salaries even in the face of legitimate freedom of information requests and court rulings 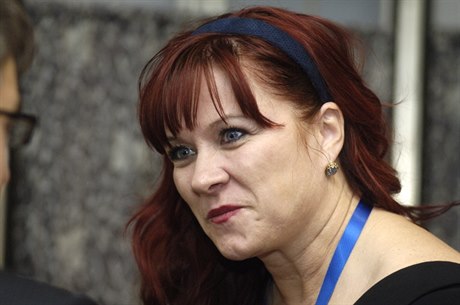 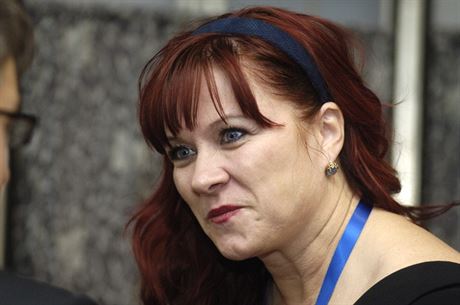 This week the Czech public learned that Jana Nagyová, head of cabinet to Prime Minister Petr Nečas (Civic Democrats, ODS), took home a staggering Kč 273,000 worth of bonuses in the month of March alone. Two months earlier, the public servant’s base salary of Kč 33,000 was also nicely padded out with a Kč 100,000 reward, the Insider, a paid-content project of news server Aktuálně.cz, reported.

The mainstream media were quick to jump on the news that Nagyová was earning far more than her boss (who said she deserved them for her extraordinary performance) and devoted reams of print to speculation, analysis, and at times hysterical commentaries on the matter. “Too much money for the prime minister’s secretary,” read the headline in the daily Mláda fronta Dnes.

As a rule, Czech institutions refused to publicize the salaries of officials – despite freedom of information requests and a landmark Supreme Administrative Court ruling last year that it should be public. But it is less a question of money than a question of transparency as to how such bonuses are determined and given out. Nečas has refused to disclose the remuneration of his aides and others working at the Office of the Government, as have many of his Cabinet ministers, despite 2011 rulings.

The prime minister’s arrogance in this regard is reminiscent of a memorable speech by Milouš Jakeš, the General Secretary of the Communist Party of Czechoslovakia (KSČ) who stepped down in November 1989. Half a year earlier, one of the regime’s “favored” singers, Hana Zagorová, had signed a petition titled “Několik vět” (A Few Words) in which the movement Charter 77 demanded the release of political prisoners and freedom of speech, and was banned from performing.

In an effort to stir up public resentment against Zagorová, the Communist boss wondered aloud as to how many “millions of crowns” she was earning. Some brave souls in the media also began to wonder aloud: shouldn’t the general public have the right to know the salaries and remuneration of civil servants? But is that what the Nagyová case is really all about? The leak is not part of a larger pious effort to make public officials’ salaries and bonuses transparent.

Yes, the Czech taxpayer has a right to know how civil servants and public officials are chosen and compensated for their work. At the same time, does the media frenzy around Nagyová’s bonuses stem from the legitimate right-to-know concerns of readers? There have been prominent cases of, for example, deputy ministers and other top officials earning more than the prime minister and president. So why Nagyová, and why now? Perhaps she has failed to perform and is being hung out to dry. Perhaps it’s part of an effort to put pressure on Nečas. Maybe it simply stems from jealousy.

Whatever the case, the motive is highly unlikely to be part of a larger pious effort to make public officials’ salaries and bonuses transparent and compel the prime minister to finally come clean about remuneration in general and respect the Supreme Administrative Court ruling. No, it was not done to make “Mr Clean” come clean, as it were, but a standard dirty trick, used for political or commercial gain (or both).

If it were purely for political reasons, Czech Position would not have already obtained information about the remuneration of Nečas’s head of cabinet last month and copies of payroll slips in December last year. Why didn’t we publish it? Because the documents weren’t provided to this publication directly from the Government Office. And the fact that someone close to the prime minister — including Nagyová herself — could manipulate this sensitive information was already clear.

Why did it take more than a month for Nagyová’s bonuses to become news? Were there blackmailers who were waiting for her or Nečas to meet their demands in exchange for keeping mum? It is likely that if copies of the pay slips and the like exist and were taken from the prime minister’s Cabinet then so were other classified and sensitive documents —a digital copy of her work diary, for example. Yes, it all sounds like a grand conspiracy theory, but there is simply no other way to interpret it.

Who would gain from leaking it? And, if it is true that at the Government Office there are a number of people making even more in bonuses than Nagyová, why has this fact not yet emerged? Perhaps it is because, at least for the moment, one VIP was enough and the leaker’s aims have been achieved. Yes, it all sounds like a grand conspiracy theory, but there is simply no other way to interpret it.

The aim of the people who made the documents available was — and remains — something other than to make public the salaries of high-ranking officials. It is a means to an end. In the meantime, though, it serves the Czech media to present it as an isolated case. Most journalists here don’t go after the more serious and complex stories: they simply react to events.

Can you call it “investigative journalism,” for example, when a newspaper receives a police record of a lie detector test administered to ex-Public Affairs (VV) deputy Kristýna Koči and publishes the results? Or when two days later another daily does the same with the testimony VV founder and paymaster, Vít Bárta, gave to the police in the same investigation about the alleged “cash for loyalty’ bribery case? There’s a difference between being spoon-fed information and doing the digging.

In the newspapers this past week, Jana Nagyová has been portrayed as the prime minister’s spin-doctor, the gatekeeper for those seeking an audience with him, a powerful and influential woman whom politicians from Nečas’s center-right party, the ODS, are afraid to speak ill of on the record.

The media succeeded in equating her to various shadowy power brokers who have circled around the corridors of government over the years, people like Miroslav Šlouf (the right-hand man of former Social Democrat (ČSSD) PM Miloš Zeman), the lobbyist Marek Dalík (the best friend of ex-ODS PM Mirek Topolánek), Zdeňek Doležel (head of cabinet to ex- ČSSD PMs Stanislav Gross and Jiří Paroubek) and powerful lobbyist Roman Janoušek (who is close to former ODS Prague Mayor Pavel Bém).

A little over a week ago, a rumor spread that Nagyová had gone on holiday in Dubai with Janoušek and another prominent Prague lobbyist, Tomáš Hrdlička. “Of course it is nonsense. I’ve never even been to Dubai,” she told Czech Position. “Who spreads such things?” We did not reveal the source. But the capital is full of corridors of power. And someone is going after her.