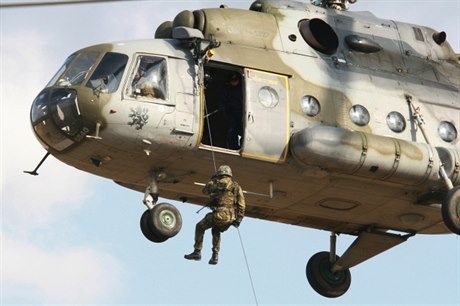 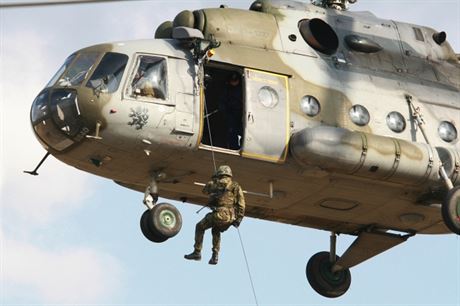 Czech state-controlled aviation repairs and maintenance company LOM Praha, which specializes in the military contracts, is in far from healthy condition. Minister of Defense Alexandr Vondra (Civic Democrat, ODS) admitted as much in October following an audit by international consultancy KPMG.

In spite of this fact, LOM squandered around Kč 100 million, according to an investigation carried out by Czech Position, when at the end of 2010 and start of this year it opted for a deal to sell four Mi-17 helicopters to the STV Group instead of choosing an alternative offer from the company Československá exportní. LOM, however, maintains that it had no real choice. Czech Police are now looking into the whole deal.

The origins of the case dates back to when LOM sealed a deal with Československá exportní last year, when the firm was considering the purchase of two Soviet-made Mi-17 helicopters for $ 5.5 million each. Cash-flow problems intervened with the buyer asking for a longer delay to make the payment.

“Last year between the [Christmas and New Year] holidays, sometime around Dec. 27, the general director of LOM Praha, Jindřich Ploch, called. He said that said that if the money wasn’t on the company’s account by the end of the year the sale would go to whoever came up with the money first,” the person legally responsible for Československá exportní, Vladimír Benet, told Czech Position.

Because banks offered limited service over the holiday period, Benet asked for an extra week to make the payment. That request was turned down by LOM. A new player quickly appeared on the scene, STV Group, with which LOM signed an agreement in mid-January to sell the two helicopters for $4.2 million apiece, a $1.3 million (around Kč  23.4 million) discount on the price that it had been demanding from  Československá exportní.

Later, STV Group brought another two helicopters off the state company. The difference between the offer price from Československá exportní  and the purchase price for the four choppers together climbing to around Kč 94 million. Trustworthy sources told Czech Position that the Ministry of Defense put a price on the modernized helicopters of  Kč 5 million to Kč 6 million apiece. So why was LOM in such a hurry to make a sale when it would get a worse price?

According to one highly placed source in the Defense Ministry, who asked not to be named, the haste was aimed at improving the business results for 2010. Police, according to the source, are looking into suggestions that STV Group actually received somewhere near the original price, at Kč 5.5 million a helicopter, when it sold them off to final customers. The difference between that price and the Kč 4.2 million it paid to LOM, was turned into a fast profit at the expense of the state firm.

‘The business conditions for STV were totally different, there was no request for customer service, training, upgrade of the flight systems and such like.’

LOM has refuted all suggestions that it was involved in non-standard practices, adding that the final agreements sealed between STV and that agreed with Československá exportní cannot be compared. “Initially there were more interested companies but as the deal came to be fulfilled these fell by the wayside,” LOM spokeswoman Martina Fišerová told Czech Position. “The business conditions for STV were totally different, there was no request for customer service, training, upgrade of the flight systems and such like. These final conditions were reflected in the agreed price.”

Fišerová said the reason for the failure to seal a deal with Československá exportní was the simple fact that it did not have the required finances. A new customer for the deal was found who delivered a down payment and the new sale went ahead.

Paradoxically, the helicopters, which LOM bought from the Czech Army for the unbelievable bargain price of Kč 1.5 million, ended up with the same final customer with whom Československá exportní had already done a deal. The final customer was based in the United Arab Emirates (UAE).

The suspicious proceedings surrounding the deal came to the attention of KPMG which looked into the accounts and business of the state aviation company over the summer. On the basis of its findings, the Defense Ministry, started criminal proceedings against an unspecified third party. According to the ministry’s general secretary, Jan Vylita, the state lost out to the tune of Kč 100 million due a disadvantageous deal, which he was not at that stage willing to specify. He still prefers not to give any details about the police probe.

Czech Position’s information, however, points clearly to the deal over the four helicopters as one now being investigated. Soon after the findings of the KPMG audit were made known, LOM’s head of logistics and trade, Zdeněk Motyčka, quit the company.

Sources in the arms business say that Motyčka had close relations with the family of the head of STV Group’s administrative board, Martin Drda (Motyčka’s daughter allegedly lives with Drda).  It was precisely during Motyčka’s time at LOM that the lucrative deal for STV was finalized.

When approached by Czech Position, Drda refused to comment on the business deal and refuted any personal links with LOM. “I do not have any former or current or past relations with the commercial manager of LOM Praha and that goes for Mr. Motyčka you referred to.  Our company’s business deals are not founded on personal relations but on the basis of a broad portfolio of customer and subcontractors and a diversification of our commercial dealings,” Drda said.

‘As regards the transaction with the STV Group the supervisory board was not even informed.’

LOM to this defends the deal with STV, adding that the company’s supervisory board was fully aware of it. “It was continually informed about developments regarding commercial intentions regarding the use and sale of Mi-17 helicopters which were purchased from the Ministry of Defense,” company spokeswoman Fišerová wrote to Czech Position.

That vision of events is also confirmed by ODS Senator Tomáš Kladívko. “I was on the supervisory board from mid-February. The supervisory board’s attention was not drawn to the commercial deal regarding helicopters for the STV Group at the end of one year and start of the other,” he told Czech Position. The board was not even given the reason for the latest changes on the board at the start of November, he added.