On a recent Prague visit, Gary Lucas presented the intersection of American folk/blues with the great Czech classical tradition 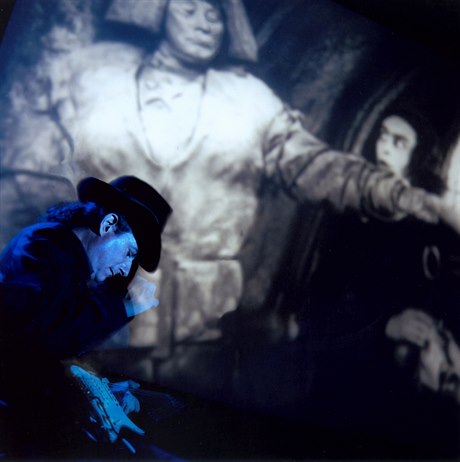 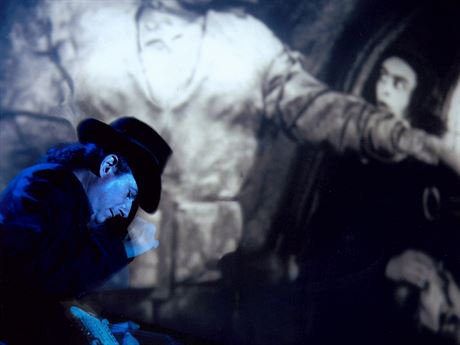 In a long and varied career, American guitarist Gary Lucas has played a striking variety of music — from the avant-garde rock of Captain Beefheart to Chinese pop of the 1930s to collaborations with musical luminaries such as Lou Reed, Nick Cave, Iggy Pop, John Zorn and David Johansen, as well as with his own band, Gods and Monsters. In his latest album, Lucas takes on the pantheon of Czech classical music with a modern touch thrown in.

Known primarily as an avant-garde rock guitarist, Lucas insists that playing solo guitar arrangements of Czech composers like Dvořák, Smetana and Janáček on “Gary Lucas Plays Bohemian Classics” is not as much of a departure for him as it might seem.

While Lucas has performed with an impressive roster of musicians across a broad range of musical genres, his first brush with musical greatness was with one of America’s classical giants. In 1973, Lucas was the lead guitarist in the European premiere of Leonard Bernstein’s “Mass” in Vienna with the Yale Symphony Orchestra. In his new album’s liner notes he writes how his soloing drew praise from the Maestro: “Man, you were really wailing!” Bernstein told him.

This formative influence placed Bernstein in a group of the most significant collaborations of his career, what Lucas refers to as the “3 B’s”: Beefheart, Buckley and Bernstein. Lucas played guitar with Captain Beefheart’s Magic Band in its last incarnation before the cult favorite retired from music in the early 1980s. It was a remarkable journey for Lucas, from young, devoted fan to artistic collaborator.

His connection with the late singer Jeff Buckley was on an entirely different footing and shows his willingness to work with musicians he recognizes as talented. “When I met Jeff Buckley, he was nobody. He liked my playing with Captain Beefheart and wanted to play together,” Lucas said. The pair went on to co-author the hit songs “Grace” and “Mojo Pin” on Buckley’s double platinum album “Grace.”

For Lucas, the Bohemian classics are not confined entirely to what is commonly referred to as classical music. The last two tracks on the album veer sharply into the darker modern age, with the final song being a tribute version of The Plastic People of the Universe’s “Magic Nights.”

The album is the result of the initiative of former Czech Ambassador to the US Martin Palouš, who, having heard Lucas’s album of 30s Chinese pop arrangements “The Edge of Heaven,” commissioned the guitarist to do the same with the big three Czech composers. Lucas then performed the work at the Czech Embassy in Washington, D.C on the occasion of the 14th anniversary of the Velvet Revolution; it was from this 2003 concert that the majority of the album is made.

Putting an American folk/blues spin on these classical pieces presented significant technical difficulties, Lucas admits. He adopted an open tuning and kept to the original musical key, though the biggest obstacles came with the switch between major and minor keys in some of the works.

The sound he gives the music is spellbinding and utterly unique, for while Paul Robeson has given an American take of the Largo from Dvořák’s “New World Symphony” in “Goin Home” Lucas points out that no one has ever played it on a bottleneck guitar.

Lucas’s relationship with Prague and Czech culture has many strands. Bohemia is where his grandfather is from, and Lucas played his initial concert in Prague just after the Velvet Revolution on a tour of Jewish avant-garde music. Playing Czech classics through the prism of the American folk/blues sensibility makes perfect sense to Lucas, not only given his own personal and musical background, but the history of the music itself.

“Dvořák loved America and New York, and he wrote the ‘New World Symphony,’ which I play on the record, there,” he said. “There’s a good connection between Prague and New York.”

Lucas has returned to the Czech Republic many times over the years and developed a strong affection for his ancestral homeland. Among his many concerts he has performed his score for the silent film of “The Golem” as well as performing at Jazz club Železná in its heyday in the 90s with the Plastic People of the Universe in attendance. “I find Prague a very mystical place. It’s very tangible,” Lucas said.

Unfortunately, Lucas has also experienced the less mystical side of the Czech experience. For a solo show at a Country and Western bar in Hradec Králové, Lucas was billed as a musician who had played with the likes of Lou Reed, Iggy Pop and other famous musicians. After playing to a packed house of satisfied listeners the promoter approached him angrily shouting “Where was Lou Reed? Where was Iggy Pop? Where was the band?” The end result of this “misunderstanding” was that the promoter kept all the take.

The album also includes a modern Czech classic in the form of a tribute song to the Plastic People, who Lucas has performed with in the past, with a riveting version of the group’s “Magic Nights.” There is also a collaboration with British singer Pat Fulgoni from Urfaust Band on a song titled “Procuress from Karmelitska Street.”

Much darker than the classical pieces on the album Lucas thinks they represent a necessary balance. “I think it’s important to show both dark and light.” He admits that some people who like the album for the classical tracks might be put off by the sonic wail of the Plastic People song.

“Many adults who purchase the album based on the other tracks might object to this track but they can always lift the needle up,” he said.

Michael Stein
Vstoupit do diskuse (1)
Registrace: smskou dopisem
Oz nice article Thanks for alerting me to this amazing guitarist. Cool account of... 10:38 14.12.2011