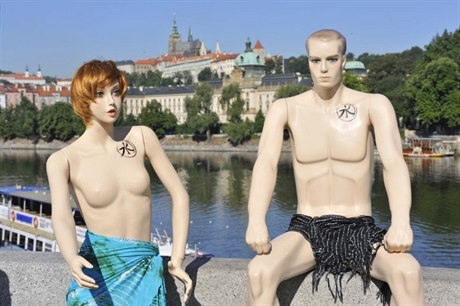 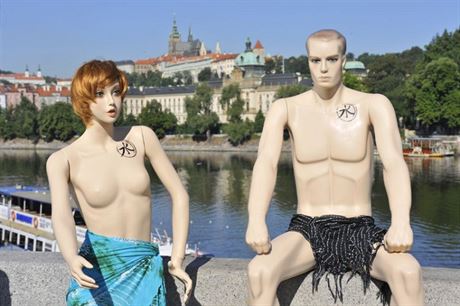 The Czech branch of environmental campaigning group Greenpeace says that a hormone-disrupting chemical banned in Europe has been found in one of the country’s main rivers.

Greenpeace says that that the chemical nonylfenol was found in the Labe (Elbe) river from samples taken in September during its campaign to test the quality of Czech rivers, the so-called called Detox tour 2011.

The campaigning group says the samples were taken from waste water treatment plants serving several large towns. “We found nonylfenol in all of the samples in quantities that by several times exceeded the highest quantity in water at which the quality could still be considered ‘good’ – the so-called environmental quality norm.”

Out in the wash

Greenpeace said in a news release that it believes the chemical has been washed out of textiles manufactured in China, where there is no ban on its use. The EU ban on nonylfenol does not cover imports of clothing containing the chemical, but Sweden is in the lead of member states calling for the ban to be widened to such textiles.

Greenpeace worldwide claims to have had some success in countering nonylfenol in China be getting worldwide sports and fashion companies, such as Nike, Puma, Adidas, and H&M, to stop nonylfenol and other dangerous chemicals being used in products manufactured for them.

Nonylfenols are used in diverse industrial processes (ranging from the processing of wool and metals) as well in the production of detergents and pesticides. They have the ability to disrupt hormones in aquatic species and humans, due to their ability to mimic the hormone estrogen. The Labe River was used almost as an open sewer in the Communist era to take away dangerous chemical waste.

Overall, the Czech unit of Greenpeace says that the overall quality of the water in the Labe River has vastly improved over the past 20 years or so, after being used almost as an open sewer in the Communist era to take away dangerous chemical waste.

It points out though that while two of the worst polluters near the river, the explosives producer Synthesia based at the town of Pardubice, and chemicals producer Spolana, near Neratovice, have taken steps to stop current contamination, the legacy of years of past pollution remains very much at large in river sediment with a proper clean up of past contamination still waiting to take place.

At one site where tests were taken downstream from a wastewater treatment plant near Ústí  nad Labem high quantities of DDT, hexachlorobenzene and organochloride pesticides were found. The banned chemical hexachlorobenzene was often used as a pesticide until it was found to cause cancer as well as other serious damage to the body.

The results have been given to the Czech environmental inspectorate which is, reportedly, carrying out its own investigations. The Ústí treatment plant is not far from the Spolchemie chemical plant.