Gov’t wants responsible spending: How does the state apparatus fare? 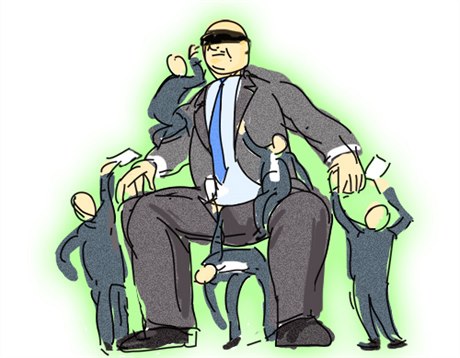 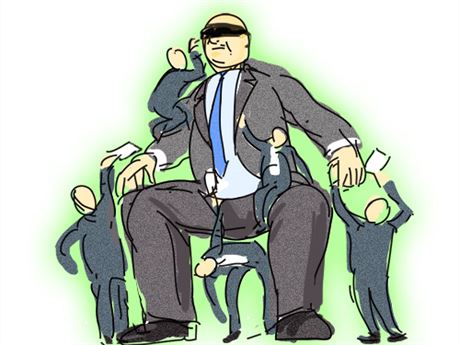 Most OECD countries have started implementing program financing, public project efficiency assessments and multi-year budgeting. The objective behind the introduction of these new techniques is to find ways to efficiently allocate public resources. This new development has not by-passed the Czech Republic [1].

The explanatory report that accompanied the submitting of the concerned proposal literally stated: “This system is introduced with the objective that resources are expended with maximum efficiency … this should always be achieved by fulfilling specifically defined goals of a program within an assigned time period.”

How to achieve the objective?

Aside from a balance sheet containing financial needs and resources also a specification of program goals is required, together with a technical and economic justification and assessment of the effectiveness of the expended resources.

We can subsequently read from the bulletins of the Supreme Audit Office (NKÚ), the website of the Ministry of Finance and from other sources as to how the original set objectives have in reality been met.

Let us quote from the conclusions of the Ministry of Finance. During the controlling activities it was established that:

·       Investment projects are not of the appropriate quality

·       Compiled documentation is not up to the required standard

·       Program supervisors fail to forcefully adhere to their obligations; they in particular make inadequate assessments of conditions set with respect to activities financed from the budget.

It is good to realize that the purpose of the application of these instruments is to find an optimal division of tasks between the private and public sectors in the provision of public services and the effective allocation of resources in the implementation of adopted programs but also to make proper decisions on the realization of alternative projects in the public sector; in short, to determine what will be done by the state and how much it will cost.

Every public expense is to be ascertained from various angles. Program financing starts with trying to find an answer to the question whether the allocation of public resources is an effective way of dealing with a specific problem. The second step is to assess what would be an effective solution to the problem. And finally, to ensure that every single expense made as part of the approved project will be effectual.

The system of program financing is, however, bureaucratic, formal and as such ineffective. Its application does not lead to optimal decisions. So if we want to get somewhere we should start here.

The success of this state intervention could have been – and should have been – measured in a different way. If those who applied for the funding could, for example, prove afterwards that, thanks to the implementation of their program, 100 unemployed received training, 50 of whom afterwards found a job and 30 managed to hold on to that job after six months then the motivation of all those participating would have been quite different. In this instance The NKÚ learned that a number of training courses were not held at all because the applicants simply failed to turn up. This, however, did not stand in the way of additional financial resources being drawn for the program – there was, after all, a drop in the level of unemployment…

Measuring the efficiency of a state is a complicated affair. How can one express in numbers that the diplomatic service is more efficient than, for example, motorway construction? Once the saying went: if you have a problem, set up a commission. Today every problem requires an audit. This, however, often leads to more money wasting. An audit of requested audits (NKÚ document KA 08/37) brought about the finding that, save for some exceptions, the results of such audits have never been utilized. There even was a case that the person who requested an audit failed to provide any input data, ordering complementary checks after the contract with the auditor had expired. Nevertheless, not even after all that were the final recommendations of the auditor ever heeded…

The extent of the problem is reflected in the fact that the state budget has almost doubled during the past ten years.

Here are the data for 2010: The state budget's total revenue was set at roughly 1022 billion, expenses at almost 1185 billion resulting in a deficit of almost Kč 163 billion.

It would be nice if efficiency increased at the same rate wouldn't it?

Foreign experience shows that successful countries in this regard devote considerable attention to the allocation of public resources. The French budget, for example, is divided in missions, programs and activities. Debates and controls are conducted in parliament which has the right to reject the financing of missions and programs and approves all government expenditure and programs. Performance indicators have been set in advance with regard to each mission and program but also for each individual expense which are divided in the following categories:

In the Netherlands a reasonably successful reform lead to programs and resources being assessed according to the following approach:

Thus we could analyze country after country. But our main conclusion would anyway be that introducing the system of program financing will not bring any substantial improvement if it retains its formal character with an emphasis on the administrative side of things as opposed to a more pragmatic approach. Each program should be subjected to opponency. Every economic argument needs to be defended and the result must subsequently be objectively assessed. Every scientific, analytical or economic instrument should be supplemented with a competent and motivated human “factor.”

An effective system of effective allocation of public resources would in itself narrow the space for corruption. The question remains why this area has been largely ignored by the anti-corruption strategy…