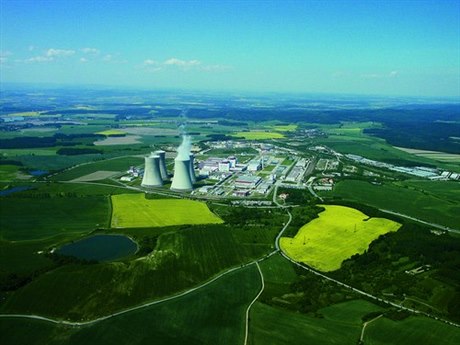 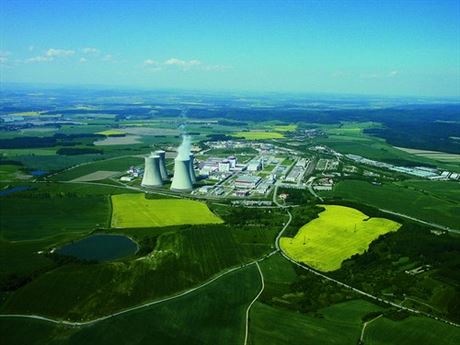 The planned construction of third and fourth reactor blocs at the Temelín nuclear power plant operated by state-controlled utility ČEZ will be the largest investment project in the Czech Republic’s post-communist history. In order to make an informed choice on the winning bid, it is essential that the government analyzes all information on the various aspects of the project.

Analysis no. 1 - The weak points

Prime Minister Petr Nečas (Civic Democrats, ODS) is due to present an analysis of the weak points of the Temelín expansion for approval by the government by the end of September 2011. Bartuška has spoken at several recent conferences about the potential problems of the expansion, the largest of which is perceived to be the expansion of the grid’s capacity to distribute the extra power generated.

The new power lines required will have to traverse several regions and the planning process will undoubtedly be long. Czech grid operator ČEPS says it can build the new lines within two years, but negotiations with the regions, districts and individual landowners will take around 10 years.

Analysis no. 2 - How to impose the government’s will

Nečas is to submit an analysis of what legal means the government can use to implement its will by Dec. 15. This is not an issue for the Temelín expansion as such because the government has a 70 percent stake in ČEZ, the power company that owns and operates Temelín.

But what will happen if a large European energy concern also wants to build a nuclear power plant in the Czech Republic? Apparently, such a scenario is not altogether hypothetical, and therefore the analysis is to investigate the legal ramifications. The analysis may conclude that the only effective instrument for implementing the interests of the state in the nuclear energy sector is through the State Office for Nuclear Safety (SÚJB).

Analysis no. 3 - World powers and neighbors

‘The US, France and Russia will pay great attention to the Temelín expansion tender in all ways imaginable and unimaginable.’The third set of potential problems is relations with the states whose entities submit offers to build Temelín 3 and 4, and also with neighboring countries. Nečas is due to submit this analysis by the end of April 2012. Companies from the US (Westinghouse), France (Areva) and Russia (Rosatom) have said they will submit offers and some strain in relations with the countries whose companies don’t win can be expected.

The Czech Republic must also define how it intends to deal with neighboring states that don’t intend to harness nuclear power (Austria and Slovakia), and also with Poland, which is considering constructing a nuclear power plant. Germany is a special case, in as far as the country is officially opposed to nuclear energy, yet has approved the extension of the lifespan of existing nuclear plants in the country and is expected to buy a considerable amount of energy produced by the expanded Temelín plant.

Analysis no. 4 - Flexibility and references

Analysis of the technical capabilities and references from other projects realized by the tender applicants is considered as by far the most important part of the government’s preparations. Even if the best offer wins — as it should — it’s very possible that due to the complexity of the project complications will arise causing not only delays, but also a considerable rise in costs.

The construction of generation III and III+ pressurized water reactor blocks has demonstrated that such projects test the limits of the capabilities of modern civilization. Projects in various stages in Europe (Areva), Russia (Atomstroy) and China (Westinghouse and Areva) should serve as very useful references for the Czech government when formulating its choice of provider.

Analysis no. 5 - Who will finance what

The Temelín expansion is the largest investment project in the history of the Czech Republic, and the structure of the project’s financing is obviously a crucial aspect. One of the main questions will be whether some of the costs can be transferred to the constructor.

Nečas will submit this analysis at the end of August 2012 at the earliest, but no later than three months after the tender applicants have submitted their offers.

Analysis no. 6: How to turn down giants

The last analysis will be of the potential consequences for relations with individual countries whose subjects’ bids are rejected and should be put to the government in December 2012. How to politely reject the unsuccessful offers will be a sensitive and important task.

By way of example, the government’s Temelín commissioner Václav Bartuška reportedly cites the tender for the nuclear plant in Abu Dhabi, United Arab Emirates (UAE), which was won by a South Korean-led consortium, while the French, Japanese and American offers were rejected. Explaining the outcome of the tender was by no means straight forward for the UEA, especially given that the US acts as guarantor of the state’s security and the French opened a military base there during the tender.

The US, France and Russia will pay great attention to the Temelín expansion tender in all ways imaginable and unimaginable. It will certainly be interesting to see how the Czech administration and diplomacy face up to the challenge.