Gov’t proposal blocks rather than opens path to national referenda

Coalition gov’t proposal for nationwide referenda is not aimed at allowing citizens the opportunity of wielding power, rather the opposite 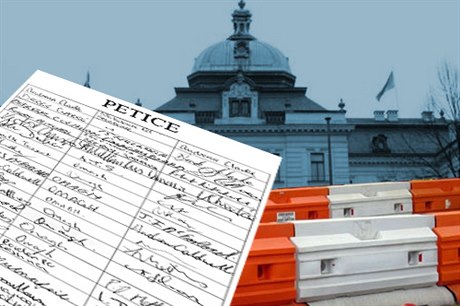 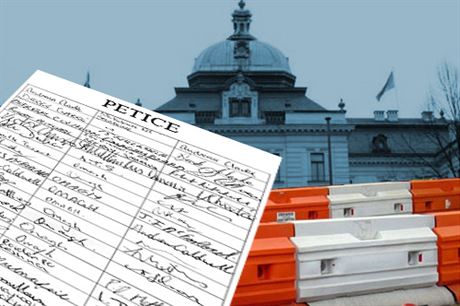 It was heralded as a major step when the Cabinet of PM Petr Nečas (Civic Democrats, ODS) approved the proposal for a constitutional change paving the way for nationwide referenda. But the move on March 28 did not perhaps get all the attention it deserved after a previous 20 attempts to do the same had stumbled. Most of the previous attempts were piloted by the main opposition party the Social Democrats (ČSSD) and faltered on the opposition of the right-of center ODS.

The ODS argument was that direct democracy would undermine representative, or parliamentary, democracy. Elected representatives would be tempted to duck their responsibilities because of the direct “will of the people” expressed in referenda. The second article of the constitution promising that a constitutional act would make clear when the people could directly exercise their power thus went unfulfilled. The sole nationwide referendum held so far was in June 2003, according to a one off law, on entry into the European Union.

ODS opposition to the idea of referenda underwent a swift change following the elections of May 2010. For the first time since 1992 the party did not enjoy a majority in the government it was participating in and — under pressure from junior coalition partner Public Affairs (VV) — had to bow to the demand for direct democracy being included in the coalition program. This was to manifest itself in direction elections for the president and a further constitutional change allowing nationwide referenda.

The precise formulation of this promise in the coalition’s program declaration is worth looking at, although most citizens will not have much enthusiasm to consult such a dry document. The passage reads as follows:

The government will prepare a draft amendment of the Constitution which will permit the direct election of the President, and a draft constitutional Act on the Conditions for Declaring and Conducting a Referendum, based on the following principles: If no fewer than 250,000 citizens submit a proposal for the conduct of a referendum on a specific question, the government is obliged to submit a draft of a Constitutional Act on this specific question to the Chamber of Deputies of the Czech Parliament no later than 90 days from the day that the proposal is received by the government; a list will be established of questions on which a referendum may not be called.

The idea that the lower house of parliament will supervise the running of referenda thus fully falls within the original conception. Nečas summed up his view of the measure in his post-Cabinet press conference. “The [proposed] law has been submitted in order that it should be passed and so that that a tick can be put in the box of completed government program priorities,” he said. Nečas should be congratulated for his frankness.

‘The [proposed] law has been submitted in order that it should be passed and so that that a tick can be put in the box of completed government program priorities.’

If the constitutional change is supported in parliament, which in the words of our beloved head of state is in the hands of the gods, then nationwide referenda can become a reality. In fact, however, referenda are only likely to take place if the planets are lined up in a certain conjunction to favor the fact or some other such miracle takes place.

The basic demand for a referendum to be held is backing from 250,000 citizens aged 18 or over. And, first of all, they will have to agree on the wording of the question to which a simple “yes” or “no” can be given.

Compared to Slovakia, where 350,000 citizens are required for a referendum to be automatically declared by the president, the Czech demands are less strict. But Nečas has put some other obstacles in the way. After the petition for a referendum and the wording is received by the government, a proposal must be made within 60 days in the lower house for the referendum to take place.

The government must also take another step, it must seek out the opinion of the Constitutional Court on whether the question being proposed is one which complies with the subjects which referenda are supposed to cover.  If the court disagrees then the proposal to hold a referendum can proceed through the lower chamber and it will simply fall by the wayside. Both house of parliament can also ask for the court to review the applicability of the referendum question.

If we imagine that principle of referenda had opponents in both house of parliament and the possible of three different filings for opinions in the Constitutional Court, government, lower house, and Senate, and no lightning response from the court, then we get a picture of the sort of marathon that clearing the referenda question could come up against. It would be excessively optimistic to imagine that neither houses of parliament nor the government would not turn to the court to raise questions of the question to the posed to citizens.

The referendum proposal must be approved along the format of an electoral law, meaning that both the lower and upper house must approve exactly the same worded proposal. There is no room here for the legislative ping-pong where the Senate sends back a different text and the lower house can override the changes with a minimum tally of 101 votes in the 200-seat house. And because parties will not be able to give instructions on how to vote to their members of parliament, this opens the way for individual opponents to seek ways to torpedoing the change in the face of the wishes of party headquarters.

Nečas explained that  members of parliament would have to explain themselves to their voters if they took such a route, but this had not really got rid of the impression that this whole proposal is rather vague and just a formal step to show something being done without the likelihood it will really come to anything.

The procedural steps from a petition to national referenda are constructed in such a way that it seems clear that hardly any of the former will make it all the way and be put before citizens. And if one by chance does make it through the obstacle course and is declared by the president of the republic, then at least 50 percent of registered voters will have to participate and at least 51 percent must be in favor of the question for the result to be meaningful.

Such high participation could only be envisaged if referenda, like in Switzerland, were a historical part of civic life and if citizens regarded it as a civic duty to express their opinions on such issues affecting them.

The demand for such a high turnout has killed off the possibility of most local referenda and the same holds true for those held on a nationwide scale. Initially the coalition text included the demand for a minimum 35 percent participation, but this was later raised to 50 percent.

Such high participation could only be envisaged if referenda, like in Switzerland, were a historical part of civic life and if citizens regarded it as a civic duty to express their opinions on such issues affecting them. Neither the first or second assumption holds true in the Czech Republic. Our history is different.

Few people know that the proposed constitution for Czechoslovakia from February 1920 counted on the idea of nationwide referenda. The government proposal for this was, however, refused by the National Assembly.  The parties therefore became the intermediaries for the people’s power .

The question being put to the people will therefore have a crucial role in whether the required participation will be reached. When deputy prime minister Karolína Peake (VV) was asked on Czech Radio what sort of questions she thought referenda could be about she replied she was caught somewhat unawares. “A specific question does not occur to me given the fact that I can propose such issues directly through the normal legislative process,” she replied.

One of  Peake’s government colleagues has suggested eventual entry into the eurozone might be a topic for a referendum,  otherwise there have been no offerings about the questions that could be put. Why such a scarcity of invention?

The government has, of course, set out a list of areas where referenda questions should not be posed. These, for example, should not put into question the foundations of a democratic state, the normal functioning of the state, respect for basic him rights and freedoms, established international obligations, tax questions, the merits or not of individuals to occupy certain public posts, or the security of the state.

Given that administrative questions, issues touching on the rights and responsibilities of individuals, the exercise of constitutional and legislative power, the scope of the Supreme Audit Office, all seem to be outside the remit of referenda, then perhaps the only sort of question that would fit the Nečas made formula would be something like “Do you agree that the sun rises in the morning and sets in the evening?”

To conclude, the government appears to have formulated a constitutional bill in nationwide referenda which is intended to limit their use. It would be more honest to tell citizens that openly rather than make fools of them with their money. It will perhaps reinforce the impression that this government is weak and unprepared to take an audacious step that would increase the direct power of citizens to exert power and diminish their own executive decision making.