Trade unions say they will push for wage rises to cover extra cost of living, call Czechs to anti-gov’t demo on Saturday 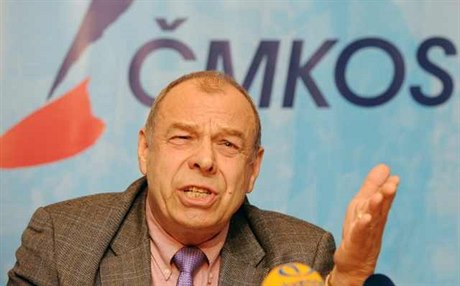 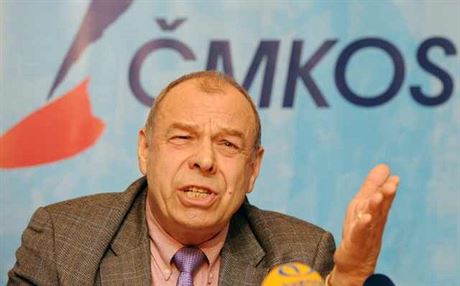 Higher value added tax (VAT), consumer and income taxes, and higher health insurance contributions approved by the government will result in Czechs on average salaries losing a minimum of Kč 11,230 a year as of 2013, a trade union official told reporters on Thursday.

Martin Fassmann, the economic expert for the Confederation of Czech-Moravian Trade Unions (ČMKOS), said the center-right coalition government’s latest round of planned spending cuts and tax hikes will stifle growth. The measures have yet to be discussed in the lower house of parliament, where the government has a shaky majority, and must also clear the opposition-controlled upper house, the Senate.

“If these reforms are launched, we will very quickly find ourselves in the same situation as Greece, which for the third year in the row is making savings which are leading to the complete destruction of public finances and to crisis,” Fassmann said. “This is exactly the way for the Czech Republic to get into a spiral of decline in wages, earnings, public budgets, and so on.”

With its latest draft package of austerity measures, the government is aiming to reach budget deficit targets of under 3.5 percent and stem the growth of the country’s overall debt. “We will want employers to cover the fall in earnings. We will demand it,” ČMKOS chairman Jaroslav Zavadil announced.

According to the confederation of unions’ calculations, Czech residents earning an average salary are in real terms already worse off by Kč 248 per month due to the rise in VAT as of the beginning of 2012. The further rise in VAT rates that the government wants to impose as of January 2013 would lead to a further monthly loss of Kč 153, it says. The planned higher consumer tax will cost the average Czech earner Kč 61 more per month, and the projected rise in health insurance and income tax to Kč 475.

After employees, the group that the cuts will affect most are pensioners, who in 2014 will in real terms receive 7 percent less than at present, Fassman said.

The government’s assertion that the austerity measures will affect all members of society equally is simply not true, he said, arguing that thanks to a planned reduction in social welfare payments for the self-employed, the majority of entrepreneurs in this category will actually be better off.

ČMKOS chairman Zavadil said he hopes people will fill Wenceslas Square in Prague on Saturday, April 21, “to show their lividness” at a demonstration organized by the federation of unions. ČMKOS is comprised of 32 unions with a total of roughly half a million members.

According to the public broadcaster Czech Television (ČT), unions representing metallurgic workers are planning the largest organized trips to Prague, providing 40 buses and a train with 13 carriages for their members.