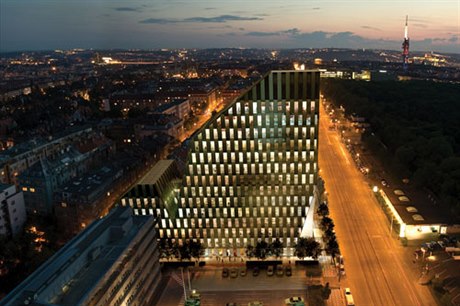 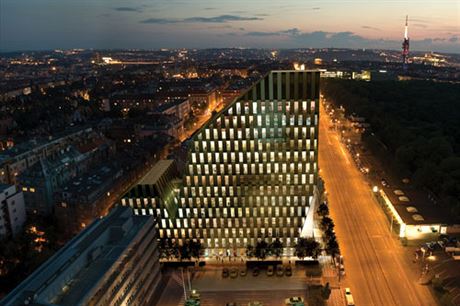 GES Real announced this week that construction of its 13,648 sqm Crystal Prague office building will commence in H2 2011 and be completed in approximately 18 months after the cornerstone is laid. The office will be located in the Vinohrady (Prague 3) distrcit in close proximity to the Želivského metro station.

TV Prima is expected to relocate its headquarters near Palmovka metro station to Crystal Prague and take up around a quarter of the building although no contracts have been signed yet. Petr Babulík of GES Real said that negotiations with the television station, part of the Swedish entertainment broadcasting group MTG, were ongoing.

Crystal Prague was designed by the architectural studio Atelier 15 under the direction of Libor Hrdoušek and the architect Radek Lampa. The name of the 14-story building is derived from its asymmetrical crystal shape.