A survey of German investors in the country has found a growing dissatisfaction with the businesss environment and demands for change. 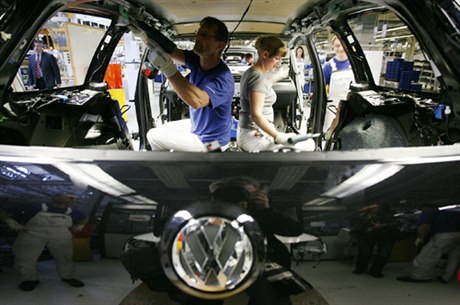 New orders are up in the Czech Republic and Germany, but prices for raw materials such as metals have risen and are increasing inflationary pressures foto: © Reuters, Česká pozice 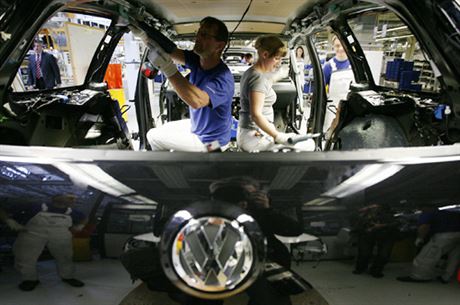 Around 30 percent of German investors in the Czech Republic would not invest in the country now if they were given a choice, according to a survey carried out by the Czech-German Chamber of Commerce (ČNOPK).

The latest figure represents a jump from the 20 percent of firms who had cooled over their Czech investments in a 2010 survey and 19 percent  in 2009.

Czechs poor record for making payments on time, insufficient legal protection, lack of transparency regarding public tenders and the poor state of public administration are among the main stumbling blocks cited by the surveyed companies.

“The results of our survey show that most German firms are happy to do business here. But a lot needs to be done to keep it that way,” chamber board member Bernard Bauer said in a press release. He added that the chamber would push for structural reforms in the Czech business environment this year.

The Czech Republic not being a member of the single currency eurozone is also a subject of ongoing complaint from foreign investors forced to meet the extra costs of currency conversion or hedging their exposure to changes in exchange rates. Two-thirds of the survey’s respondents said they would like the Czech Republic to ditch the crown and adopt the euro, even though almost none of them thought this likely before 2020.

On the positive side, the survey showed most German-controlled domestic companies upbeat about the current Czech economic situation. Some 30 percent said the current situation was good, with a further 58 percent saying they were satisfied. Just short of three-quarters said they expected the situation to get better during the remainder of the year with 11 percent expecting it to get worse.

Germany is the biggest trade partner of the Czech Republic and biggest foreign investor. German companies are estimated to have accounted for 26 percent of foreign investment in the country since 1993, or around Kč 18.2 billion. The chamber estimates that around 4,500 German controlled companies are active in the Czech Republic, the biggest being auto producer Škoda Auto which is controlled by the Volkswagen group.