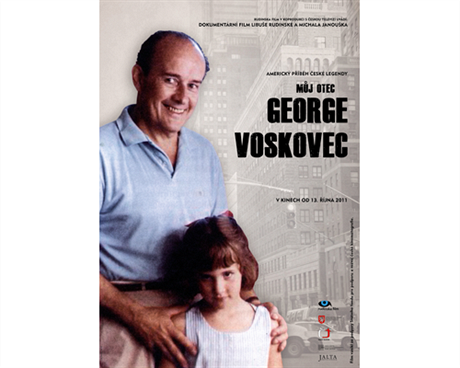 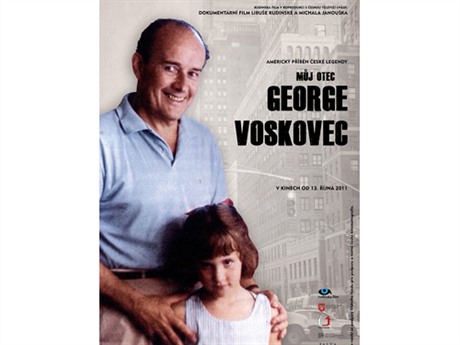 The team of Jiří Voskovec and Jan Werich were two of the most notable talents of 20th century Czech culture. As seminal as their partnership was, though, their split was equally significant; both fled their homeland in 1939, but Voskovec opted to emigrate to the US, eventually becoming a citizen in 1995, while Werich decided to return to communist Czechoslovakia. Now a documentary tells the story of Voskovec’s American years.

Jiří Voskovec was born Jiří Wachsmann in Sázava (Benešov District) and died George Voskovec in Pearblossom, California in the Mojave Desert. He became famous in Czech avant-garde theater together with fellow actor Jan Werich and composer and pianist Jaroslav Ježek. Their work together in the Liberated Theater (Osvobozené divadlo) as well as in their exile in the US during World War II has remained of lasting importance and proven influential to later generations of Czech theater and film artists.

“My Father George Voskovec” (Můj otec George Voskovec) tells the story of Voskovec largely through interviews with surviving family and friends, particularly his youngest daughter, Gigi. Having the perspective of a close family member makes a vital difference as the discrepancies between Gigi’s accounts and those of a host of other friends, colleagues and acquaintances makes clear.

From the outside, Voskovec’s life in the US resembled many other foreign-born actors forced to leave their native lands and try to make a living in Hollywood or the theaters of New York. There was the ever-present obstacle of language, forcing a skilled actor to confine himself to character roles with foreign accents.

One of the strongest accounts in the film is an interview with director Miloš Forman talking about Voskovec’s mastery of the Czech language but how he could not cast him in his current film because there were no parts for an someone with an accent. Josef Lustig, son of the writer Arnošt Lustig, is even more frank, telling how Forman avoided Voskovec’s questions about a role by stepping away to the toilet.

According to Lustig, Forman said that Voskovec remained an excellent theater actor but overacted in American films and was little more than a character actor.

In spite of the evident professional difficulties, Voskovec found work, and, according to his daughter, retained his sense of humor and love of life. The film shows how beyond casting calls he certainly had his share of challenges to overcome.

The opening scene is set on the now abandoned Ellis Island. Voskovec was interned there in 1950 due to suspicions that he was pro-communist. Later, when his daughters insistently asked him to take them to the Statue of Liberty, he refused, saying he had spent 11 months “looking at her ass.”

When his wife Anne Gerlette died in 1958, he struggled to raise Gigi and her older sister Victoria in their apartment on Washington Square in New York City. When he met Christine McKeown soon after, it ended a period of terrible loneliness yet set off a painful dilemma when she insisted he choose between her and his daughters.

Gigi recounts without any bitterness how he chose Christine and put her and her sister into the care of some of their new stepmother’s family members willing to raise them. The film includes some interviews with Christine as well, but she does not touch on family issues and focuses more on the personality of Voskovec and the life they led.

However far he was from his beloved Czech theaters and cultural home, he clearly did his utmost to make the best of his situation. There were productions of Shakespeare with Richard Burton and Elizabeth Taylor followed by nightly parties, and friendships with Michael Douglas, among other Hollywood stars. Voskovec would work together with Burton on film in 1965 in “The Spy Who Came in from the Cold” and with Elizabeth Taylor in “Butterfield 8.”

Voskovec also maintained some Czech connections, notably his friendship Jiří Planner, whom the film shows meeting Gigi again for the first time after 35 years. Václav Havel is also interviewed about his meetings with Voskovec, and photographs showing a young Havel together with the actor are included in the film.

One of the best interview subjects was Romanian-born director Andrei ?erban, who directed Voskovec in a critically-acclaimed 1977 production of Chekov’s “The Cherry Orchard” starring Meryl Streep and Raul Julia. Like Voskovec’s daughter, he thought of the Czech actor as less unhappy than as an impressive professional able to bring his experience to bear on his part.

Much of Voskovec’s acting work through the ’60s and ’70s until his death in 1981 came on TV series such as “I Spy,” “Hawaii Five-O,” “Mission Impossible” and “The Streets of San Francisco.” For American movie audiences, though, Voskovec’s most memorable performance will likely remain as one of Henry Fonda’s fellow jurors in Sidney Lumet’s classic 1957 drama “12 Angry Men.”