Gazprom announces that 20 BCM of gas currently delivered to Czech Rep. and Germany via Ukraine will be diverted to the Nord Stream 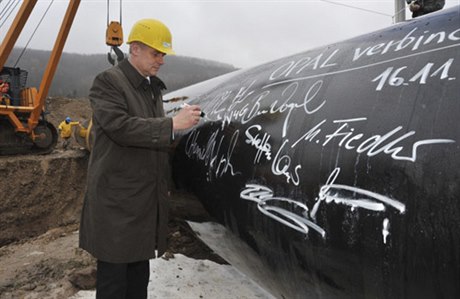 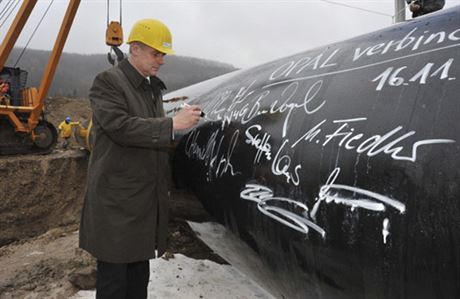 Twenty billion cubic meters (BCM) of gas now delivered to the Czech Republic and Germany every year via Ukraine will soon be diverted to the North Stream pipeline. Speaking in Brussels on Wednesday, Gazprom boss Alexei Miller said the pumping of gas into the recently completed first branch of Nord Stream will start in June, and as of October, 27.5 BCM will be delivered via the submarine pipeline.

According to an unnamed gas expert cited by the Russian business daily Vzglyad, Ukraine stands to lose considerable revenues from lower Russian gas transits. “Ukraine’s annual loses could reach $1 billion in overall revenues from gas transit,” the expert said. According to various sources, Ukraine currently earns $2.7 billion to $3 billion annually from transit of gas from Russia to the EU.

Following the launch of the second branch of Nord Stream, which, as announced by Miller on Wednesday, is scheduled for October 2012, Russian gas transits via Ukraine will drop from the current level of around 100 BCM to 70-80 BCM annually.

This projection does not, however, take into account the planned South Stream route. Vzglyad’s gas expert estimates the chances of South Stream being built are only 40 percent.

Nevertheless, Gazprom and Italian state-controlled Eni — the minor partner for the project — are pressing ahead with planning for the pipeline which has a projected capacity of 63 BCM per annum. If completed, a further 43 BCM of Russian gas currently delivered to EU and southeastern European markets via Ukraine would be diverted to South Stream.

Miller was in Brussels on Wednesday to lobby the European Commission and heads of Europe’s gas sector to support the planned South Stream pipeline, which is planned to run from Russia, under the Black Sea via Turkish waters, to Bulgaria and onward to southeast and central European markets with a branch line to Italy. If implemented, this planned route would also bypass Ukraine.

Gazprom is seeking EU approval of the project as a priority Trans-European Network (TEN), which would ease the bureaucratic and administrative obstacles for the project.

At a recent press conference in Prague to present results for 2010, RWE Transgas managers stressed the diversion of deliveries to the Czech Republic from the Ukrainian route to Nord Stream will not affect prices due to long-term purchase contracts Czech gas retailers have with Gazprom.

Experts agree that the Nord Stream, which runs from the Russian coast under the Baltic Sea directly to Germany bypassing transit states, will enhance security of supplies an should eliminate the potential for a cutoff of supplies like that experienced in early 2009, when, against a background of political tensions between Moscow and Kiev, Russia and Ukraine failed to agree on the gas prices. The cutoff resulted in total cutoffs of gas in some southeastern European states.

In 2010, RWE Transgas delivered 61 percent of the gas sold to end consumers in the Czech Republic.