French connection tipped as a frontrunner for ČEZ nuclear partner 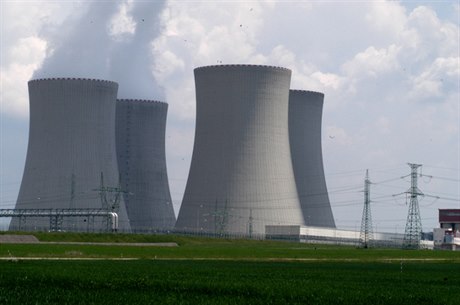 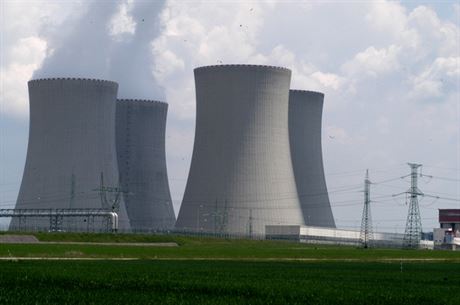 Czech electricity giant ČEZ says it will sound out major power companies, including what it regards as its main power production rivals, with regard to the search for a strategic partner to share the costs and risks of building two nuclear reactors at its Temelín plant.

ČEZ general manager Daniel Beneš said Thursday the main target would be “power producers like ourselves.” He told Czech Position that German energy companies RWE and E.ON as well as France’s EdF, which he described as the Czech company’s main rivals, would be sounded out as well. “I would be very pessimistic given the political situation with regard to nuclear power in Germany whether RWE and E.ON would be interested,” Beneš added. When pressed about the state-owned French electricity giant, Europe’s biggest producer of electricity from nuclear power, the ČEZ boss replied “Why don’t you ask them yourself?”

Many regard EdF as a frontrunner to team up with ČEZ on the basis of its nuclear know-how, expansion ambitions, ever closer energy ties between Prague and Paris and the fact that it already tried but failed to take over the Czech power company when it was put up for sale in 2001. Nuclear know-how would appear to be a plus factor for any potential partner, but a lack of it would not appear to be a deal breaker.

‘EdF would probably be on the top of the list.’

“EdF would probably be on the top of the list [of potential partners],” commented Bram Buring, an analyst with Prague-based brokerage Wood & Company. “Generally speaking it is likely to be the French or ENEL,” he added, referring to the Italian state-controlled power company.

ENEL has limited nuclear power experience in its Italian home market but is completing two nuclear power plants in neighboring Slovakia through Slovakia’s biggest electricity company, SlovenskéElektrárne, in which it has a 66 percent stake.  Buring also mentioned Nordic power company Fortum, which concentrates on nuclear and hydro power, as a possibility in spite of its problems with its ongoing nuclear power expansion in Finland.  Patria Finance’s Tomáš Sikora also said EdF stood a good chance to be ČEZ’s chosen partner, adding though that he had not investigated all the possible contenders.

EdF announced its continued global expansion ambitions when it declared its 2011 results in mid-February. The company’s chairman Henri Proglio picked out Central Europe as “a region with very great potential” in his question and answer session with analysts.

“I would not rule out the Asians. They would like to get a foothold in Europe because that would represent a decent learning experience for them,” Buring added, saying that South Korean and Chinese power companies might be contenders. South Korean power engineering company Doosan is already present in the Czech Republic through its ownership of Plzeň-based Škoda Power  Buring pointed out.

Beneš confirmed Thursday that ČEZ will be seeking to keep majority control of any joint venture focused on the two new Temelín reactors.  “We will need to have at least half [of the JV],” he said. That message was already given out when Czech Position broke the news in February that the biggest power company in Central Europe had appointed French bank BNP Paribas to help it find partners to finance the estimated Kč 150-200 billion costs of Temelín’s expansion.

‘We will need to have at least half [of the JV partnership].’

Continuing the French connection, nuclear industry sources have point out to Czech Position that French and British banks are currently the most enthusiastic financiers of nuclear power projects.

The ČEZ boss insisted that the search for a possible strategic partner is still a “conditional” issue, with the near 70 percent state-owned power company maintaining the option of financing Temelín from its own resources and with the help of bank and other loans. “There is nothing forcing us to do this,” Beneš stressed on Thursday.

The selection of a possible partner would come after ČEZ has chosen which of the three nuclear bidders for the Temelín construction contract, France’s Areva, US-based Westinghouse, or the joint-venture of Russia’s Atomstrojexport and Škoda JS, will get the massive contract. Beneš insisted Thursday that the possibility of EdF as a partner would not tip the scales of the construction tender in favor of Areva.  “This will have no influence on the speed or result of the [construction] tender,” he commented.

Sharing the costs and risks of Temelín’s completion has the big plus for ČEZ of freeing its hands for other investments over the next decade or so. These include its ongoing ambitions to expand into renewable power in Poland and Romania and the possibility of proceeding with the construction of a nuclear power plant in Slovakia.

The Slovak nuclear plant is now being enthusiastically backed by Slovakia’s recently re-elected SMER SD Prime Minister Robert Fico who has urged for preparations to be speeded up. A feasibility study into the Slovak nuclear plant at JaslovskéBohunice by a joint venture between ČEZ and Slovak state nuclear company JAVYS should be completed by the end  of the year,  Beneš confirmed on Thursday.

ČEZ announced it would look at the possibility of a strategic partnerr for the completion of Temelín on Wednesday.