Vietnam to be bombarded with top Czech ministers who cannot — or will not — coordinate their foreign trips, despite the added expense 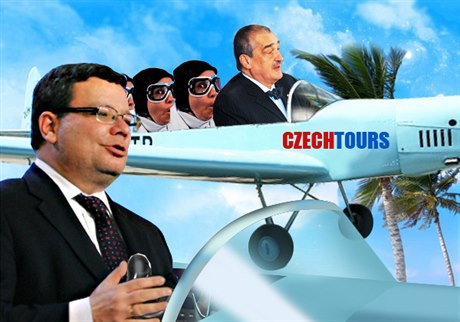 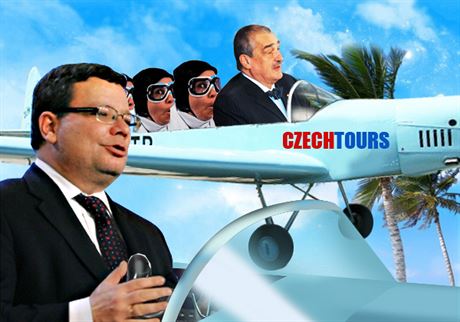 Czech Foreign Minister Karel Schwarzenberg (TOP 09) is flying to Vietnam today on an official visit. Hot on his heels a week later will be another top Cabinet member, Defense Minister Alexandr Vondra. (Civic Democrat, ODS), who takes off in a government special with his officials and a similar contingent of businessmen to the same destination.

While the visits will no doubt do much to boost Vietnam’s self image of a fast-developing, rising southeastern Asian country — and one that already features on a Ministry of Industry and Trade (MPO) shortlist of countries where Czechs should do more to boost exports — the reasons for the duplication of trips and public spending is far more mundane.

Czech Position has established that the two Vietnamese trips stem from rivalry between the main coalition party, the ODS, and a junior member, TOP 09 (the third coalition member, Public Affairs (VV) are not in the mix). The ODS and TOP 09 are jostling to be the main force on the center-right and main driver of Czech foreign policy, and are doing so now on some rather petty levels.

Top 09 leader Schwarzenberg and Vondra were unable to agree on a date to visit Vietnam, so instead of going together as part of a joint Czech delegation they proceeded separately. And failure to agree who goes where on foreign trips to fly the Czech flag only appears more striking when the more general picture is examined. ‘We were surprised. We found out about Vondra’s visit to Vietnam afterwards from our embassy in there.’

The Ministry of Foreign Affairs has long complained that other ministries fail to inform it of their respective leaders’ official trips abroad — as they are meant to according to the government’s own rules and division of competences. In the specific case of Schwarzenberg’s trip to Vietnam, his officials began their planning in November; they only found out from the embassy in Hanoi that the Ministry of Defense was working on something similar when the March visit had been finalized.

“We were surprised. We found out about Vondra’s visit to Vietnam afterwards from our embassy there. However, the Ministry of Foreign Affairs always gives out information in advance of the trips that it is preparing,” ministry spokesman Vít Kolář told Czech Position.

“Bilateral visits are a means of presenting the Czech Republic abroad and should take place in accordance with the realization of the Czech Republic’s foreign and security policy,” Kolář said, adding that without foreign ministry and local embassy help such visits could not be properly prepared.

The Ministry of Foreign Affairs has, however, got used to the fact that other ministries under the current government of Prime Minister Petr Nečas (ODS) do not inform it in time — or at all — about the foreign visits they are working on.

Ironically, the industry and trade ministry’s call for a more robust export strategy and greater synergy of Czech efforts also provoked a clash with the Ministry of Foreign Affairs and looks like it could well increase the government’s travel budget still further without the hoped for coordination of efforts.

Kolář’s opposite number in the defense ministry, Jan Pejšek, says there was no lack of effort in trying to coordinate the two Vietnam trips. “We searched for a long time for a reciprocal visit by the minister of defense to Vietnam,” he said. “In the plans, we had to take account of the fact of the Defexpo 2012,” he said, referring to the arms sector fair being held in India in late March and early April. Neither the Czech businessmen nor the ministry wanted to miss out on that event.

Whatever the details of the particular cases, government officials say in private that coordination of foreign visits is perfectly possible, but they admit that the coalition government’s differences often sabotage and nullify the efforts.

After Vietnam, Schwarzenberg’s Asian tour continues with the Philippines, to be followed by South Korea and its capital Seoul. The South Korean capital is hosting an international summit on nuclear weapons disarmament on March 26 and 27. Initially, it had been expected that Prime Minister Petr Nečas (ODS) would represent the Czech Republic there but his participation was cancelled due to pressure of work.

‘We searched for a long time for a reciprocal visit by the minister of defense to Vietnam. In the plans we had to take account of the fact  of the Defexpo 2012.’

Highly informed sources from the government office told Czech Position that Nečas did not want to be away for a long foreign trip for fears that his brittle coalition might collapse.

Strains between government parties have been exacerbated in recent weeks over the direction of government spending cuts and cash raising taxes to boost depleted government coffers.

The smallest coalition party, VV, is also in the middle of the trial of its de facto leader, Vít Bárta, on charges of paying bribes to fellow members of parliament to ensure their loyalty and silence over party scandals.

The trial is expected to resume in early April and could have explosive consequences for the party, which won seats for the first time in parliament in mid-2010 following an anti-corruption campaign and has since been subject to a series of scandals that look like making it unelectable next time round.

Instead of being stuck a long way away in Asia, Nečas has preferred to limit his trips to a few short-haul journeys around Europe — with the certainty that he can be back in Prague within a few hours in case of a crisis.