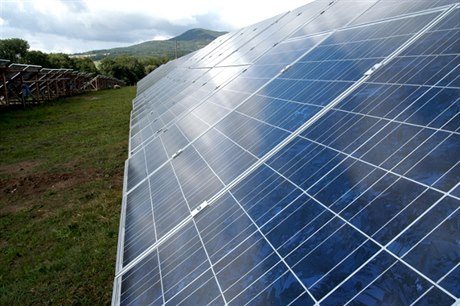 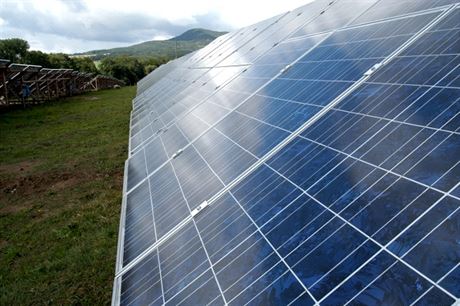 Ever since the Czech government pushed through a retroactive 26 percent tax on solar companies’ profits at the end of 2010 to stem an ongoing solar power boom the threat of a massive law suit has loomed large. Now, 11 foreign investors, all members of the International Photovoltaic Investors Club (IPVIC), have told the Ministry of Finance that within six to eight weeks they will file a lawsuit against the Czech state.

“The grace periods are over for all of the claimants,” Frank Schulte, the IPVIC’s secretary general, said in a statement this week that said the “unfair” 26 percent special levy had inflicted “severe financial damage” against the foreign investors, though it didn’t stipulate a figure.

Vitásková told reporters April 25 that, as the Czech Republic should already fulfill its pledge to the European Union to produce 13.5 percent of its overall electricity needs from renewable by 2013 (well ahead of the 2020 deadline), the state should scrap all support for new renewable power from the following year onwards.

Speaking of the potential impact solar installations, Schulte said the Czech state appears set to press on “regardless of severe damages caused to individuals and companies who committed significant financial means into projects fully corresponding with Czech legislation valid at the time of bona fide investments.”

The power plants of the international investors entering into arbitration against the Czech state have a combined installed capacity of 80 MWp. The precise amount of damages for the arbitration proceedings will be calculated by an independent valuation expert, the association said, with claims based on bilateral treaties on investment protection.

As Czech Position reported last June, a report prepared by the Finance Ministry, which will fight the Czech corner in the wave of arbitrations that are believed to be pending, highlights the warnings of one solar power grouping that total damages that the Czech Photovoltaic Industry Association (CZEPHO) estimated could cost the state Kč 250 billion — and which an August 2010 study by the University of Economics in Prague (VŠE) put at a staggering Kč 560 billion.

Radek Šnábl, an adviser to Finance Minister Miroslav Kalousek (TOP 09), began looking to assemble a “dream team” of expert arbitration lawyers around the world to defend the Czech Republic more than a year ago. At the time, he told Czech Position that names on his wish list included Zachary Douglas, an accomplished expert on arbitration at the University of Cambridge and his colleague James Crawford, a lecturer there; Stephen Anway, an arbitration specialist from the US firm of Squire, Sanders & Dempsey, who works in Cleveland and New York, and his colleague David Alexander, based in a branch in Ohio; and Karolína Horáková from the Prague office of Weil, Gotshal & Manges.

IPVIC has appointed the law firms Freshfields Bruckhaus Deringer LLP and Glatzova & Co. to represent them in the legal aspects of their discussions with the Czech state.

IPVIC is an association of international and domestic investors in photovoltaic energy. The membership consists among others of Czech-based Ren Power, German private investor Milos Schubert, German Voltaic Network GmbH and Antaris Solar, Luxembourg-based company Radiance Energy Holding and I.C.W. Europe Investments Ltd. from the UK. The installed capacity of their solar projects is 115 MWp.