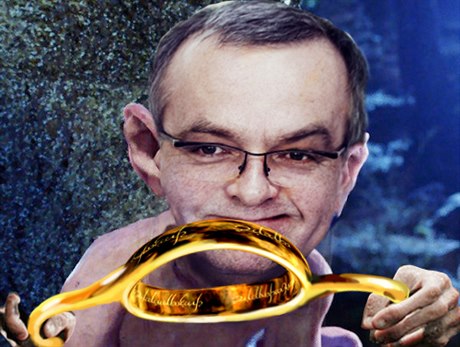 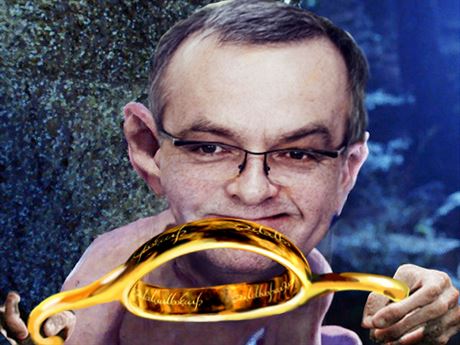 Minister of Finance Miroslav Kalousek (TOP 09) has fulfilled one of the points of the coalition government’s strategy to fight corruption and on Wednesday the government will discuss the bill drawn up by his subordinates aimed at introducing manger's responsibility and internal audits in the public sector. The legislation has one “small” shortcoming: if passed, the amendments will further complicate the already complex system of financial management and checks. The question is whether it’s the result of incompetence, or intentional.

Czech civil servants in ministries have long since attempted to block the legislation aimed at introducing genuine managerial responsibility and establishing independent internal audits. The current system is based on finances often controlled by acquaintances dating back to the period of so-called “Normalization” following the Soviet-led occupation of Czechoslovakia in 1968. The flawed system of checks currently in place has resulted in serious problems drawing EU grants and finances from national funds.

Initially the three-way coalition government (Civic Democrats, ODS; TOP 09; Public Affairs , VV) counted on replacing the obsolete law on financial checks with completely new legislation which would introduce internationally endorsed tools for financial management of the public sector. Nevertheless, around a year ago the Ministry of Finance, with the consent of the cabinet, reneged and instead started drafting amendments to the current law.

How does it work in practice?

The reality is auditors of state institutions are at the mercy of the civil servants they audit and they lack the most important basis – professional independenceKalousek’s bureaucrats in the finance ministry are taking advantage of the fact that the majority of politicians don’t have — or don’t want to have — an in-depth understanding of audit processes and preventative mechanisms which if implemented would substantially reduce senseless waste and misuse of public funds. The law on financial controls above all defines measures for endorsement of public revenues and spending, financial checks, internal audits and basic rules of economic management and efficiency. But the law has major shortcomings.

The system for approving public revenues and spending lacks measures defining accountability for personal responsibility. To illustrate this point, it suffices to ask the question when a civil servant or politician was last fired for approving a contract which was disadvantageous to the state. One can find a whole range of reports of suspect, or disadvantageous spending by ministries and state organs, but it’s hard to find anyone who has been brought to book for their role.

Although the fundamental basics of sound economic management are defined by the law, individual state institutions do not have binding regulations which lay down rules for applying those principles. Do politicians and civil servants approve economic and cost-effective purchases and spending which aren’t overpriced? The answer is clearly no, far from it.

A short digression: Back in 2007, in an internal government report on measures for dismissing internal auditors contained in the law on financial checks, Kalousek wrote the following: “What’s to be done with this law that everyone sh**s on?” But shouldn’t it be first and foremost the Minister of Finance who ensures that under his leadership legislation on state finances is produced which everyone must take seriously and adhere to?

Internal audits are also described in several paragraphs of the current version of the law. But the reality is auditors of state institutions are at the mercy of the civil servants they audit and they lack the most important basis – professional independence. This is something else the finance ministry has long resisted implementing, which again leaves us guessing whether this is a consequence of incompetence, or intentional.

The management, i.e. civil servants and politicians, have defeated the legal owners – the tax-paying general publicIn private companies auditors answer to audit committees which endorse yearly plans, salaries, funds for training, and discuss the results of audits. One of the prime purposes of audit committees is to defend the interests of company owners and shareholders against management, which is interested first and foremost in remuneration.

Unfortunately it doesn’t work like that in the Czech state administration and Kalousek’s draft amendments do not provide for the establishment of audit committees along such lines. The management, i.e. civil servants and politicians, have defeated the legal owners – the tax-paying general public.

“Audit committees don’t have any executive function. They can issue opinions and make recommendations, but they do not have any legal bearing. I cannot imagine protection of auditors or advisory boards. For this reason they are not mentioned in international frameworks, and the European Commission has never officially called upon us to introduce them,” Miroslav Kalousek said recently in a statement published on the finance ministry’s website.
Could it be that the real reason for Kalousek’s unwillingness to introduce audit committees lies somewhere else? The possibility to influence auditors and the results of their work perhaps?

The Czech political establishment has learnt practically nothing in this area over the past 22 years and the only thing that is stubbornly enforced is subsequent checks. Even the very name of the relevant legislation — the Law on Financial Controls, which in practice should primarily define financial management and audits — indicates what the bureaucrats in the finance ministry know best how to do: put together an army of bureaucrats who conduct checks and in their official reports note mistakes, shortcomings, or suspicious transactions when it’s already too late.

For the state and the taxpayer this is an expensive luxury, not only because these bureaucrats cost us millions in wages, but because the irregularities which they expose cannot be rectified.

Czech system with a history

Upon joining the EU the Czech Republic undertook to adjust public tender procedures to comply with the Public Internal Financial Control (PIFC) guidelines drawn up under the auspices of the European Commission and principally intended for new EU member states such as the Czech Republic. The PIFC is based on three pillars:

In practice this means having clearly defined processes for approving public revenues and spending, not just formal signing of papers as is the case now. According to PIFC guidelines, verification is a managerial tool applied before any invoices are paid, the managers of state organs are responsible for erroneous spending, and internal auditors check systems and specific projects independently.

The PIFC is a two-tier model in order to ensure harmonization and to avoid uncoordinated controls and audits, which independently of each other cannot expose fundamental circumstances and result in repeated controls of the same areas, or which can serve as a tool for manipulation.

In a report explaining the proposed amendments to the law on financial controls, it may appear that Kalousek’s civil servants fully understand these principles and want to implement a system based on the PIFC pillars:

“The most significant change is the introduction of a two-tier system of financial checks in order to approach the good practices of the countries of the EU. Specifically, this entails placing the conduct of audits in public administration under a system of financial control so as to enable proper division of financial management from the activities of internal auditors. It is presumed that responsibility for some of the standard controls of state administration is to be transferred to [independent] audit bodies,” the report reads.

But the reality is different. Below is a list of the separate elements which comprise Kalousek’s system:

From this it is evident the whole system is non-transparent and the individual instruments and systems for controls overlap. The financial authorities are either part of the system, or are not. How can one tell? When in practice wasteful or erroneous spending is exposed, it’s often the case that no one is found to have broken any rules, thus personal responsibility cannot be applied.

Additionally, the finance ministry is to conduct so called economic management overviews. In this way regions and districts will be subject to further reviews of spending. When put together, Kalousek’s proposed amendments provide for a system with at least seven tiers and that is without counting the other laws under which financial checks are conducted in the Czech Republic, such as the required formal checks by the Supreme Audit Office (NKÚ), and checks by EU institutions.

The audits of public administration outlined above are the central point of Kalousek’s proposed amendments. But shouldn’t the taxation authority aim to improve tax collection? Greater involvement of financial authorities in checks of economic management may appear to be a new initiative, but its roots can be traced back to the Normalization period and the building of socialism on the model of “independent” monitoring by the Communist Party apparatus.

We’ll even save money – apparently

The “watchdogs” will have even greater control over grants in order for the Ministry of Finance to wield even greater powersThe report accompanying the proposed amendments also contains the following: “There will be no rise in the cost of execution of control activities because the legislation does not count on the creation of any new posts, but the regrouping of personnel within the framework of internal organizational structures according to the organs of the state administration counting on the implementation of the relevant organizational measures.”

This demagogy is the worst thing the bureaucrats want to serve up for us; herein is a hidden message that on the one hand further controls and audit procedures are to be introduced. The “watchdogs” will have even greater control over grants in order for the Ministry of Finance to wield even greater powers. Some form of audit body is to be introduced within the state administration without the senseless state administration control being abolished. On the other hand there will be the same number of bureaucrats to both conduct internal audits according to the amendments, and at the same time formally sign papers approving revenues and spending.

So what will the upshot of what the self-declared “anti-corruption” government plans to discuss on Wednesday? If the amendments are passed, there will be a further splintering and consequently further paralysis of the management and control apparatus of public institutions in the Czech Republic. Kalousek’s finance ministry will acquire yet more powers and instead of concentrating more on tax collection, at which it is not successful, it will further burden recipients of grants. At the same time personal responsibility for mangers in state organs will remain inapplicable; instead of strong, well-functioning independent internal audit bodies, controls will continue to be conducted like under communism.

Thus for the third and last time we ask: is Kalousek’s proposed amended bill the result of incompetence or is it intentional? To use the finance minister’s words, will everyone continue to s**t on proper and thorough management and control of public finances?