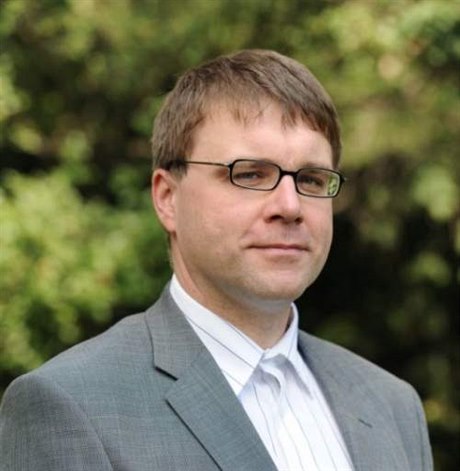 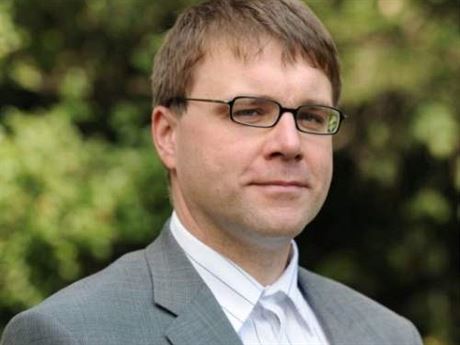 Czech judicial expert on extremism Michal Mazel says he is tired of being attacked due to his professional activities and Jewish origin and is calling for special commissions to replace judicial experts to assess cases of racism and political extremism. The last straw for Mazel was the objection of his assessment by a lawyer defending a far-right activist from the Workers’ Party for Social Justice (DSSS).

The DSSS activist, a 22-year-old woman named Lucie Šlégrová, is currently on trial in the district court in Most, northern Bohemia, on charges of inciting ethnic hatred in a speech she delivered on November 17, 2010, in the Janov district of the town of Litvínov. Her lawyer, Petr Kočí, has filed an objection to an assessment submitted to the court by Mazel on the grounds that he is compromised by his Jewish origins.

“As a person of Jewish origin, the judicial expert unarguably has a very sensitive view of the issue of the Shoah [Holocaust] and German national socialism, and like a large portion of those from the same ethnic group, he has a tendency to react with heightened sensitivity, which could lead to inappropriate personal reactions to any tendencies in this direction. Therefore, it’s understandable that the expert perceives an anti-Semitic context in the term ‘chosen people’, i.e. Jews, but by which the defendant in her speech was simply referring to the current establishment and the government in the wider meaning of the word.”

The section of Šlégrová’s speech delivered in 2010 that Mazal concluded had incited racial hatred reads as follows:

“On this historic day at this symbolic place I would like to say something to all the ‘chosen ones’. In the same way in which today you have the impertinence to judge us for our pure ideas, one day we will judge you for your dirty deeds! And you can be sure that it will be merciless.”

Mazel has reacted to the objection by handing in his resignation. “I don’t like reading about myself on the Internet that I deserve a beating or that I’m a mean Jew who receives a black mamba for Hanukkah,” Mazel told the daily Lidový noviny (LN), adding that he believes a change in judicial assessments of extremism is required.

“I think the practice of having individual judicial experts for extremism is unsustainable. Each one of them is attacked. It would be better to use judicial assessments by expert institutions in the field of history and political science,” Mazel told LN.

Mazel is recognized as one — if not the leading — judicial experts on extremism in the Czech Republic. He acted as a key witness for the Supreme Administrative Court in the case that led to the banning in 2010 of the Workers’ Party (DS) — the predecessor of the DSSS, which remains legally registered but has no seats in parliament. Mazel’s assessment was also central to the convictions of four young men who in April, 2009, threw Molotov cocktails into the home of a Romany family in Vítkovice, northeast Moravia, injuring three including a two-year-old girl who suffered serious burns on 80 percent of her body. The four received prison sentences of 20 to 22 years.

Mazel is not the first judicial expert on extremism to resign. Around three years ago Miroslav Mareš resigned, informing the Ministry of Interior that he had enough of threats from both right and left-wing extremists. Mareš says there are not enough judicial experts on extremism, and this makes them easy targets. “As long as the lawmakers insist that specific cases are brought to justice, I think there are not enough judicial experts. Several would be needed in each region. If there are just a few experts, they are at the center of attention of extremists,” he told LN.

Several leading figures in the Czech judiciary say that lawyer Petr Kočí should be disbarred. “If I were the Chairman of the Bar Association, I would strike off such lawyers from the directory of lawyers for life,” Chairman of the Constitutional Court Pavel Rychetský told the daily. ‘The logic behind the objection reminds me of the logic of the Nuremberg Laws.’

Czech Bar Association (ČAK) spokeswoman Iva Chaloupková told the server parlamentnilisty.cz on Tuesday that the association’s board would consider whether to launch disciplinary proceedings against Kočí when it next meets next week. “We have registered a whole series of negative comments by other lawyers who have informed us they themselves intend to file an objection against their colleague for an independent organ to review the whole case, or for disciplinary proceedings to be launched against him,” she said.

Deputy director of the Ministry of Interior’s security policy, Karel Bačkovský, says Kočí is abusing procedural rights. “The logic behind the objection reminds me of the logic of the Nuremberg Laws,” he said referring to the Nazis’ enactments which, among others, stripped Jews of German citizenship and banned them from marrying German nationals.

Support from the president’s man

By contrast, President Klaus’ legal advisor, Pavel Hasenkopf, claims Kočí’s objection is perfectly legitimate. “If they destroy your family in a concentration camp, you can hardly judge Nazi crimes [objectively],” Hasenkopf said in an interview with LN, adding that there are grounded suspicions that Mazal’s assessments are more based on political factors rather than expert knowledge.

Asked whether he would accept Kočí’s objection if he were the judge in Šlégrová’s trial, Hasenkopf said he would require more information.

The judge in Šlégrová’s trial, Bohumila Huňáčková, says the response to Kočí’s objection should be decided before the end of this week, but told LN that a person’s origin should not prevent them from performing the duties of a judicial expert.