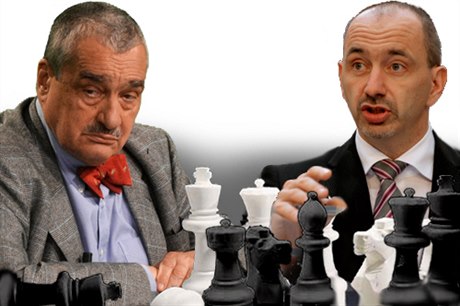 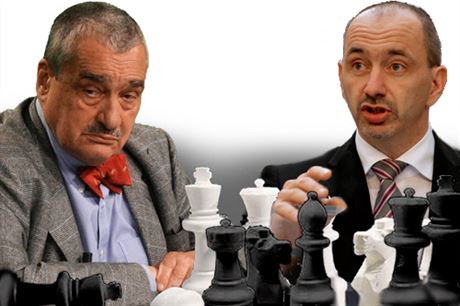 The Czech government has repeatedly declared the importance and policy priority of supporting Czech exports to countries outside the EU, voicing concern about the quality of services provided by the state to Czech exporters attempting to penetrate such markets. The reality is, however, somewhat different: it appears the main concern is securing lucrative jobs in the state sphere and control of billions of crowns.

The chess game of personnel appointments in institutions under the jurisdiction of the Ministry of Industry and Trade (MPO) serves as an example. According to Czech Position’s information, Industry and Trade Minister Martin Kuba (Civic Democrats, ODS) saw to it that Adam Kotalík, a close associate of his, was appointed to the supervisory board of the state Export Guarantee and Insurance Company (EGAP) at its AGM on April 26.

At first it may appear that there is nothing strange about Kotalík’s appointment, but scrutiny of his experience and competences raise doubts about his suitability. “We didn’t want to believe it. Suffice to look at his professional career and you will find no experience in the fields of insurance or export support,” a well-informed source told Czech Position under condition of anonymity.

Thirty-five -year-old Kotalík, a graduate of mass media and journalism studies from Charles University, has spent most of his career to date working in the field of marketing and PR. His previous positions included marketing manager at TV Nova for the reality show Big Brother and the musical talent contests Superstar and X Factor.

A closer look at Kotalík’s CV reveals that he has connections with the South Bohemia regional branch of the Civic Democrats, of which Minister Kuba is the chairman, i.e. leader. In the past Kotalík directed the election for Senator Tomáš Jirsa for example. As of 2009, he served as an advisor to the then first deputy governor (or hejtman) of the South Bohemia region, who was none other than Kuba himself.

Kotalík’s firm Dolphin Media was the media representative of the EU funded operational program Southwest and clients named on the firm’s website include the ODS. Upon Kuba’s appointment as minister, Kotalík moved from South Bohemia to Prague where he has continued to advise Kuba.

Control of tens of billions

The EGAP provides Czech exporters with insurance against export credit risks, insurance for foreign investments, and also bank guarantees. As stated on the institution’s web pages, the EGAP supervisory board comprises deputy ministers, heads of insurance trade unions, and the former head of the State Agricultural Intervention Fund, Oldřich Černoch.

Czech Position asked the Ministry of Industry and Trade to comment on Kotalík’s appointment to the EGAP board and why the ministry nominated him for the post. “Widening the circle of responsible employees in the supervisory organ will contribute to an improved overview of the functioning of both companies,” the ministry’s spokeswoman Veronika Forejtová said.

The second company that Forejtová refers to is the Czech Export Bank (ČEB) where deputy industry and trade minister Milan Hovorka is the deputy chairman of the supervisory board. Hovorka previously occupied the same post in EGAP, but as part of the personnel maneuvers centering on Kotalík, he left the post to Zdeňek Vališ, the director of export support in the Ministry of Industry and Trade.

According to the MPO, what experience does Kotalík have that makes him suitable to sit on the EGAP supervisory board? “He’s an advisor to the Minister of Industry and Trade in the area of inter-ministry agendas and participated in the preparation of the new export promotion strategy adopted by the government in which the EGAP is an important tool. He has also been appointed by the minister to take part in the drafting of a new law on export insurance and financing with state support,” spokeswoman Forejtová explained.

Kotalík himself also responded: “My task as one of the nine members of the supervisory board will be to monitor whether the activities of EGAP are in harmony with the new export promotion strategy which I had the honor to co-produce,” he said in an email.

Before the government falls

Kotalík’s appointment to the EGAP isn’t the only personnel change recently initiated by Minister Kuba. At the beginning of April he dismissed the head of the state export promotion agency Czech Trade, Ivan Jukl, and replaced him with Zdeňek Vališ. CzechTrade is an important agency for Czech industry with offices in 33 countries.

And how did Kuba justify dismissing Jukl? “We demanded greater integration and Mr. Jukl didn’t like it. He considered CzechTrade as an independent business entity,” Minister Kuba said after announcing his decision.

There was speculation for some time in political circles that Jukl would be dismissed. “When in April the government crisis reemerged, the lads around Minister Kuba got frightened that they would not have time to hand out the warm seats in the foreign representation offices. That’s why they began to act quickly. They wanted to post their little friends before September when the children of people on foreign postings start school,” a well-informed source told Czech Position as explanation for the changes at CzechTrade.

It must be added that in the past Vališ worked in the Ministry of Foreign Affairs as a regular clerk. Two years ago he entered the Industry and Trade Ministry directly as a department head.

For a while now Kuba has wanted his own network of economic diplomats to go about promoting Czech exports independently of the Ministry of Foreign Affairs and therefore he proposed issuing diplomatic passports to certain MPO officials. Kuba’s plan, however, was blocked by Minister of Foreign Affairs Karel Schwarzenberg (TOP 09).

The Foreign Minister’s reaction to the change of management at CzechTrade could appear to be a practical joke. Schwarzenberg took Jukl under his wing and appointed him head of the Foreign Ministry’s economic section. In other words, he will continue to be responsible for promoting Czech exports, only for a different team.

“Ivan Jukl brings with him rich experience from both the public and private sectors, specifically in the area of exports. In the ranks of the diplomatic service he served as the trade attaché at the Czech embassy in Denmark,” the ministry of Foreign Affairs said in a press release announcing Jukl’s appointment.

It remains to be seen how Jukl will deal with highly sensitive, potentially explosive agendas which involve the Foreign Ministry, and Ministry of Industry and Trade cooperating on export promotion. “The economic section of the Ministry of Foreign Affairs for which Jukl is now responsible is the ministry’s principle tool in the priority area of protecting the economic interests of the Czech Republic abroad. The post directs and monitors the performance of the Czech foreign representation offices in the area of economic diplomacy,” the Foreign Ministry set out in a press release.