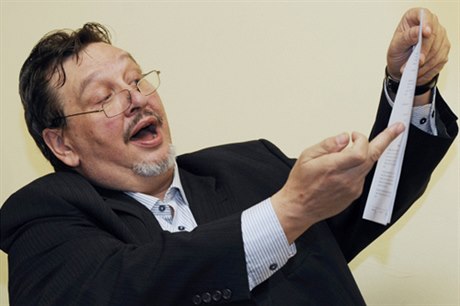 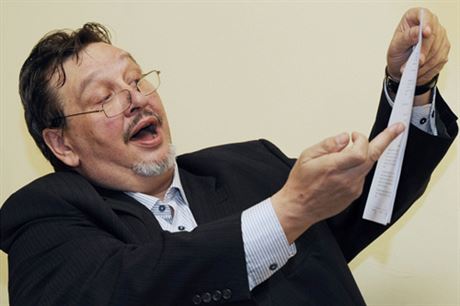 The private Czech firm EkoMotol CZ is reportedly renting a city-owned 15-hectare site from the Prague 5 district for the symbolic price of Kč 100 a year. Since last winter, the firm has used the land for refuse storage after receiving the necessary permit from the Prague city administration; specialists say that with virtually free use of the land, the refuse operation is a proverbial goldmine for the company.

The daily Právo has obtained documentation showing that EkoMotol CZ signed a contract in 2004 with the Prague 5 administration to rent the site next to the Motol hospital for Kč 250,000 a year. A public tender was not held for the rental of the site; in 2006, however, an amendment was added to the rental agreement lowering the annual rent to just Kč 100. All of the documents were signed by then-mayor of Prague 5, Milan Jančík (Civic Democrats, ODS).

“The rent was lowered because the firm is to build a sports ground for children with its own money,” EkoMotol CZ’s statuary representative, Jindřich Frýdl, told Právo on Sunday. However, there are still no sports facilities on the site nor are any being built.

“The former leadership of the [Prague 5] town hall agreed to the request submitted by EkoMotol CZ for the rent to be lowered on the grounds of it not being able to use the land for the purpose stated in the rental agreement, which was to finalize recultivation and build a sports complex,” Prague 5 spokesman Luděk Sefzig told Právo.

“According to the firm’s information, the recultivation was demanding timewise and materially due to the instability of the bedrock under the Motol refuse site,” he said. The rental agreement with EkoMotol CZ is valid until October 2014, as is the firm’s permit to use the site for disposal of leftover from mining of gravel, stone, concrete and brick production.

The Czech branch of corruption watchdog Transparency International, says it suspects the former Prague 5 leadership acted illegally as regards the EkoMotol CZ contract and intends to conduct thorough enquiries. It is far from the first contract signed by the former district mayor to raise eyebrows.

In 2008, anti-corruption police launched an investigation into Jančík on suspicion of abuse of office in connection with a contract concluded between Prague 5 and the company Agentura Praha 5 for the recuperation of outstanding rent owed to the administration. The contract was signed by Jančík, but not put to the Prague 5 assembly as is required by law.

In January 2011, police passed their findings to the public prosecution service with a recommendation to prosecute. The prosecution service, however, rejected the police findings saying the estimate of money embezzled was inaccurate. The police submitted their revised findings in February, only for the prosecution to again return the case. According to the police investigation’s findings, Prague 5 was owed Kč 60 million in outstanding rent when the contract with Agentura Praha 5 was signed and the company embezzled Kč 4.4 million.

According to Transparency International, the Prague 5 administration lost around Kč 80 million as a result of the contract with Agentura Praha 5, whose owners cannot be traced due to the company’s shares being bearer stock, i.e. the shares are not written to the name of the holder.

Jančík is currently the deputy chairman of the board of directors of the Prague electricity distribution company PRE.