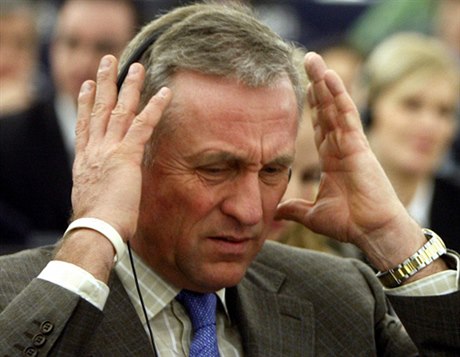 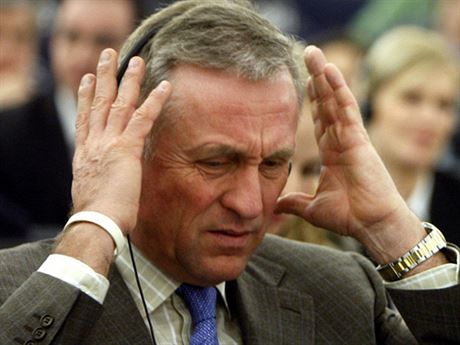 Former Czech prime minister Mirek Toplánek, whose loose tongue cost him the leadership of the center-right Civic Democrats (ODS), has made headlines again for abusing a journalist with explicit language in an SMS.

Earlier this week the tabloid daily Blesk reported that Toplánek is sending his son to an expensive private school and bought him a BMW; a journalist from parlamentnylisty.cz then asked him to explain his source of income but instead received a tirade of expletives.

Blesk reported that former PM Topolánek’s son is attending the American International School in Prague, which has tuition fees of almost Kč 500,000 a year, and that he drives a BMW worth almost Kč 1 million.

Where’s his money from?

“But where does he get the money from? Maybe he has no other choice if he wants [his son] Tomáš to complete some middle school. This is by no means the first time Topolánek has hurled abuse at a journalist. He has also resorted to physical attack. From the outset he’s had problems with studying,” Blesk wrote, adding that the richest Czech, Petr Kellner, also sends his children to the US school in the wealthy Prague suburb of Nebušice.

“His financial cushion is apparently bottomless. Even before, he never gave a satisfactory explanation as to where he gets it all, and now as an entrepreneur he doesn’t want to bother,” it said. The Blesk report did not contain any reaction from Toplánek; therefore, a journalist with the news server parlamentnylisty.cz wanted to give him an opportunity to explain his apparent wealth.

“I don’t read your s**t and don’t comment on lies. None of those [female] f**kers dares to come within five meters [of me] without a witness,” Topolánek wrote in the way of an introduction to his response. “Respect! That Czech [female] f**kers have attacked me and my family for a number of years speaks about you, not me. If you want to get involved in baiting, be careful not to come within 5 meters, because a [female] f**ker is genderless,” he continued.

This is by no means the first time Topolánek has hurled abuse at a journalist. In the past he has also resorted to physical attack. Around three years ago, for example, he attacked a photographer who tried to take a picture of his youngest son in his pushchair. When holidaying with his friend and influential and controversial lobbyist Marek Dalík in Italy in 2009, Topolánek dangerously drove into the path of the car of photographers from the tabloid Aha!

Topolánek’s loose tongue eventually cost him the leadership of ODS when during the election campaign in the spring of 2010, staff of a homosexual magazine filmed him describing former interim prime minister Jan Fischer as a “Jew who gets out of the way” and saying the Catholic Church is an organization that “brainwashed people.” He also said that gays and Jews were lacking in integrity of moral character.

“I think whether a person reacts with an attack or defense is always a reflection of someone’s personality … I get the impression that he has styled himself as a macho type who’s strong and threatened by nothing,” psychiatrist Jan Cimický told parlamentnylisty.cz.