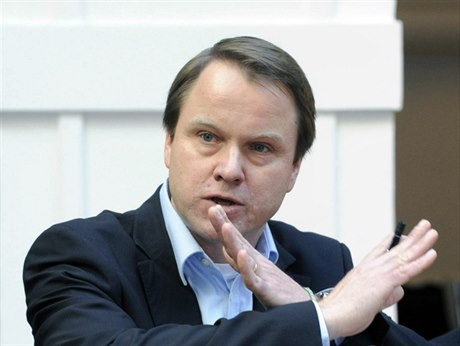 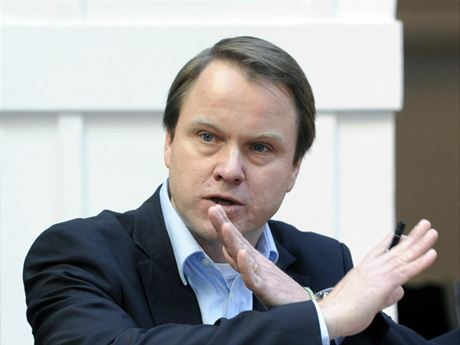 The former leader of the Greens (SZ) who presided over the Czech party’s historic first entry into the lower house of parliament after the 2006 general elections and was later named environment minister told the magazine Týden this week he plans to contest for the post this autumn — and would like to have the current party leader on his team.

Martin Bursík is reportedly seeking the leadership post due to misgivings about the direction the party’s left wing would like to take it, led by rival Matěj Stropnický, who lost to current SZ chairman Ondřej Liška, subsequently named education minister, in the December 2009 contest.

Recent polls show the Greens are slowly but surely gaining support and could win enough votes to return to the lower house of parliament (they failed to pass the five percent threshold in 2010) in large part due to widespread dissatisfaction with the center-right coalition government of the Civic Democrats (ODS), TOP 09 and, until recently, the Public Affairs (VV) party, a faction of which is supporting it under a new name, LIDEM.

Conventional wisdom is that for the Greens (SZ) to stage a comeback, the internal party bickering that helped bring about the party’s exit from parliament must be kept under wraps; in this sense, Bursík’s triumphant return could be a personal victory at the cost of a loss for the party as a whole. ‘We are the strongest non-parliamentary party and I believe that this year in the fall we will become a parliamentary party.’

Bursík had taken the SZ into a center-right coalition government six years ago and rather than pursing a core environmental agenda took it in a more a liberal direction albeit with a strong anti-corruption message. Liška says the party has since functioned out of parliament in active opposition, for example in pushing for tighter rules on the financing of political parties.

Liška also stresses the Greens’ demands for tougher measures regarding public tenders and the banning of anonymous shareholdings. “We are the strongest non-parliamentary party and I believe that this year in the fall we will become a parliamentary party,” Liška told Czech Position in a previous interview.

Bursík, meanwhile, is weighing in on a number of issues, and has criticized the Greens leadership for not having pledged their support for presidential hopeful Jan Švejnar, the unaffiliated Czech-American economist who lost to now second-term president Václav Klaus in what will be the last contest decided by lawmakers rather than through direct elections.

He said the frontrunner, Jan Fischer, the prime minister of a caretaker government, is not a principled politician, citing decision on the Mining Act and at the Průnéřov power station (both deemed harmful to the environment), and called his government the worst since November 1989. Asked about his own greatest political mistake, he said it was to enter into the second government of ODS prime minister Mirek Topolánek. “In hindsight, I began to grasp that even at its inception it wasn’t completely clean, and for that I’m sorry,” he told Týden.

Bursík studied environmental engineering at the Charles University and joined the dissident movement in June 1989, signing the declaration of the anti-communist movement. During the Velvet Revolution in November of that year, he was one of the founders of the Civic Forum (OF).

A party that emerged from the OF nominated him as vice-chairman and he was elected into parliament, but when that too disbaned he joined the Free Democrats. He served as the Minister of the Environment under Josef Tošovský for a few months in 1998. He joined the Christian Democrats (KDU-ČSL) but left this party in 2003. He joined the Greens (SZ) in June 2004 and was elected party chairman.