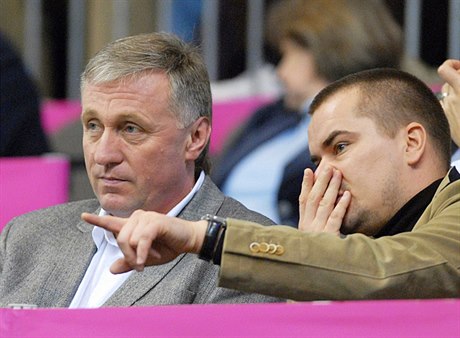 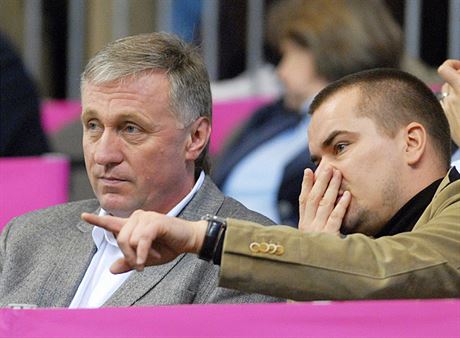 After nearly two years largely out of the public eye, former Czech prime minister and Civic Democratic Party (ODS) chairman Mirek Topolánek was named on Monday as head of the country’s district heating association (ADH ČR) — a sexier and more influential post than it sounds, given the prominence and strategic importance of the energy sector.

But Topolánek’s return to the limelight was overshadowed by WikiLeaks’ publication of a fresh batch of US diplomatic cables related to alleged corruption during his time in power, especially regarding a Kč 14.4 billion order by the Czech Ministry of Defense (MoD) from an Austrian arms producer — and allegations that his long-time advisor and close friend, lobbyist Marek Dalík, had sought a bribe from the company to ensure its success.

“Widespread Czech press reporting of alleged corruption by Czech politicians involved in a billion-dollar contract between [US company] General Dynamics’ Austrian subsidiary Steyr Mannlicher and the Czech MoD for Pandur armored personnel carriers (APCs) is shaking the political scene,” wrote Chargé d’Affaires at the US Embassy in Prague, Mary Thompson-Jones, in a February 24, 2010 cable to Washington classified as “SECRET/NOFORN” (meaning not for release to foreign nationals).

In that cable (with the humorous title “PANDURA’S BOX: CORRUPTION SCANDAL LIFTS THE LID ON CZECH DEFENSE PROCUREMENT”) Thompson-Jones goes on to say that a Steyr official had told a US embassy official of the alleged role in the bribery attempt played by then Defense Minister Martin Barták (ODS) — now accused by a former US Ambassador to Prague William J Cabannis (2004–2006) of soliciting a bribe over another huge defense contract — and Topolánek’s right-hand man, Dalík.

“During renegotiation of the Pandur contract in early 2008, we were told by a Steyr representative (reftel C) that Minister Barták had engineered an opportunity for former Topolánek protégé and lobbyist Marek Dalík to solicit a substantial bribe from Steyr in exchange for getting the contract back on track, an allegation which we could not independently confirm,” she wrote.

Both Barták and Dalík have figured prominently in allegedly corrupt public contracts over the years. Ex-US diplomat Cabannis claims that in February 2008, after he had joined the supervisory board of the US branch of the Czech truck maker Tatra, Barták (then First Deputy Defense Minister) solicited a multi-million dollar bribe from him during a trip to Washington, DC in order to smooth over problems relating to a Kč 2.7 billion from the Czech military order for the company’s all-terrain vehicles — and that he duly informed Topolánek about it.

Back in 2006, the Czech military purchased 556 Tatra trucks after awarding the supply contract to the company without holding a tender, during Barták’s tenure at the Defense Ministry, where he held senior positions before himself becoming minister (May 8, 2009–July 13, 2010) under PM Jan Fischer’s caretaker government. Tatra was experiencing difficulties with a subcontract at the time of the alleged bribery attempt.

Cabannis and Duncan Sellars, president of Tatra’s US branch, claim Barták promised to make those problems with the supplier disappear — for a few million dollars. On leave from his subsequent post as deputy finance minister since November 2010, pending results of a criminal investigation, Barták denies the charges.

Apart from the Tatra affair, Barták has also been investigated over for his role in the Kč 3.6 billion procurement of 90 light transporters from the firm Iveco; Slovaka paid some 40 percent less per armored vehichle than the Czechs did. Current Defense Minister Alexandr Vondra (ODS) commissioned an audit of the deal, which showed that arms dealers and intermediaries Praga Export and Omnipol charged a mark-up of nearly 20 percent.

“Barták figures prominently in many of the alleged current procurement scandals at the MoD. Although Embassy Prague is unable to confirm any of the allegations against Barták, the circumstantial evidence is considerable,” Thompson-Jones wrote in a March 2009 cable titled “DEFENSE PROCUREMENT IN THE CZECH REPUBLIC: SHADY  DEALS AND BIG DOLLARS,” noting that even as first deputy minister under Vlasta Parkanová (KDU-ČSL) it appeared that Barták “really runs the ministry.”

As noted in the US diplomatic cable, the Czech daily Mláda fronta Dnes had carried several reports earlier in February 2010 alleging “a major bribery scandal in which six percent of Steyr’s Pandur contract was supposedly parceled out as payoffs” to both the center-right ODS led by Topolánek and the center-left Social Democrats (ČSSD) led by Jiří Paroubek — both of whom “called for a swift investigation and accused their opponents of the greater responsibility in the affair.”

Those implicated, as noted by Thompson-Jones, included:

This May, former Steyr manager Stephan Szücse told Mláda fronta Dnes that at one such meeting in 2007 Dalík had demanded a “provision” of €18 million (some Kč 460 million, or 3 percent of the eventual contract cost) in connection with the delivery of the 107 Pandurs for the Czech military. Szücse also claimed that present at the meeting was former US diplomat Victor Jackovich — who at the time was a high-level negotiator for General Dynamics.

The US cables did not mention Szücse, noting that in February 2010, the daily’s reporting had “relied on conversations with two Austrian businessmen, Wolfgang Habitzl and Herwig Jedlaucnik, both former employees of Steyr and associated with the Pandur sale.” Thompson-Jones stressed that the main focus of the investigation at the time was on the role of “Steyr, its lobbyists, and Czech officials; there have been no accusations of malfeasance by General Dynamics.”

That could change. In its reports this May, Mláda fronta Dnes wrote that the US Securities and Exchange Commission (SEC) had begun investigating corruption claims against Steyr’s American parent company, which is publicly traded. “General Dynamics is clearly under suspicion that it covered up possible corrupt practices conducted by its Austrian daughter company with its headquarters in Vienna, or simply didn’t report the matter, which is also a serious breach of US law,” the daily said. ‘Why he was present at a meeting in November 2007 is something you will have to ask Dalík and Barták.’

At the time in question, Dalík had no official reason for being as such a meeting: He had not been appointed by the Defense Ministry to conduct any negotiations regarding the Pandur contract, nor was Dalík then a member of any of the ministry’s working groups or even have security clearance. He was simply head of the public relations New Deal Communications — and best buddies with Topolánek. “Why he was present at a meeting in November 2007 is something you will have to ask Dalík and Barták,” ministry spokesman Jan Pejšek told Czech Position.

The Pandur contract had been controversial even during the initital tender process but drew  additional scrutiny upon award since the contract was signed by former Defense Minister Karel Kühnl (Freedom Union, US) in his final days in office in June 2006.

Through the course of 2007, under Topolánek’s ODS-led government the Czech Defense Ministry disputed the quality and timeliness of Steyr’s Pandur deliveries. The government first eliminated a 35-vehicle “option” in May, and then unilaterally canceled the entire contract in December.

“General Dynamics lawyers responded by preparing to take the case to international arbitration. Intense negotiation (including USG [US Government] advocacy for Steyr) followed into early 2008, and the Topolánek government agreed in April 2008 to purchase 107 Pandurs, subject to successful field testing,” Thompson-Jones wrote in the cable.

In March 2009, shortly before the fall of the Topolánek government, Barták signed a revised contract with Steyr for 107 Pandurs at a cost of Kč 14.4 billion ($692 million at March 2009 rates).  The Czech Army received the first 17 Pandurs in September of 2009. ‘This relates to the same old mess stirred up by a highly unlikely story from a former Steyr employee, which leaves me completely cool, because it is not my problem.’

Without responding directly to specific points in the US embassy cables, Topolánek this week dismissed the allegations as stale — and lacking in credibility. “This relates to the same old mess stirred up by a highly unlikely story from a former Steyr employee, which leaves me completely cool, because it is not my problem,” the former prime minister, now the public face of the Association for District Heating of the Czech Republic (ADH ČR), told the ČTK news agency.

Meanwhile, a report on the website of the Austrian newspaper Kurier said that the “first concrete results” of a probe into the Pandur case can be expected within a few short weeks, referring to the Vienna anti-corruption Prosecutor’s Office, which is jointly investigating the bribery allegations with its counterparts in the Czech Republic.