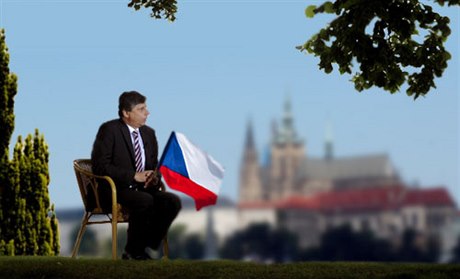 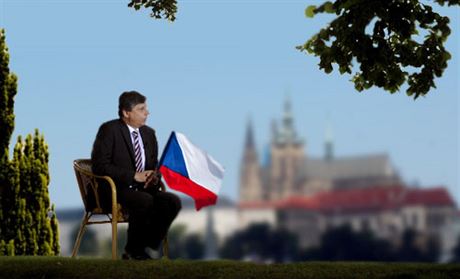 Former Czech prime minister Jan Fischer (unaffiliated) has said he will stand as a non-affiliated presidential candidate in 2013 if direct elections are introduced under legislation awaiting approval by the Senate. Meanwhile, popular potential candidate Tomio Okamura, who heads a tourism association, has rejected offer by the Christian Democrats (KDU-ČSL).

“Yes, I’m prepared to enter [the presidential election race] in the case of direct elections,” Jan Fischer (non-affiliated), who is currently the deputy president of the European Bank of Reconstruction and Development (EBRD), said in an interview with the daily Mladá fronta dnes (MfD).

“Given the current circumstances and how Czech citizens view politics, the situation is ripe for an unaffiliated president. Maybe that’s why support for me is as it is: citizens are tired of party politics and want to see someone in the Castle [Prague Castle, the seat of Czech presidents] who will represent the world outside political parties,” Fischer told MfD. When serving as head of the interim gov’t, Fischer’s popularity ratings consistently ranked among the highest gained by any Czech premier

Fischer led an interim caretaker government from April 2009 through to June 2010 after a vote of no confidence brought down the Civic Democrats (ODS)–led government headed by Mirek Topolánek (ODS) in the middle of the Czech Republic’s six-month of the European Union. When serving as head of the interim government Fischer’s popularity ratings consistently ranked among the highest gained by any Czech prime minister since the downfall of the communist regime in 1989.

Legislation to introduce direct presidential elections has been passed by the lower house of parliament, but as a Constitutional law it still requires a two-thirds majority in the upper house, the Senate, and it is not assured that the bill will be passed in time for the next presidential race. The mandate of the current Czech president, Václav Klaus, expires in March 2013.

Foreign Minister Schwarzenberg (TOP 09), who has consistently ranked as the most-trustworthy politician in the current coalition government, has already accepted the offer to stand as his party’s candidate in the next presidential election. Okamura, however, told MfD on Monday that he has turned down an offer by the Christian Democrats (KDU-ČSL) to stand as their party candidate.

“If I ever choose to stand as a candidate for the presidency, I would first of all like to win a mandate in Senate or other elections,” Okamura told MfD.

The center-right ODS, the largest party in the ruling coalition, has yet to nominate a presidential candidate but is expected to put forward either Miroslava Němcová, or Chairman of the Senate Přemysl Sobotka as their party candidate.