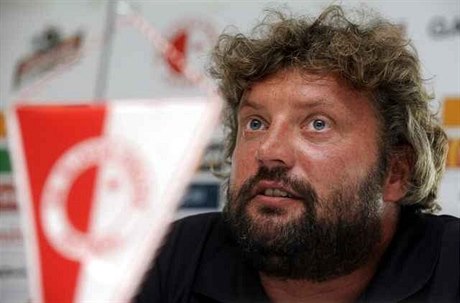 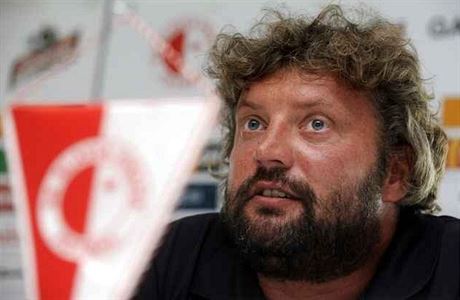 For the first time in its history, the Czech lower house of Parliament’s mandate and immunity committee will examine the assets of a former colleague — Aleš Řebíček, the Civic Democrat (ODS) minister of transport from September 2006 to January 2009 who made a fortune in the sector and later bought a majority stake in the famous Slavia Prague football club.

“We will initiate a meeting of the committee that will deal with the case of Mr Řebíček and in particular whether he lied in his [property and asset] declarations,” MP Jeroným Tejc (Social Democrats, ČSSD), who heads the committee, told Czech public television (ČT) on Monday.

Řebíček had told the club’s fans last week he had sold his stake in the construction and transportation firm Viamont, which he cofounded in 1992, for Kč 750 million in total; that figure is, however, more than twice the amount that he had stated in property and assets records in past years, ČT and other media reported. (According to Czech Position’s information, Viamont made a deal with British sports and entertainment group ENIC, a disputed stakeholder in Slavia Prague, which was demanding fast repayment of a loan in excess of Kč 100 million; see related story, Temporary salvation offered in Slavia horror story.)

The new Slavia Prague owner, who is currently abroad, said this week through a spokesperson that he was confident no improprieties would be uncovered. “All the money passed through bank accounts in the Czech Republic, are properly accounted for, and known to the Tax Office,” Soňa Nouzáková said. “The financial analytic office [the FAÚ, the Finance Ministry’s anti-financial crime and money laundering watchdog] subsequently examined related contract and documentation,” she added.

As a public official, Řebíček was required to declare his assets annually. He claimed to have received payments for his shares in Viamont in several installments but had declared a gain of only Kč 343 million. If the former minister made an “error” in completing his property statement, he faces a fine of Kč 50,000.

Citing the case, Bohuslav Sobotka, party chairman of the main opposition center-left ČSSD, said last week he would seek to amend conflict of interest regulations. Politicians should be required to give property statements for three years after leaving public office, and be held by the Parliament’s mandate and immunity committee, which he said should have the power to impose more substantive fines against errant MPs and Senators.

To avoid potential conflicts of interest, Řebíček, now 44, sold his stake in Viamont prior to assuming the post of transport minister under Prime Minister Mirek Topolánek (ODS), for Kč 700 million, according to press reports at the time. The buyer was said to be Miroslav Plíhal, co-owner of the firm Ingrove and a Viamont supervisory board member.

In July 2008, Řebíček declared having received Kč 44 million from selling shares but did not elaborate. That year, acting on suspicions that he continued to be connected to Viamont —and benefit from government contracts handed to it by his ministry worth over Kč 10.4 billion, according to Mláda fronta Dnes –the Czech police investigated the Viamont stake sale but the case was suspended in March 2011. The company does not make public its shareholder structure.

Soon after taking up the post of transport minister, Řebíček made clear his dissatisfaction with a contract for a motorway toll collection system, which the Austrian firm Kapsch won, under allegedly non-transparent conditions. But in time, the objections faded away and the contract was amended — and Kapsch given a no-bid contract worth Kč 4 billion to construct information boards on Czech motorways.

Others have accused Řebíček of favoring companies linked to supporters of his center-right party, the ODS, and having links to organized crime figures such as Tomáš Pitr, himself a close associate of the underworld figure František Mrázek, who was murdered in 2006. Pitr is currently being held in custody in Switzerland awaiting extradition hearings.

The former minister’s brother, Adam Řebíček, whom he installed on the board of Slavia Prague after becoming the club’s majority owner in August 2011, is being investigated by the police for allegedly taking bribes from people facing prosecution when he himself was a police officer, in the northern Bohemian city of Teplice.

During his brother’s time as minister, Adam Řebíček left his jobs as a police detective to take up a post at ČEZ, the state-controlled electricity company and then found work at the state-owned Railways Infrastructure Administration (SŽDC).