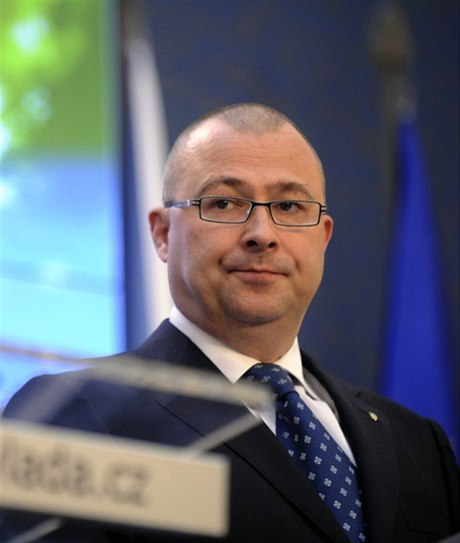 Martin Barták, a qualified neurosurgeon, said he is resigning for purely financial and social reasons and not because of the allegations against him regarding Tatra foto: © ČTK, Česká pozice 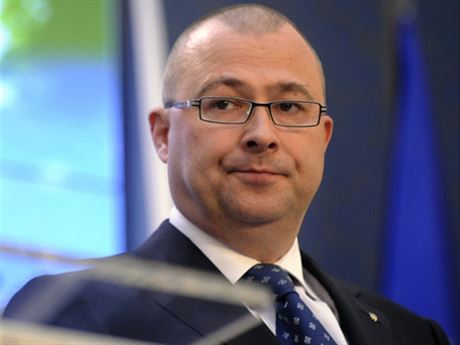 Former Czech defense minister Martin Barták (Civic Democrats, ODS), who according to unofficial information has been charged by anti-corruption police for attempted fraud and bribery in the military’s Kč 2.6 billion order for Tatra all-terrain trucks in 2006, has said the charges against him are flawed, trumped up and politicized.

“The resolution on launching criminal proceedings against me is shocking in the number of false, distorted or expediently lumped together facts,” Barták told the Právo daily. “It seems to me as if the police were tasked with filing accusations against me regardless of the evidence.”

Former US Ambassador to Prague William J Cabaniss (2004–2006), who joined the supervisory board of the US branch of the Czech truck maker Tatra after leaving the post, has said that Barták solicited a bribe from him during a trip to Washington DC in February 2008 in order to smooth over problems the company was having with a subcontractor.

Although the Ostrava state prosecutor’s office has said that charges relate to a suspect who demanded $5 million from a senior member of Tatra for that very thing, the names of the alleged perpetrators cannot be divulged. Barták and the owner of the MPI Group armament company Michal Smrž are widely assumed to be the two people who have been charged in the case.

The Czech military purchased 556 Tatra trucks after awarding the supply contract to the company without holding a tender during Barták’s tenure at the Defense Ministry, where he held senior positions before himself becoming minister (May 8, 2009–July 13, 2010) under Prime Minister Jan Fischer’s (unaffiliated) caretaker government. ‘Neither of them can explain what problem the payment was supposed to resolve or whom the money should go to. They do not remember the exact amount or the currency.’

Cabannis and Duncan Sellars, president of Tatra’s US branch, claim that Barták promised to make the problems with the subcontractor, Praga, disappear — for a few million dollars. Barták says that neither man could name the exact amount of his alleged request for a bribe, let alone in which currency it was supposedly made.

“Neither of them can explain what problem the payment was supposed to resolve or whom the money should go to. They do not remember the exact amount or the currency,” he told Právo. In previous statements, Barták had said the whole thing was either a misunderstanding stemming from the language barrier or an attempt to distract from Tatra’s own alleged questionable dealings.

He gave other examples of what he called inconsistencies in the testimony of the American witnesses, noting that Sellars went on the record as saying that Barták was not present at a meeting with then-prime minister Mirek Topolánek (ODS) when there is photographic evidence that he was.

Barták, who was later named deputy finance minister under the current center-right coalition government, was put on leave when the Tatra allegations surfaced in November 2010 and then resigned from his post at the Finance Ministry in March 2011, citing “social and economic reasons.”

Defense contracts have become a byword in the Czech Republic for corruption. As part of a pledge to eliminate waste and make defense contracts more transparent, current Defense Minister Alexandr Vondra (ODS) has pushed to eliminate the role of mediators like Michal Smrž’s MPI Group, Ominpol, Praga-Export and A.M.T. The current Czech government has also undertaken to adopt EU guidelines regulating the trade in armaments.

Apart from his alleged role in the Tatra affair, Barták has also been investigated over for his role in the Kč 3.6 billion procurement of 90 light transporters from the firm Iveco; Slovakia paid some 40 percent less per armored vehicle than the Czechs did. Vondra commissioned an audit of the deal, which showed that arms dealers and intermediaries Praga Export and Omnipol charged a mark-up of nearly 20 percent.

He has also been accused of helping Topolánek’s friend and advisor Marek Dalík, a prominent lobbyist, attempt to orchestrate a bribe related to the Kč 14.4 billion order by the Ministry of Defense for 107 Pandur armored personnel carriers (APCs) produced by the Austrian arms maker Steyr, a subsidiary of the US firm General Dynamics. Barták is alleged to have engineered an opportunity for Dalík to solicit a substantial bribe from Steyr in exchange for getting the contract back on track.

“Barták figures prominently in many of the alleged current procurement scandals at the MoD. Although Embassy Prague is unable to confirm any of the allegations against Barták, the circumstantial evidence is considerable,” wrote the Chargé d’Affaires at the US Embassy in Prague, Mary Thompson-Jones, in a March 2009 cable to Washington titled “Defense Procurement in the Czech Republic: Shady Deals and Big Dollars,” published by the controversial whistle-blower WikiLeaks.

This May, former Steyr manager Stephan Szücs told Mláda fronta Dnes that at one such meeting in 2007 Dalík had demanded a “provision” of €18 million (some Kč 460 million, or 3 percent of the eventual contract cost) in connection with the delivery of the Pandurs.