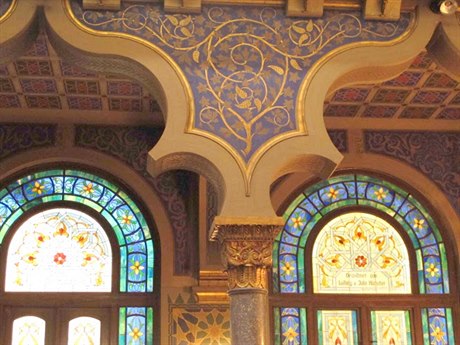 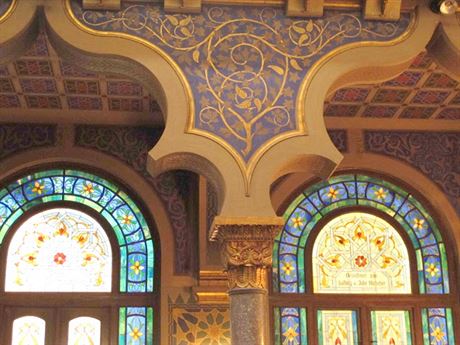 Jewish Heritage Europe is a project of the Rothschild Foundation (Hanadiv) Europe and aims to serve as an online clearinghouse for all news, information and contacts about Jewish heritage from as far east as  Turkey and Russia to the UK and Portugal. The focus will be on built Jewish heritage, meaning synagogues, cemeteries and other architectural remnants of Jewish culture that attest to a presence on the continent stretching back to Antiquity.

The project’s launch was held in Prague on the first night of Hanukkah 2011. Ruth Ellen Gruber, who heads the site, told Czech Position that Prague was selected for a very particular reason.

“One of the reasons we wanted to launch it in Prague was that the Czech Republic has had such success in handling of its Jewish heritage sites. They have models I think that could be followed,” Gruber said. “They developed a strategy very early on of what to do with the buildings they received back, how to work in partnerships with local civic initiatives, how to fundraise, and so on.”

Gruber maintains that there were many factors that contributed to the strong results of Czech Jewish organizations in protecting its heritage, including the positive climate in the country and the significant experience already gained by researchers in the Jewish Museum.

Covering 48 different European countries from the largest to territories such as Andorra and Vatican City, Gruber sees vast differences in results among them. “They [Czech Republic] really devised a strategy that in many other countries unfortunately hasn’t been realized.”

One of the key obstacles in protecting and acknowledging Jewish heritage sites in Europe was the existence of communist regimes that suppressed Jewish culture altogether. Gruber notes that more Czech and Slovak synagogues were destroyed during communism than during German occupation in World War II. Beyond that, the few people who attempted to research the remaining sites were not only discourage from doing so but became the focus of suspicion as they tried to photograph abandoned synagogues and overgrown cemeteries.

With the fall of communism in 1989 this obstacle was cleared, and researchers and journalists began to realize how little they knew about the remnants of Jewish heritage behind the former Iron Curtain.

“It’s hard to think back on those days and think what a big blank there was,” Gruber said.

Since then much has changed in the field — and it is in response to the abundant but still fragmentary information available that the new site has come into being.

“We’re more than 20 years along in the process. The amount of information that I’m loading in is a testimony to how things have changed in 20 years. When I first started writing about Jewish heritage issues, nobody knew what was here.”

One problem, though, is that people in individual countries have information about domestic heritage sites but know nothing about nearby, related sites across their borders.

The Jewish Heritage Europe site will have a constant newsfeed, feature articles and will eventually feature book reviews on titles relevant to Jewish heritage. Besides the regularly updated sections of the site there will be reference material organized by country, including bibliographies and links to national and regional organizations with more extensive local information. Upcoming events and a section devoted to museums are other areas the site highlights.

“The basic goal of this site is to collate all the information I have, not to reinvent what other people have done,” Gruber said, citing as an example the existence of over 1,300 Jewish cemeteries in Hungary that the country’s Jewish community has listed online and which Jewish Heritage Europe will provide a link to.

The site organizes information and links into individual countries as well into categories such as news, issues, museums and people. The country pages offer a historical summary of that particular Jewish community and a breakdown of what remains in terms of built heritage as well as links to lists of heritage sites and relevant publications.

Ruth Ellen Gruber’s involvement in documenting Europe’s Jewish sites dates back the waning days of communism and has resulted in books such as National Geographic Jewish Heritage Travel: A Guide to Eastern Europe and Virtually Jewish: Reinventing Jewish Culture in Europe, in which she explores the phenomenon of a boom in Jewish cultural events attended by largely a non-Jewish audience.

Gruber also runs the Jewish Heritage Travelblog documenting her trips through the region with reports, photographs and news updates.