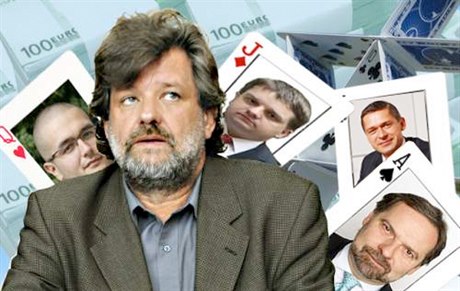 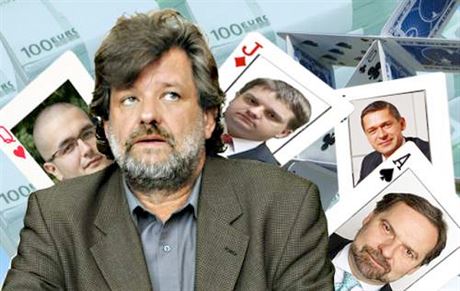 Frequent reshuffles of executive posts are not just the domain of embattled Education Minister Josef Dobeš (TOP 09). Within a year and a half the Interior Ministry saw, in addition to two ministers, also the replacement of three deputy ministers, four department directors and five section heads — all responsible for EU structural funds. The ministry, led by Jan Kubice (unaffiliated) is therefore in for some more trouble.

From a document obtained by Czech Position, it emerges that problems concerning the Integrated Operational Programme (IOP) could even lead to a halt to EU subsidies. “I will have to convey to my superiors in Brussels that it is impossible to manage the program when the fluctuation at the Interior Ministry has been so high over the past two years. I can't rule out a letter will be sent to the highest places regarding measures the Interior Ministry is required to take,” declared Christos Gogos from the European Commission (EC) at a meeting of the IOP monitoring committee held Nov. 24 in Prague's  Don Giovanni hotel.

Frequent replacements of officials administering billions worth of euro-subsidies have been subject to criticism for some time now. If the management of European funds does not improve this could lead to a stop in the disbursement of Kč 22 billion from structural funds. “At the December meeting, EC officials have once again criticised the Ministry of the Interior for the discontinuity in the management of the structural funds. Similar to the Ministry of Education, there's also trouble in store for them. If the situation fails to stabilize, we can expect a warning from Brussels followed by a stop in the certification of expenditure,” a high-ranking state official, who wished to remain anonymous, told Czech Position. This would imply, in other words, that projects which are already underway would in the worst case have to be funded exclusively from Czech sources.

The merry-go-round of interior ministry appointments:

Officially, the ministry claims to be unaware of the criticism. Interior Ministry spokesman Pavel Novák told Czech Position: “The current situation as set out by deputy minister Radek Šmerda secures a streamlining of project management and ensures success in drawing funding and subsidies. The ministry's management maintains continuity through sustained and systematic training of staff involved with structural funds and also through other means.”

The November 24 meeting of the IOP monitoring committee was according to its minutes — which Czech Position has at its disposal — also attended by the director of the Department of Structural Funds Aleš Temr. At this meeting the EC's criticisms were voiced quite clearly. It was, apart from Gogos, also addressed by Tomáš Kuchtík, who made the following statement on behalf of the EC: “There is an enormous fluctuation of people at the Ministry of the Interior. Where most facilitating entities have a fluctuation of around two percent, at the [Czech] Ministry of the Interior this figure is in the order of 16 to 17 percent.” And the changes during the course of December 2011 — when five section heads at the Department of Structural Funds left their posts or were made to leave — have not even yet been projected into these EC statistics.

Interior Ministry as a mere administrator

The Interior Ministry draws from two operational programs: the IOP and the Operational Programme Human Resources and Employment (known as OP LZZ in Czech). As part of these operational programs the Ministry of the Interior has to distribute more than Kč 22 billion until 2013. Among the projects financed from the IOP are, for example, the Czech POINT network, the Information System of Data Boxes and the Public Administration Communication Infrastructure (KVIS) project, which seeks to interconnect the entire civil service using modern technologies. The OP LZZ aims to advance public institutions and increase the efficiency of government.

According to a November 2011 report from the Ministry for Regional Development (MMR), the IOP was the second-worst program as far as disbursement of funds to subsidy recipients was concerned. “The IOP is one of the worst-drawing operational programs. More than half-way into its existence it managed to pay out a mere 18 percent of its allocation. The IOP is at risk of losing part of the EU-subsidy. Compared to the predictions, actually disbursed financial resources over the last six months merely reached one third of the predicted level of payment requests which means there is a big problem when it comes to the way the program is managed,” Gogos said at the November meeting.

What is true, however, is that in respect to the management of European funds, the Interior Ministry only fulfils the role of administrator (it is a “facilitating entity”) – above it there is a controlling body that accounts for the effective utilization of European funding. Therefore, should the European Commission decide to send an official warning, it would be delivered to the Ministry of Regional Development – the controlling body of the IOP – or to the Ministry of Labor and Social Affairs – responsible for the OP LZZ.

Martin Stašek, spokesman of the Representation of the European Commission in the Czech Republic, confirms that the issue of discontinuity in the management of funds entrusted to the Ministry of the Interior has not arisen for the first time.

“Generally, high fluctuation at executive positions has already been mentioned as a risk factor in a letter the European Commission addressed to Minister of Regional Development Kamil Jankovský after the elections in October 2010. In the letter also the Ministry of the Interior was expressly mentioned. The issue was since repeatedly discussed as part of regular work meetings convened by the monitoring committees of the respective IOP and OP LZZ operational programs,” Stašek told Czech Position.

“In general, it is possible to confirm that fluctuation is being monitored by the EC,” MMR spokeswoman Jana Jabůrková told Czech Position. “We are, however, not able to confirm whether specific criticism directed towards the Ministry of the Interior was voiced at the annual conference. The issue has, however, been tackled at the IOP monitoring committee,” she said.

Let's take a hierarchical look at the fluctuation issue beginning at the top. Interior Minister Jan Kubice is a complete novice in the management of European subsidies. Be that as it may, he has the people to take care of it. And that is where the problem starts. Although Šmerda, a former transport minister and, presently, the responsible deputy minister, has a longstanding track record in the civil service, he has never been directly responsible for European funds. Temr has dismissed or forced out experienced staffers, replacing them with people who have no previous long-term practical experience with European funding.

Going one level lower we can see that Aleš Temr, director of the Department of Structural Funds, is responsible for European money. He has a bachelor's degree at the Academia Rerum Civilium High School of Political and Social Science in Kolín. Although he lacks basic professional training to manage European projects worth billions of crowns, Temr has, nevertheless, dismissed or forced out a host of staff members with years of experience at the department, replacing them with people who have no previous long-term practical experience with European funding.

It is speculated that Kubice put Temr in charge of managing Euro-subsidies because of certain suspicions that applicants for projects were not allocated money in an entirely transparent way and that, apparently, also in a non-standard way rewards were being distributed among employees of the Department of Structural Funds.

“People in the department have received a strict ban on any communication with the former director Pavel Kryštof. Current director Temr, who as a [former] policeman is close to Kubice, probably has the task of completely replacing the department's staff. In April a meeting will be held with representatives of the EC and if it all won't have stopped by then [the staff replacements] then Brussels will put a halt to the drawing of subsidies,” a well-informed source from the Ministry of the Interior  told Czech Position. Czech Position asked Pavel Kryštof for a reaction but he refused to comment in any way on the speculations.

At the November IOP meeting, EC representative Tomáš Kuchtík not only criticised the extremely high fluctuation of staff-members at the Department of Structural Funds of the Ministry of the Interior but also “the way employees have been selected in contravention with the procedure set by the NOK [National Body for Coordination i.e. the Ministry of Regional Development].” If the situation comes to a head, the MMR, which coordinates the drawing of EU subsidies and is the IOP’s controlling organ, is apparently ready to take action.

If the situation comes to a head the MMR – being the coordinator of the drawing of European subsidies and the IOP’s controlling organ – is apparently prepared to take action. “In the case of the Ministry of Education [at which a large number of staff tasked with drawing European subsidies left last year] minister Kamil Jankovský appealed in October for stability to be secured. In a letter he warned about the risks that could arise from such a situation. The MMR also issued a procedural directive recommending how to proceed in selecting staff for the implementation of European funding. We continuously assess the state of human resources, monitor fluctuation and stability,” MMR spokeswoman Jabůrková wrote to Czech Position.

We'll see if personnel matters at the Interior Ministry can be put in line with the European Commission's requirements before Brussels sends a similar warning letter to the one it has sent to the Ministry of Education just before Christmas. If the situation does not improve rapidly there is a real possibility that yet another ministry will have to finance already-started multibillion-projects from the state purse.