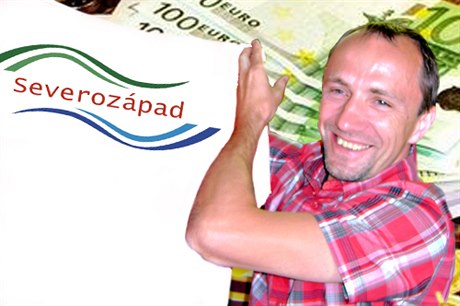 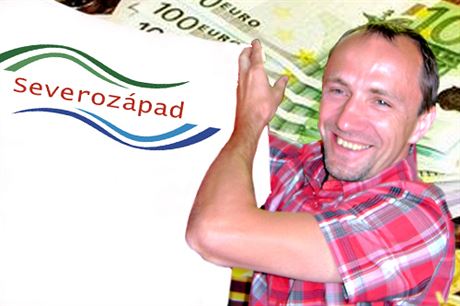 Not even three months into his post as head of the Northwest Regional Cohesion Council, Leo Steiner reached a clear conclusion: the distribution of EU funds in the Ústí nad Labem and Karlovy Vary regions was riddled with corruption.

Projects financed by Brussels were divided up among a small group of businessmen with close ties to local politicians and officials, in some cases with the support of corrupt police investigators who turned a blind eye when questions arose, he claims (and he was wearing a police wire going into some Council-related meetings).

According to Steiner, a regional chairman of the Christian Democrats (KDU- ČSL), a non-parliamentary party that is looking to stage a comeback in 2014’s general elections, who has been dealing with problematic EU projects for the past 12 years, such corruption is systematic — and he has said so publicly this Tuesday in a speech, and says he will continue to do so.

The reaction was not long in coming. The Council is preparing to submit a criminal complaint against Steiner for defamation; its press spokesperson, Marcela Klíchová, said his assertions amounted to “a slanderous attack not based on the truth or even a shred of factual evidence,” going on to say in a press release that Steiner’s agenda was political, noting he is a leader of PRO kraj movement, “which will compete for voters in the upcoming regional elections.”

Czech Position asked a number of people who follow the procurement and distribution system of grants and subsidies in Northern Bohemia for their opinion on Steiner himself and his assessment of the state of affairs in that area.

Senator Jan Horník, a member of the small Mayors and Independents (STAN) movement that is allied with the parliamentary party TOP 09, and a vocal critic of how EU funds are drawn and distributed, was unsurprisingly supportive of Steiner. “He has show incredible courage. He knows what he is talking about. It is a region with the highest pervasive influence of the ‘godfathers’ [mafia-like figures],” Horník, who is also mayor of the town of Boží Dar in West Bohemia, told Czech Position.

He went on to name names of these alleged corrupt bosses: Patrick Oulický, a northern Bohemian businessman close to the Civic Democrats (ODS) and Petr Benda, head of the opposition Social Democrats (ČSSD) in the Ústí region, who together have been alleged to control the Roads and Motorways Directorate (RŠD) there; and former ODS senator and ex-Chomutov mayor Alexandr Novák, who was convicted of having taken a Kč 43 million bribe while in office. ‘You’ve got Oulický, Benda and … Novák. Corruption permeates through society there.’

“You’ve got Oulický, Benda and … Novák. Corruption permeates through society there,” Horník said, stressing that, in his view, the counter charges of Steiner having a political agenda were a red herring, adding, “certainly, regional politicians from the ODS and ČSSD hold important functions,” the implication being Steiner’s accusations would not help the formers’ electoral campaigns.

The threat of lodging a criminal complaint against Steiner, he said, is a typical defense mechanism for the regional politicians. “They serve them to everyone who tries to reveal how grants are divided up. They also filed one against me for speaking before the court during the trial of Petr Kušnierz, the former head of the Regional Council office,” he said. (Brussels moved last spring to suspend funding for the Northwest Regional Cohesion Council after police brought corruption charges at the end of March against the program’s director, Kušnierz, and six others.)

PRO kraj co-founder Filip Ušák also seconded Steiner’s charges regarding regional politicians and officials. “Just look at the director of the Regional Council office, Pavel Markvart. In the municipal elections two years ago, he was the leader of the ODS branch in Chomutov,” he said.

“We categorically reject the assertion that Mr Steiner’s speech was a political provocation on the part of PRO kraj. Although the KDU- ČSL is part of our movement, Mr Steiner stopped taking part in meetings of the leadership after taking up the post [at the Regional Council],” Ušák said, also praising his courage for speaking out against the “godfathers” and alleged system of patronage.

Jan Kvapil of the anti-corruption initiative Stop tunelům (“Stop tunneling,” Czech slang for asset-stripping) also welcomed Steiner weighing in on the issue of EU funds distribution in the region, though he said “the criticism is nothing new,” noting the publication of recent audits that showed systemic irregularities in this regard. “According to the audit, evaluators are under political pressure. But this was first spoken out against from within the region itself,” said Kvapil, whose initiative tracks public procurement in the Ústí region.

As Czech Position reported earlier this month, the allocation of grants from the European Union’s regional NUTS 2 program for Northern Bohemia was not carried out in line requirements, according to a recent audit by the “big four” consultancy Deloitte. The audit, ordered by the Czech Ministry of Finance and the European Commission, uncovered problems in 34 of the 35 projects that were examined.

As for the Kušnierz case, he said his knowledge did not go much beyond what the media have already reported. “I made presentations [in court] about the handling of a few specific cases. It amounted to systematic errors in orders from entrepreneurs. … It was bad from start to finish,” Kvapil said, again comparing the practices of local businessmen, politicians and officials to that of the mafia.