New Czech energy regulator is creating a stir by seeking changes in tender rules which favor giant power firms at the expense of consumers. 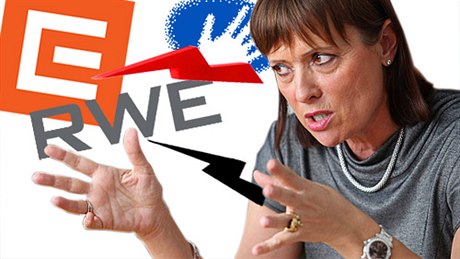 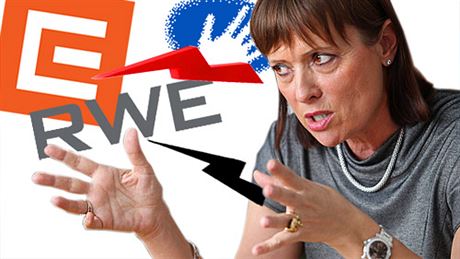 Head of the Energy Regulatory Office (ERÚ) Alena Vitásková appears set on a crash course with some of the country’s biggest power companies, such as electricity company ČEZ and the country's biggest gas company RWE Transgas, over changes she is seeking to make to public tender rules.

Vitásková, who took over from Josef Fiřt at the end of July, is trying to push through changes which even this experienced operator failed to force through. Her target is to alter current laws allowing regulated companies, such as energy distribution and power transport companies, to award contracts to firms within the same group or sector at prices the latter can set without going through normal competition procedures. The only criteria for escaping normal rules requiring a public tender is that the contractor is also in the regulated sector.

In some cases this can mean that cash from a lucrative contact can stay within the energy group but the higher prices for goods or services can nonetheless be passed onto final customers, be they households or companies.

The energy regulator’s moves to change the rules has already riled the big power countries who have, according to information received  by Czech Position, already mounted a fierce campaign against the attempt.

The Czech competition watchdog, the Office for the Protection of Competition (ÚOHS) is, however, backing Vitásková’s campaign to win changes clamping down on the practice included in amendments to a bill on public tenders which is currently going through parliament. The change would shut the door on power companies awarding tenders to affiliates without any competition whatsoever.

Both the ERÚ and ÚOHS argue that the current loophole in the tenders legislation has a direct impact on final power prices, for gas and electricity.

“ERÚ regards it as unavoidable to seek a change in the current legal situation with regard to the award of public tenders to so called sector suppliers who carry out activities in areas covered by ERU. This primarily covers such areas as the transport and distribution of electricity and in the shipping and distribution of natural gas,” Vitásková said in a letter, addressed to the head of the lower house of parliament’s economic committee Milan Urban (Social Democrat, ČSSD), which was obtained by Czech Position.

Both the ERÚ and ÚOHS argue that the current loophole in the tenders legislation has a direct impact on final power prices, for gas and electricity. The ERÚ estimates that contracts worth around Kč 20 billion a year (Kč 15 billion from operational costs plus several billion a year in extra investments) escape competitive tenders in the gas and electricity transport and distribution sectors.

The ERÚ boss says that while the impact on final prices to power customers is hard to ascertain, it's pretty clear there is likely to be one. “Because in these circumstances it is not possible for other suppliers to make offers, it is basically impossible to determine if the costs of services provided by affiliates are correct and if they correspond to the prices which would be charged by competing companies for the same services,”  Vitásková said, adding however that the proposed changes would remove all risk that higher than necessary costs from bloated contracts end up in customers’ final bills.

The amendment would clearly rule out daughter companies of state-controlled ČEZ and RWE Transgas, controlled by Germany’s RWE, getting contracts from their parents by default without any competition. In future, all such contracts would have to be won in a fight with competitors.

‘We fear that such a proposal would damage the functioning of all energy companies on the Czech market.’

“We fear that such a proposal would damage the functioning of all energy companies on the Czech market,” commented RWE Transgas’ spokesman Martin Chalupský. “Given that we only got this proposal this week, we can expect it to be the subject of intensive discussion and all the implications will be clarified,” he added. ČEZ spokesman Ladislav Kříž reacted as follows: “We can always fit in with the law however it applies.”

Heavy pressure from energy companies  on lower house lawmakers can be expected with the amended public tender law put forward by the Ministry for Regional Development (MMR) already experiencing delays. The lower house’s economic committee was originally set to debate the amendment on September 8 but that was postponed after further changes to the text inserted by the ministry. The committee debate is now expected at the start of October. Committee chairman Urban said he was not aware whether the ministry had taken on board Vitásková’s demands.

The ministry says it is continuing talks with the ERÚ and the Ministry for Industry and Trade, which is responsible for energy policy although its stance on the changes sought by the office is “neutral.” However, it says that the final format of the amendment will depend more on voting in parliament than one specific change demanded by the ERÚ.

Vitásková’s predecessor, Fiřt, tried to push through similar changes without success in April of this year during inter-ministerial discussions about the public tender amendments but the Ministry for Regional Development failed to take them on board.