Emerging painter on display in Prague and Brno 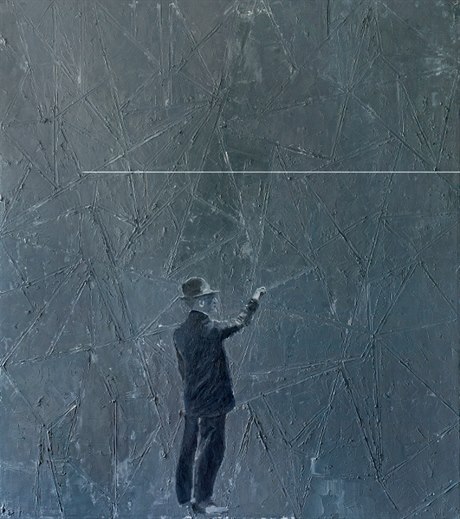 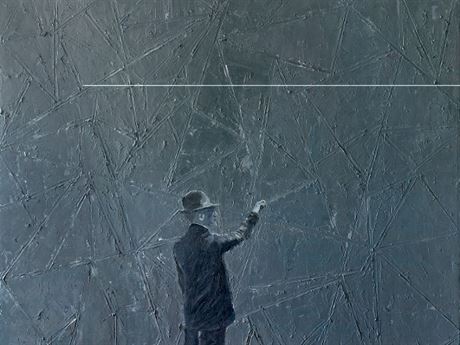 Vladimír Houdek is an up and coming Czech painter with a major solo show currently running in Brno and a collaborative exhibition opening at Prague’s 35m2 Gallery on July 15. Winner of the Czech Critics Award for Young Painters 2010, Houdek paints with an intriguing blend of figuration and abstraction that give him an interesting place in contemporary painting.

The selections of his work on display show not only a promising young artist on the rise, but tremendous artistic variety, as the large, bleak paintings on display in the Moravian capital form a sharp contrast to the smaller scale abstract works that are part of the Prague’s “Strings on Your Fingers” show. “Melancholy” (Melancholie) opened at the Moravian Gallery in Brno (Moravská galerie v Brně) in June and will run until October 2. The primary influence for the works was the book Melancholia I and II by Norwegian writer Jon Fosse.

“The book inspires emotions that felt very close to me,” Houdek told Czech Position, though he insisted that he in no way tried to illustrate the narrative from the texts.

Visually, the series is based on disparate photographs of isolated figures, which he then painted into a new abstract background. The photographic models range from 19th century images to modern works by artists such as the Canadian artist Jeff Wall. In the canvas “Jeff (Melancholy I)” Houdek took a figure from a Wall photograph titled “Passerby” and recast him in the center of a gray painted space. He performs similar transfers with posed portraits and the image of a washerwoman, the backgrounds adding a new and incongruous atmosphere the original poses or activities.

In the painting “Bang (Melancholy III)” a woman’s gray silhouette faces a multicolored cubist sky while in “For the First Time” he took a photograph a young man giving another man a haircut and set it in a black background with colored circles in the air, playing up the ambiguity of the original image.

“I painted it a little like a birthday party, with the balloon-like shapes, but also focused on the homoerotic elements. It interested me that people can look at the image and not know if it’s meant to show homosexuals or not.”

Through the pictures contain various narrative elements and the visual links between them are strong, Houdek considers it important that the paintings are viewed individually. The Brno show is the first time that any of the paintings in the Melancholy series have been exhibited.

“Strings on Your Fingers” is a collaborative exhibition with the artist Monika Žáková that is being curated by Michal Pěchouček. “I’m really looking forward to showing new and completely different work. These paintings are much smaller – 25 x 35 cm – and working in a different space with another artist makes it a much different experience,” Houdek said.