EADS to deliver fault-free CASA planes by May 31 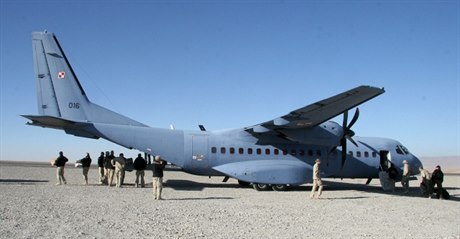 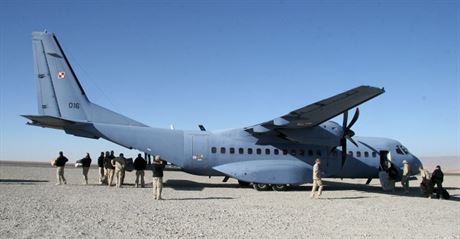 Last November, Czech Minister of Defense Alexandr Vondra (Civic Democrats, ODS) said that Spanish aviation manufacturer EADS and the Czech arms trading firm Omnipol must deliver the four CASA planes purchased by the Czech defense ministry in full working order, including functional anti-rocket defense system, by end of May, or the order would be cancelled. On Friday, he announced that EADS and Omnipol had agreed to the deadline.

Following a series of negotiations, EADS and Omnipol signed a supplementary contract with the Czech defense ministry on January 20, in which they agree to deliver the four CASA planes purchased by the Czech military for €132 million (almost Kč 3.5 billion) under a contract signed in 2009, the ministry announced on Friday (Jan. 27).

At a press conference to announce the new agreement, Vondra said that under the supplementary contract the suppliers agreed to return one of the Czech made L-158 light fighter planes — which the Czech side delivered to Spain in part payment for the CASAs — in way of compensation for the faults on the CASA planes.

The Czech military took delivery of the four CASA C-295M transport planes in early 2011 and hoped to deploy them in Afghanistan soon thereafter. However, tests revealed that the DAS anti-rocket systems on the craft were not functioning and there were serious faults with the planes’ navigation systems. The planes were deemed unfit for military use and immediately grounded.

After some repairs the planes were again tested in October, but an engine on one of the planes failed upon landing, and another plane rapidly lost altitude due to a navigation system failure. Following the second grounding, the defense ministry announced that Omnipol had until November 20 to see to all the faults being put right. However, as the the deadline approached Vondra set May 31 as the deadline after which the Czech military would cancel the order. ‘After these years of rigmarole, I’m convinced that the supplier will now do the maximum to complete the delivery ... ’

In addition to handing back an L-159, which the ministry says is worth €4.2 million, EADS has committed to supply spare part worth Kč 4.6 million, the defense ministry said on Friday. Vondra said the compensation amounted to a price reduction for the CASA’s. “I stress that the military needs the two-seater L-159 plans for training and the plan is to raise their numbers,” he added.

EADS, a subsidiary of Airbus Military, also undertook to prolong the guarantee on the planes by two to 12 months depending on the date of delivery of the planes in full working order. “After these years of rigmarole, I’m convinced that the supplier will now do the maximum to complete the delivery and an extension of the guarantee is a large motivating factor for the manufacturer,” the deputy defense minister for acquisitions, Rudolf Blažek, told reporters.

After we accept the corrections of all the faults and following delivery of fully functioning DAS systems, we plan on conducting full military tests which will be carried out in the Czech Republic and Great Britain,” Chief of Staff of the Czech Armed Forces General Vlastimil Picek said on Friday.