Does EPH have a deal with the Russians? If not, SPP buy looks dubious 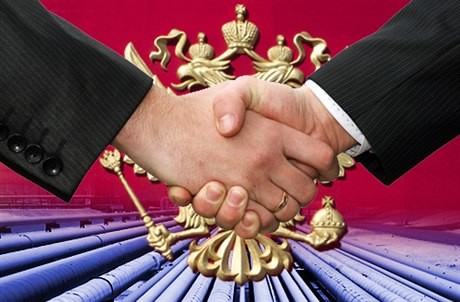 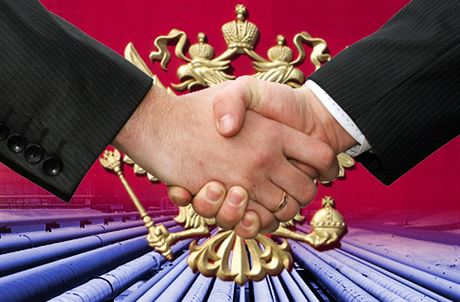 The owners of Czech energy giant Energetický a Průmyslový Holding (EPH) are either naive and do not truly understand the gas industry or they are more cunning than given credit for and have an agreement with a Russian ally. Otherwise, its plans in Slovakia on the surface, at least, are questionable.

EPH, which is owned by the PPF Group of Czech billionaire Petr Kellner, the Czech/Slovak private equity group J&T and Daniel Křetínský (another billionaire), is looking to buy a stake in Slovenský plynárenský priemysel (SPP), the Slovak gas monopoly. In all likelihood, they are looking to acquire a 49 percent in SPP in the hands of Slovak Gas Holding B.V., a joint venture of Gaz de France Suez and Germany’s E.ON Rurhgas, since 2002. (The Slovak state, via the National Property Fund, has a 51 percent stake in the strategic enterprise.)

According to Czech Position’s information, the prospective deal being negotiated by EPH chief Křetínský is worth around €2.5 billion, and EPH — of which Kellner’s PPF owns 40 percent, J&T 40 percent, and Křetínský 20 percent — has exclusive purchase rights for a limited period.

Let’s assume an entity that has no deal in place with Russian gas interests buys Slovak Gas Holding (note that Gazprom was part of a consortium winning the privatization of SPP but never entered the company). In such a case, investing roughly €2.5 billion makes no sense; no European energy concern would be keen on the stake. Why then would EPH — a group of private equity investors with a short- or at most medium-term investment plan? It’s a mystery. Few would find such an investment attractive, let alone EPH. And that would likely be the reason that the Germans and French were looking to make their exit.

Why not to buy

The first serious problem is posed by the long-term contract between SPP and the Russian suppliers of gas— the purchase price of which is tied to the price of oil, which in recent years has been quite high. On the other hand, thanks to the liberalization of the market in Europe, there is plenty of gas to go around and spot prices are markedly lower than for oil.

This price difference means that gas bought from Russia under these conditions sells worse on the market. Furthermore, contracts are of the “take or pay” variety, meaning the company must take the contracted amount from the supplier or pay a substantial penalty.

If not only SPP but also other firms in Central and Eastern Europe want to sell their gas, they face huge pressure to cut margins. In recent times there have been cases of gas suppliers taking losses in order to hold on to big customers. Now, thanks to liberalization, it’s possible to see literally brutal growth in the competition and appetite of aggressors on the gas market in combination with enormous influence of end client to change suppliers.

The situation is negatively reflected in the retail sector, where gas companies are losing market share. When Slovak Gas Holding B.V. bought the 49 percent stake in SPP back in 2002, the company had a 95-percent share of the Slovak market; last year, its share was a mere 75 percent (thanks to the entrance of Germany’s RWE and Gazprom-owned Vemex).

Another problem is the revenues from transit fees for the transmission of gas to Europe. In this respect, SPP is doing well, but time is working against it. Russian gas entities have in recent years crafted a new transit policy that aims to circumvent Ukraine. Gas from the East will flow to Germany via the Nord Stream pipeline and the southern European countries will be supplied via the South Stream. And then there’s the Nabucco pipeline, the EU’s own project. SPP’s pipelines will cease to be the main route for Gazprom and other Russian suppliers to Europe.

All of this means that SPP’s pipelines will cease to be the main route for Gazprom and other Russian suppliers to Europe. In the long term, experts do not see the upside of the transit business but rather declining profitability.

Another income source for SPP stems from the distribution of gas, but in this case the business is regulated.Profitability hovers below 10 percent, which for private equity investors isn’t especially interesting.

SPP this year plans to increase gas prices by up to 40 percent. “It’s a crazy proposal. This government is putting monopolies’ profits above the people who need the gas for cooking. These days, the minority shareholders of SPP do as they please,” Slovakia’s ex-Prime Minister Robert Fico declared in May, taking the Slovak Gas Holding owners to task.

According to the EU statistical arm Eurostat, in Central Europe it is the Hungarians who pay the most, followed by the Poles, Czechs and Slovaks — at least for now. If the 40 percent price hike goes through, Slovakia would overtake Hungary and rank among the countries with the highest household spending on natural gas. This means that another price hike would cost the Slovak politicians and regulators dearly.

Why to buy it

The negatives as for SPP’s future earnings can become positives if and when Russian interests acquire Slovak Gas Holding.

Gazprom, or another Russian company, could change the contract indexed on the price of oil to spot prices. The natural gas on offer to SPP would thereby become more competitive.

Similarly, the situation in Slovakia regarding the transit of gas has changed. If a Russian gas firm had a stake in SPP, it would have control over the pipeline itself and could, for example, optimize transit routes for its own gas heading for the EU. There is a clear advantage in controlling both ends of the pipeline that can lead to greater profitability.

Such a dream nearly became reality for the Russians, or rather to be precise for Surgutneftgas, when in 2009 for twice the market price (€1.4 billion) it bought more than 21 percent in the Hungary’s MOL from Austrian oil & gas concern OMV. The Hungarians, however, took the step as a hostile move and shut out the Russian firm. After much litigation that lead nowhere, Surgutneftgas in May sold the stake to the Hungarian state for €1.9 billion. While a €480 million profit is nothing to sneeze at neither is major stronghold in the EU.

It is therefore impossible to rule out that following the retreat from Hungary the company may want to for example go on the offensive in Slovakia. It could be done via a simple trick, if the Russians already have an option, or another agreement with the subject, to buy a stake in Slovak Gas Holding B.V. this year from Gaz de France Suez and E.ON Ruhrgas. The natural gas business in CEE is becoming less appealing for companies that are not in the extraction business.

The natural gas business in Central and Eastern Europe is becoming less appealing for companies that are not in the extraction business. Just as OMV backed out of MOL, it would be no cause for wonder if the Germans and French sought to exit Slovakia’s SPP.

Therefore, we can see the motivation for the energy concern EPH. Why should unknown Czech financiers look to make money in the gas business in Slovakia if European energy giants active in the sector for half a century are looking to abandon SPP? The only logical explanation is that Czech billionaires Petr Kellner and Daniel Křetínský and the management at PPF and J&T, respectively, believe that in time they can sell the stake on to someone from Russia at a handsome profit.

When will Bratislava get it?

According to the original privatization agreement, Slovakia’s government cannot in any way influence to whom Slovak Gas Holding B.V. can be sold. Perhaps the local statesmen didn’t consider the geopolitical and security consequences. But the real mystery is why the Slovak state itself didn’t buy back the 49-percent stake. Once again, it’s not bad business. Slovakia is a member state of the EU, which has long and loudly proclaimed the need for energy security. Once the Russians express an interest in the share, if already in the hands of EPH, perhaps the government in Bratislava will understand the stakes.