According to Czech Position’s sources, the detective who ‘failed’ spectacularly with MP bugging case will lead the Tatra investigation 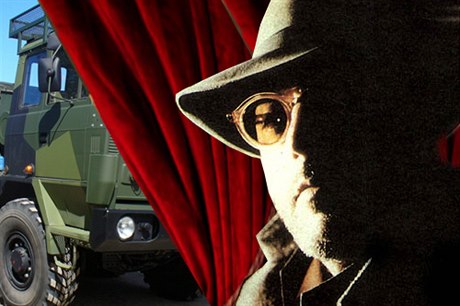 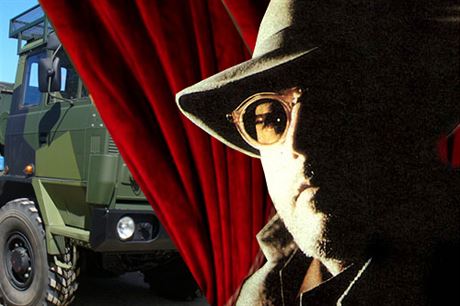 Following the resignation of detective Petr Krömer and a number of colleagues, ill-reputed detective Václav Němec is to lead the investigation into suspected corruption involving Czech truck manufacturer Tatra, a source has told Czech Position. Both the departure of Krömer and others, and the assigning of Němec to the case have alarmed police colleagues and raised doubts about the integrity of the Tatra investigation.

Václav Němec is not a complete unknown: He was part of the investigation into the bugging of the apartment of Kristýna Kočí, which insiders say was bungled — unless of course the investigators were simply following orders.

Police Presidium spokesman Jaroslav Ibehej has denied the information about the assignment of Němec to the Tatra investigation: “As regards Krömer’s successor, the appointment is fully the responsibility of the director of the anti-corruption police, Tomáš Martinec, and I certainly don’t intend to speak out about the personnel issues of the Anti-Corruption and Financial Crime Unit through the media. Nevertheless, since you ask about Václav Němec, this policeman is not being considered [to laed the Tatra investigation],” Ibehej told Czech Position.

Despite his assertion, the Tatra investigation is a prominent case and a web of intrigue thus we have decided to publish the The Czech state intelligence agency BIS was reportedly instrumental in Krömer’s departure from the policeinformation from our well informed source.

The Tatra investigation was launched after former US ambassador to the Czech Republic and now Chairman of the Tatra company’s supervisory board, William J. Cabaniss, claimed that in 2008 then-deputy defense minister, Martin Barták, told him at a reception that problems with an order from the Czech defense ministry for Tatra trucks could be settled with a cash payment. Barták, himself a former chairman of the Tatra supervisory board, has repeatedly denied all the charges.

According to the daily Mladá fronta dnes (MfD), the Czech state intelligence agency BIS was instrumental in Krömer’s departure from the police before the Tatra investigation was concluded by spreading reports that he was not loyal to his superiors. Krömer has refused to comment about this. Nevertheless, state prosecutor Dušan Táborský has made known his disappointment over Krömer’s departure, telling MfD: “It’s all very strange. The Ostrava branch of the anti-corruption police has produced results [in the Tatra investigation].”

MP Stanislav Huml, a former member of Public Affairs (VV), has firsthand experience with Němec. After MP Kristýna Kočí (now unaffiliated) lodged a criminal complaint against VV’s de facto leader Vít Bárta for allegedly giving her a bribe and left VV, a listening device was found in her apartment in April. It was Huml, himself a former policeman, who called the police and personally handed the listening device to detective Němec.

“Němec introduced himself as the leader of the police team. What I don’t understand is why they didn’t check the bugging device for fingerprints and didn’t even find out the telephone number of the SIM card that was in the listening device,” Huml told Czech Position. Huml says the probable explanation for such rudimentary errors is that the police did not want to expose who was behind the bugging of Kočí’s apartment.

The investigation into the bug found at Kočí’s residence was suspended in mid-June. According to the daily Hospodářské noviny (HN), police launched internal disciplinary proceedings over the rudimentary errors in the investigation, though the daily did not manage to ascertain which individuals were supposedly investigated or if anybody was indeed brought to account. “As a rule we do not give information about specific policemen subject to disciplinary proceedings, but in this instance I can confirm that that policeman [Němec] was not punished in connection with this case,” Ibehej told Czech Position.

At the beginning of August, the weekly Respekt reported that the investigation team led by Němec did not question the security guards protecting the building where Kočí has her apartment, nor the officials who work in the office opposite Kočí’s apartment, nor deputy minister for regional development, Kamil Jankovský, who is a close associate of Vít Bárta and was the previous tenant of Kočí’s apartment.

It also emerged that the police failed to secure the footage from the security cameras in Kočí’s building, which was erased before police returned the day after they were first called to Kočí’s apartment. “From the beginning what concerned Mr. Němec the most was why there were so many journalists in front of the building, and who had called them. He also asked why there were several of my colleagues in my apartment,” Kočí said about the police’s actions after being called to her home.