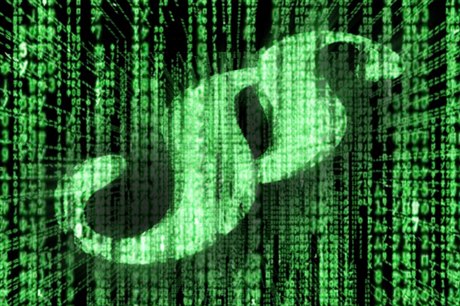 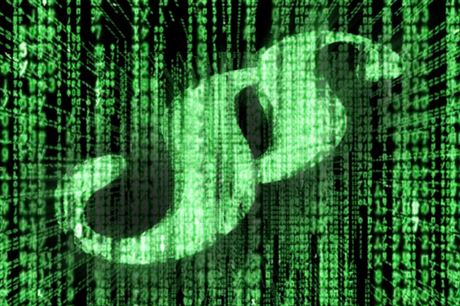 The Czech Pirate Party (ČPS) has presented its controversial new draft Internet Freedom Act, which is based on the principle that the state should not intervene in this form of “free media.” The act aims mainly to prevent spying on, censoring or disconnecting of users; it would also ban violating so-called network neutrality by transferring legal responsibility for users’ behavior onto the Internet service providers.

When Czech Position consulted legal experts in the field of computer science and constitutional law about the Pirate’s draft act, they tore it to pieces. There was even talk of the hope that such attempts would not be taken seriously. Yet others say it highlights many aspects of the Internet that have been overlooked, especially in legal and political terms — as well as the Pirates’ weak point (more on this later).

The idea that it is necessary to constitutionally protect Internet freedom was spawned in June 2011, when TOP 09 MP Jan Farský suggested that the websites of foreign lottery companies should be blocked. The Pirates then started the Internet without Censorship petition. Although over 14,000 people signed it within a few days, and Farský's proposal was swept off the table, in October the same year MP Michal Babák (Public Affairs, VV) came up with a similar idea. The Pirates’ patience ran out.

“At the time, we said that there must be a systematic approach to addressing Internet freedom. We can’t have every MP proposing an amendment that so drastically affects the fundamental principles on which the Internet works. Current developments around the anti-piracy agreement, ACTA, shows we are right,” Czech Position was informed by Jakub Michálek, a ČPS member and co-author of the draft, which begins with the words: “A free Internet is guaranteed.”

The basic text of the Act, which the pirates published on their website, was written last weekend during meetings of the National Committee of the Czech Pirate Party. The current text of the draft constitutional act on freedom of the Internet, can be found at the Pirates’ website.

A ban on tracking Internet users

A ban on Internet censorship

Ban on disconnecting users from the Internet

A ban on violating network neutrality

Furthermore, the draft constitutional Law on Internet Freedom, deals with specific provisions, such as the right to secure data transfers using encryption, the right to peaceful demonstration in cyberspace, which counts on the admissibility of technological measures to ensure the availability of the services assailed and with the option to withdraw from a contract enabling censorship.

The proposal also provides for exceptions. For example, disconnecting a user from the Internet is permitted if it is carried out on the written order of a judge in cases in which a court has made a decision. Under the same conditions, individual Internet users can also be monitored.

That the Pirates are serious about the act is demonstrated by their meeting with Social Democrats (ČSSD) chairman Bohuslav Sobotka. “He told us that it is a good idea and that it will be discussed within the party. In addition, he offered the assistance of their experts on constitutional law,” Michálek said following the meeting.

In the coming weeks, he said he plans to meet with other high-ranking politicians. Among others, Public Affairs (VV) has promised its support; MP Victor Paggio, for example, recently joined with the Pirates in the fight against ACTA and has been involved in Internet issues for a long time.

The Pirates came up with a specific proposal for the wording of the act, but they are ready to enter into discussion about it. According to Michálek, eventually they want Internet publicists and connection providers to express their views on it and they are ready to introduce their comments into the current version.

While Sobotka considers the Pirate proposal a good idea, a leading Czech legal theorist is horrified by it. According to Radim Polčák, who primarily deals with the law on modern information systems, the Internet and cyberspace, the proposal is probably well intended. But he sees it more as a fancy expression of the opinion that more political attention should be focused on the issue of the individual's information rights. However, a person’s information rights are, to a great extent, already expressed in the Charter of Fundamental Rights and Basic Freedoms.

“The existence of the right to technological neutrality of the network, to protection in the realm of information discretion and so on can be inferred from this. In this context, what exponents of the Pirate Party fail to grasp is that fundamental rights are inalienable. This means, among other things, that it doesn’t matter whether the constitution explicitly mentions them – these rights are natural, they exist regardless of any written observations, and exist for specific problem situations. To think that all of the valid rights are written into law, and vice versa, that what is not written there, cannot be a valid right, is extremely dangerous. It's the same as believing that one can only do what the law expressly allows,” Polčák wrote in an e-mail to Czech Position.

A level at freezing point

Polčák, who is currently working at the Chicago DePaul University College of Law, also criticizes the technical level of the text, which is, in his words, at freezing point.  “I’d say that, as concerns the content, any first year law student from one of our legal faculties could write better. If someone gave me this, for instance, at a seminar, they would not live to see the next semester,” said Polčák, who argues it is probably more of a contribution to the political debate than a seriously intended legislative initiative.

And here is where some see the prevailing problem of the Czech Pirate Party. Unlike its Swedish counterparts, it is seen more as an “extremist initiative without a professional background hedging its bets on cheap circus tricks,” and therefore is not taken seriously. Polčák, however, admits that there are topics that the Pirates are involved in that are quite important but have been neglected by the dominant political forces. But, he, says, “It’s hard for them to be adequately implemented in society if our political scene deals with them in such a blithe, almost amateurish fashion.”

The exact purpose of the amendment also eludes the constitutional lawyer and Secretary to the Standing Commission of the Senate of the Parliament of the CR for the Constitution of the Czech Republic, Jan Kysela. “Regardless of whether specific provisions make sense, I am convinced that it is nothing that warrants a place in a special constitutional law,” Kysela said. In his opinion, most of the issues the Pirates mention can be found in the Charter of Fundamental Rights and Basic Freedoms.

In addition, Kysela points out that constitutional law is not written in this style. “When you examine the Charter or a constitutional law on safety, you see they’re all relatively general and abstract questions. We have a certain culture in the manner by which we make an amendment for constitutional laws, laws, regulations and decrees. The Pirate proposal is more similar to the civil or commercial code,” Kysela said.

The constitutional lawyer hopes that similar attempts will not be taken seriously. The Pirates’ fundamental disadvantage is the fact that from a relatively complex world, they have chosen one phenomenon, and everything else is of secondary importance to them: “Whether or not we have clean water, if people die, or starve, it doesn't matter; all that matters is to nurture the Internet.”