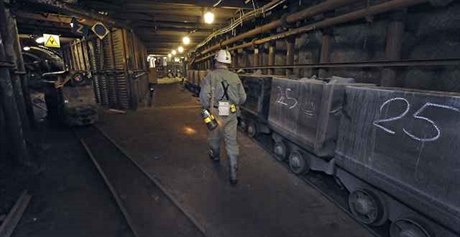 Diamo’s mine in Rožná is the only operating uranium mine in the EU foto: ČTK, Česká pozice 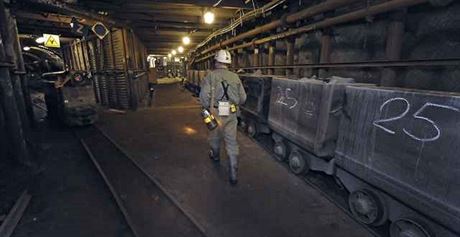 Jiří Jež, head of the state-owned company Diamo, says that it is inevitable that the considerable uranium reserves in the Czech Republic will be mined, but that first there must be a change in the government’s energy strategy and public perceptions, which he says will take decades.

The Ministry of Industry and Trade (MPO) under the current minister, Martin Kocourek (Civic Democrats, ODS) and under his predecessor, Vladimír Tošovský, has been reviewing the possibilities for the expansion of uranium mining in the Czech Republic.

“I think that it [the uranium reserves] will definitely be mined. Reserves here are worth up to Kč 500 million, and no state in the world would simply leave it under the ground,” head of Diamo, Jiří Jež, said in an interview with the daily Lidové noviny published on Monday. ‘I think that it will definitely be mined ... Peoples’ freezers and televisions will have to go off first.’

At the same time, Jež said it could take decades before consensus is reached: “Peoples’ freezers and televisions will have to go off first,” he said, alluding to the fundamental shift in public opinion required.

From the mid 1950s until the downfall of the socialist regime in 1989, the former Czechoslovakia produced over 2,500 tons of uranium annually, mostly all of which was mined in areas now in the Czech Republic.

The mine in Rožná, Vysočina region, is the only uranium mine still in operation in the Czech Republic and the whole of Europe. The government passed a law in 2007 allowing Diamo to continue exploitation of the mine, which currently produces between 300 and 350 tons a year.

The largest uranium deposits in the Czech Republic are in the Česká Lípa district, Liberec region, northern Bohemia. There are also considerable deposits near Příbram, central Bohemia, and near the Rožná mine.

From the 1950s until 1989 practically all the uranium mined in Czechoslovakia was exported to the Soviet Union for use in nuclear warheads and for civilian use. So-called leaching methods were used, whereby chemicals — mostly sulfuric acid — are pumped into the ground to dissolve the uranium ore which is them pumped to the surface. This method caused considerable pollution and contamination of subterranean water shelves.

Diamo still receives state grants to clean up pollution from uranium mines closed down in the early 1990s.