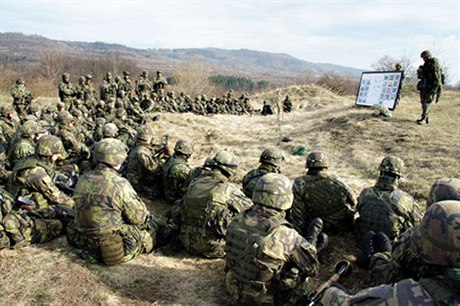 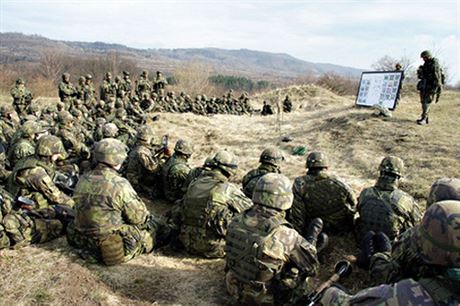 The Ministry of Defense has ordered military uniforms that don’t meet army standards. The issuer of the tender worth over Kč 40 million failed to specify the requirements stipulated by Czech Defense Standard (ČOS) 108001, the technical specifications of which specify the shades and dimensions of military camouflage.

For three weeks Czech Position has tried to get a response from the ministry as to why standards were not observed in the tender and who is responsible, but with little success. “Considering that the tender is still not closed and the period for complaints is still open, it is not possible at the present time to provide further details. We will provide the relevant information as soon as it is possible,” ministry spokesman Jan Pejšek told Czech Position. Nevertheless, the manner in which the Defense Ministry reacted — or more failed to react — is a further indication all is not right with the order.

The firm Koutný was the only tender participant to meet the applicable ČOS standards, but still the firm did not win the contract. The company therefore turned to Defense Minister Alexandr Vondra (Civic Democrats, ODS) who rejected their complaint. “When reviewing the conduct of the issuer in the public tender, I did not discover any breach of the law relating to the selection of the most favorable offer,” Vondra wrote in response to the complaint. After receiving the minister’s response, Koutný lodged a complaint with the Antimonopoly Office (ÚOHS).

Pavel Koutný, the owner of the firm in his name, says the ministry did not adhere to the Czech defense standards, which stipulate quality and features of arms and equipment for the Czech Armed Forces (AČR). Among others, the standards dictate that gaps between spots in camouflage must occur at least every 60 centimeters horizontally, and 90 cm vertically — so-called linear repetition.

‘To put it bluntly, the ministry doesn’t want to admit that it has been doing it wrong since 2007.’The problem with the tender in question is that the Defense Ministry selected an offer which didn’t comply with the standards requirement. Of the three firms which submitted offers, STV Group, Blažek Praha, and Koutný, only Koutný met the requirements of the camouflage standard, but the firm STV Group was awarded the tender worth dozens of millions of crowns.

Koutný went to the length of consulting the ministry’s Military Repairs Enterprise in Šternberk (VOP–026), which was to act as the expert guarantor for the military order. The enterprise’s staff informed Koutný that his firm’s first prototype camouflage design did not meet the linear repetition requirement. Koutný then spent several hundred thousand crowns on a new screen print for the camouflage design, which he ordered from the textile producer Svitap J.H.J. He later returned to VOP–026 with the revised design and specialists there confirmed it complied with the standard.

“The problem is the ČOS standard with linear repetition of 60 by 90 cm was issued in January 2007, but nobody in the military oversaw its implementation. We ourselves delivered uniforms with the old dimensions which were 60 by 74 cm. We always heeded the guidelines we received from the military, but in actual fact the defense ministry should adhere to the valid Czech Defense Standards (ČOS). To put it bluntly, the ministry doesn’t want to admit that it has been doing it wrong since 2007,” said Pavel Koutný, who is pushing for the exclusion of the other two bidders in the tender on the grounds that they failed to meet the military standards.

Koutný asked the Defense Ministry and the Office for Defense Standardization, Cataloging, and State Quality Control (Úř OSK SOJ) whether the other bidders’ non-adherence to the relevant military standard would result in their rejection from the tender. From the Defense Ministry, he found out no information other than that which was given in the tender documentation. “The issuer insists on the fulfillment of the requirements stated in the tender documentation,” Pavel Bulant, director of the ministry’s armaments and equipment section, told Koutný in an email.

The response from the Úř OSK SOJ was more precise. “The standard in question, ČOS 108001, is stated in the technical specifications for materials for personal use, which as an appendix to the proposed contract forms a part of the tender documentation. Given this circumstance, we presume that the winning offer will at least meet the requirement no. 9.1 [linear repetition] of the given ČOS. Failing this, the offer must be rejected,” Martin Dvořák, director of the military standards office, stated in a reply to Koutný’s enquiries, a copy of which Czech Position has obtained.

Why does the military create defense standards if the ministry doesn’t adhere to them?      Czech Position also has a copy of a letter in which Vondra defended the conduct of ministry officials. “Concerning the camouflage of individuals, it doesn’t have to be an issue as long as the camouflage pattern is of the dimensions 60 x 74 cm, because this will cause only partially worse camouflaging. Considering that in the tender documentation it is stated that the pattern must comply with the design of the Czech Armed Forces but the size of the linear repetition is not stated, camouflage patterns measuring 60 x 74 cm and 60 x 90 cm are both suitable,” Vondra said in his response to Koutný’s complaint.

Nevertheless, the military standards office claims that according to the tender documentation, dimensions of linear repetition in camouflage patterns as defined in the valid ČOS must be observed. And if this is not the case, the question arises as to why the military creates any defense standards if the ministry does not adhere to them.

A high-ranking civil servant in the ministry told Czech Position on condition of anonymity that behind Koutný’s complaint he sees a battle between competing military suppliers. And with army spending being slashed, the battle has become more intense. “The water from the pond is being let out and the carps’ teeth have grown,” the source said figuratively.

Last year the ministry issued a tender for supplying model number 95 uniforms worth Kč 70 million. The ministry divided the tender into two parts. The first stage was also clouded by controversy and suspended after it emerged that the statuary representative of the only bidder, the firm Xena, was a family friend of deputy defense minister Rudolf Blažek. And it was in the second stage of the tender that the issue of compliance with military standards arose.