Despite rush to issue public tenders before amended law took effect on April 1, loopholes remain and will also undoubtedly be exploited 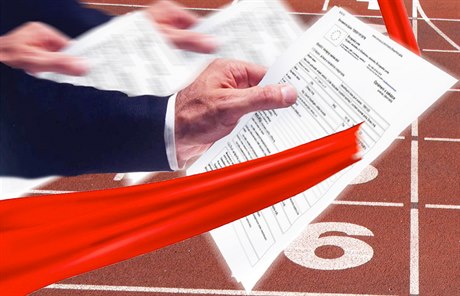 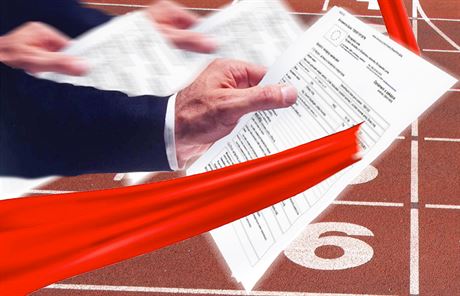 Despite the fact that stricter regulations governing Czech public tenders aimed at stamping out corrupt practices came into force on April 1, the old rules will continue to influence “the game” for some time yet. What’s more, it appears the new regulations are not completely resistant to manipulation. Czech Position attempted to track what went on with public tenders just before the April 1 deadline.

The Ministry of Regional Development (MMR) still does not have exact figures of how many so-called limited public tenders — a process whereby the number of bidders in a tender is limited before the selection process proper is held — were held in the first quarter of this year. However, according to the ministry’s estimates, between 100 and 130 such tenders with a total value of between Kč 10 billion and Kč 12 billion were held during that period. In the first quarter of 2011, in all 99 limited public tenders with a total value of around Kč 8 billion were held.

The Ústi nad Labem region announced six tenders on the last working day of March, in all of which lotteries are to be used The data available clearly indicate that certain organs issuing tenders were in a big hurry to announce tenders prior to April 1 in order for those tender processes to be governed by the old, more “benevolent” regulations.

“A growth in the number of tenders issued is apparent prior to every change in the relevant laws. Subjects try to use the familiar processes rather than tackling the new regulations,” MMR spokeswoman Jana Jabůrková told Czech Position.

The best known aspect off the new public tender rules is the end of the dubious practice of narrowing down the number of bidders through a lottery. A look at the Public Procurement and Concessions Portal reveals that a number of public organs were fully occupied with arranging tenders with lotteries before the ban of the practice.

Tenders in which lotteries are to be used and which were issued on March 30, the last day possible, include contracts to renovate and enlarge drains and sewage systems in the municipalities of Příseka, Jablonná, Strmilov, Březnice and Dřínov. The Ústi nad Labem region — which along with the Central Bohemia region made most use of the lottery system — announced six tenders on the last working day of March, in all of which lotteries are to be used.

The new version of the law on public tenders not only puts an end to the practice of limiting the number of offers through a lottery, it is now no longer possible to demand bidders to fulfill certain economic conditions such as proving a certain level of liquidity, not having debts over a certain level, or other specifications that could be selectively used to select or rule out or select specific bidders.

One tender issued in the Central Bohemia region just a few days before April 1 is a prime example of selective use of criteria. The tender is for the construction of a new building at the hospital in Mladá Boleslav with an underground garage, kitchen, residential hall and a training center. Those interested in bidding for the contract estimated to be worth around Kč 322 million including VAT have until May 2 to put in offers.

As is the usual practice in the Central Bohemia region, the number of offers to be considered is to be limited to five. The bidders are to be ranked on the basis of compliance with the following 11 conditions:

Czech Position requested a lawyer to assess these criteria for selecting finalists. “Technically, it’s of no consequence whatsoever if a garage is built costing Kč 100 million or Kč 300 million. As for the kitchen, for the purpose of reference what’s important are the dimensions and type, not whether it was part of a building built at a cost of Kč 50 million or Kč 200 million. It’s a mystery why bidders must show they have implemented a construction project costing at least Kč 250 million on the grounds of a healthcare facility. Why was this figure set? And the environmental aspect is completely at odds with the law because it is not a condition for qualification under the law on public tenders, thus the number of finalists cannot be limited on this basis,” said the lawyer, who chose not to be named.

Several tender issuers simply entered blank formulas with no details about the tenders. What was important for them was the date of issue and they will apparently fill in the details later.As Czech Position has reported previously, the limitation of the number of bidders on the basis of certain criteria is basically uncontrollable because the issuers of tenders refuse to officially record the references of the finalists. Bidders who are excluded from the process are thus unable to ascertain whether those firms which were selected really did fulfill the conditions, or whether figures were fabricated. Such circumstances render it impossible to challenge elimination from a tender.

But back to what took place in the days leading up to April 1. The database of public tenders issued contains a number of other interesting cases. Several tender issuers simply entered blank formulas with no details about the tenders. What was important for them was the date of issue and they will apparently fill in the details later. According to MMR spokeswoman Jabůrková, the old version of the law on public tenders does not dictate that all details must be announced on the day a tender is issued.

The long-anticipated amended law on public tenders is undoubtedly a step in the right direction — gone are the practices of using lotteries and dubious, uncontrollable criteria to select finalists. Yet while the room for manipulation and corruption has been reduced, certain cunning Czechs will find loopholes.

Even following the amendments the law still enables issuing bodies to demand that bidders fulfill a basically unlimited range of technical conditions, including technical references, qualifications and equipment. Under the new rules, a referential contract may not exceed the estimated value of the tender in question by more than 50 percent. However, there is nothing to prevent the issuer from demanding that the reference project contains technical features unrelated to the tender in question, meaning that the practice illustrated by the qualification conditions for the tender to construct the new building at the hospital in MladáBoleslav can continue.

At the time of publication of this article, not a single tender had been issued under the new version of the law“We often face a whole bundle of features and conditions required for reference projects,” Dan Ťok, general director of Skanska, Czech Republic, told Czech Position. As an example he mentions a tender for the construction of a cycle path for which potential bidders were required to have previously built a cycle path of at least 10 kilometers in length and costing a minimum of Kč 30 million.

“I also recall that a reference was demanded for the installation of a laboratory — but only in an educational institution. Those who had installed a laboratory in a research institute were ruled out,” Ťok said.

Since April 1, on the public tender portal only information about tenders announced prior to the end of March, thus subject to the old version of the public procurement law, has been added. At the time of publication of this article, not a single tender had been issued under the new version of the law. Thus we will have to wait to see what cunning and innovative methods tender issuers will come up with to circumvent the tighter regulations. “In any case, it is and will be entertaining,” Ťok commented.