In Prague as a resident artist at the MeetFactory gallery, Danielle de Picciotto will read from her newly published memoir of ’80s Berlin 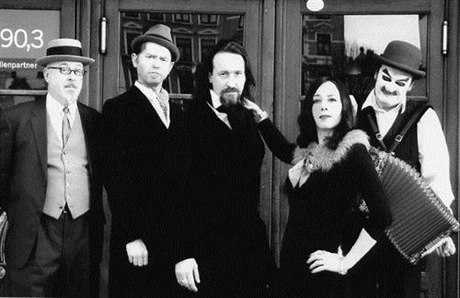 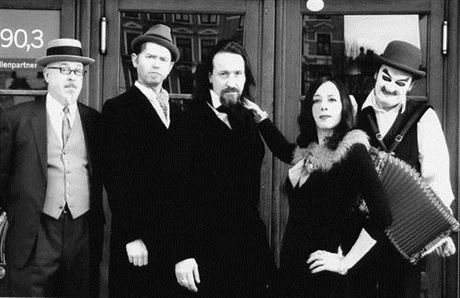 The name of Prague (Praha) is connected to the Czech word for threshold (práh),  and the city has often served as a threshold between cultures and languages, and between east and west. On April 28, there will be an opportunity to see this threshold crossed again, as American artist Danielle de Picciotto will read from her newly released memoir of her life in Berlin, “The Beauty of Transgression.”

De Picciotto’s appearance in Prague is not due entirely to her book. Together with her husband, Alexander Hacke, bass guitarist for German post-industrial band Einstürzende Neubauten, she is a resident artist at Prague’s MeetFactory gallery. On May 12 they will present their audiovisual installation “a priori tempi.”

The residence runs from Feb. 1 to May 31, and de Picciotto told Czech Position how much she appreciated being able to experience Prague on a day-to-day basis. “Alexander and I have been to Prague quite often in the last 10 years working on different projects — it seems that we have an intense relationship with the city,” she said.

A visual artist, filmmaker, musician, designer and writer, de Picciotto’s interactions with Prague have come through a variety of artistic media. “We were here before because of the Music on Film – Film on Music film festival, where I presented many of my documentaries. Einstürzende Neubauten perform regularly in Prague as well — it is one of their favorite cities.”

It was during one of these events that MeetFactory approached them with the idea of doing a residency in Prague, and they were intrigued by the idea.

“The residency has been a really great experience, and we are sad that it is slowly coming to an end. Living and seeing the city first hand for such a long time, having the possibility of concentrating on one project in the huge studio rooms and having the MeetFactory team to work with is a true pleasure, and David Černý a great host,” she said.

De Picciotto went to Berlin in 1987, not realizing quite how fateful her trip to the then still-divided city was going to prove. “I went to visit for two weeks and stayed for 24 years. I was born in the US and had gone to Germany because of a job. I got tired of Cologne and went to Berlin to see what it’s like and to visit a friend,” she said.

The Berlin of the late 1980s shared much of the same aesthetic and creative energy of the art and post-punk music scenes of New York City at the time, though de Picciotto says it was not as dangerous or expensive as the American metropolis. “The creativity there in the ’80s was overwhelming — it was an island of artists, musicians and nonstop excitement. Everybody wanted to be as individual as possible, break borders and question common standards,” she said.

Isolated inside East Germany, West Berlin was thought of by many as a self-enclosed universe. Added to this was the fact that young Germans wanting to avoid West Germany’s mandatory military service used the city as a refuge.

Of course, much has changed since then, and although the insulated, underground feel of former times is no longer what it was, de Picciotto says Berlin has held on to some of its uniqueness. “Today Berlin has become much more conformist and adjusted to mainstream fashion trends, but it still has a stubborn streak of individuality in spite of growing commercialism and tourism,” she said.

Plunging into the creative ferment of late ’80s Berlin life, Picciotto has been active in a wide range of media. She has made animated films, including  two for the German Foreign Ministry presenting youth culture. She also has made three music documentaries and a number of short films. Until 1993 she was doing fashion design, but decided to concentrate purely on art from that point on.

She admits that it might be easier to present herself and her work if she devoted herself exclusively to one medium, but her nature is to adapt different art forms to her own goals and ideas.

“I consider myself as a ‘Gesamtkunstwerk’ artist. It is impossible for me to restrict myself only to one art form. I consider the different media merely tools to express different ideas or emotions. Some things I can do better with music, some with drawing and others with film.”

From the clubs to the streets

De Picciotto’s musical activities include singing for the band Space Cowboys as well for Ocean Club together with German electronic music artist Gudrun Gut. Other collaborations include working with former Birthday Party and Bad Seeds band member Mick Harvey, Blixa Bargeld, the Tiger Lillies, and Anita Lane, among many others.

A few months after the fall of the Berlin Wall, de Picciotto co-founded the Love Parade with DJ Dr. Motte. The electronic dance music festival grew into a massive global event, something that de Picciotto admits to being a surprise.

“When Dr. Motte and I founded the Love Parade we didn’t expect it to become such a huge event. We had organized a lot of parties before and thought of it as just another party on the street. We did it in spite of being quite poor and having no money and the fact that it became so successful has remained an inspiration up till today,” she said.

After four years of the parade, de Picciotto stopped her involvement with it, preferring to devote her time to smaller individual projects instead of mass-market events. Yet she still sees a valuable lesson in the origins of the festival that often gets obscured in our increasingly commercialized world. “That a small group of individuals can create something that attracts millions of people proves that it is not money, but creativity that counts.”