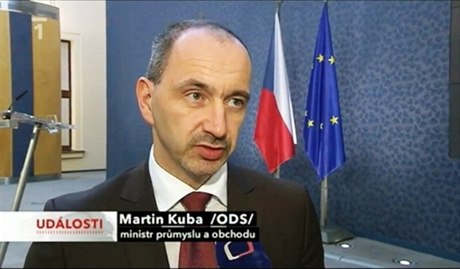 Kuba has nominated one of the CTÚ’s biggest critics to its board foto: © ČT24, Česká pozice 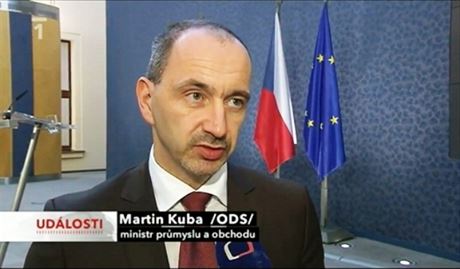 The head of the Czech state body tasked with boosting exports has been sacked by Minister of Industry and Trade Martin Kuba (Civic Democrat, ODS).

Kuba’s office put out a statement saying that the general director of CzechTrade, Ivan Jukl, had been dismissed because of a clash over the new export promotion strategy drawn up by the ministry and adopted by the government in March.

“CzechTrade is entering a new stage of its existence and is awaiting a certain transformation. I am convinced that this should be fulfilled by new leadership at the agency,” Kuba said in the statement, adding that the change was part of a broader shake-up being planned by the ministry.

The ministry’s new export strategy seeks to bring CzechTrade under closer central control with the agency’s foreign staff postings dictated by the ministry. The agency has offices in around 30 countries worldwide, predominantly in Europe.

‘CzechTrade is entering a new stage of its existence and is awaiting a certain transformation.’

Jukl has been the general director of CzechTrade since 2006 after previously spending five years at the Czech embassy in Copenhagen in its commercial department. He is fluent in five languages apart from Czech.

The industry ministry’s new export strategy, aimed at giving itself a more hands on role abroad in boosting Cech trade, pcaused conflict with Czech Foreign Minister and TOP 09 leader Karel Schwarzenberg with the foreign ministry complaining of insufficient consultation. Many experts have said the strategy still appears flawed and ridden by questions about how the two ministries will cooperate abroad.