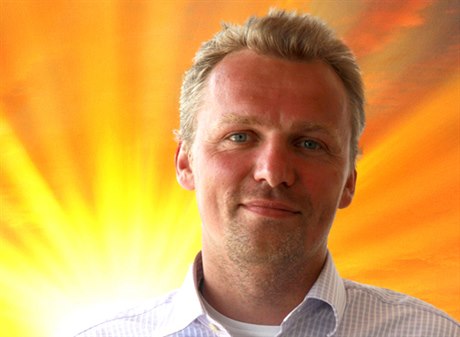 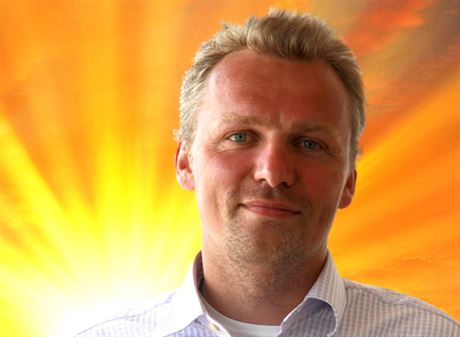 The main architect of the Czech state’s legal defense strategy in the looming solar arbitration battle — which, if lost, could cost taxpayers hundreds of billions of crowns — has shown Czech Position a few of the cards in his tightly held hand. Radek Šnábl, an adviser to Finance Minister Miroslav Kalousek (TOP 09), is looking to assemble a “dream team” of expert arbitration lawyers from the four corners of the Earth.

To say that the stakes are high is a gross understatement: A report submitted to government drawing on estimates by the Czech Photovoltaic Industry Association (CZEPHO) warns that the Czech state could lose up to Kč 250 billion, which would decimate the state budget and hence the nation’s economic stability. The association also noted that over three years, if investors had to pay the retroactive solar tax that spurred the arbitration, proceeds would amount to “only” about Kč 40 billion.

On these grounds, the government of Prime Minister Petr Nečas (Civic Democrats, ODS) agreed last week on the Finance Ministry’s controversial plan to choose a legal team without holding a tender, by making use of an exception in the law on public tenders for matters of national security. Šnábl rejects talk in Prague legal circles that the estimated damages were inflated so the state could use the national security exception and forgo a public tender.

Šnábl rejects widespread speculation in Prague legal circles that the estimated damages were inflated so as to allow for the state to make use of the national security exception and forgo a public tender. “That question is on the edge of fairness,” he told Czech Position, stressing that, in his view, CZEPHO is a professional association that knows what it’s talking about.

Furthermore, Šnábl notes that an August 2010 study by the University of Economics in Prague (VŠE), which the government also cited in its argument for invoking the exception to the public tender law, put the potential damages at a staggering Kč 560 billion — more than twice the CZEPHO figure. According to Šnábl’s own calculations, the figure is also squarely in the hundreds of billions and not “merely” in the tens of billions.

“We’re bringing to order the costs of pension reforms because we had strikes here just now,” Šnábl said, referring to last week’s nationwide public transport strike, called by unions in large part to protest austerity measures. “And with all due respect to the critics, that is less of a threat than the energy and economic peril to the security of the Czech Republic [that the solar arbitration represents].”

Šnábl also categorically denies speculation that the Czech government invoked the national security exception so that it could hire a pre-selected law firm established here (which, in veiled financial terms, would be convenient for all). “Absolutely not — that would truly circumvent the aim of the law and be an undignified procedure on the part of the Finance Ministry. The exception would be, excuse the expression, a prasárna [pig factory]. The exception envisioned by the law should be used so that we maximize our potential.”

In other words: The Czech state doesn’t want to rely on a single law firm to represent it. Instead, Šnábl intends to assemble a cross-sectional “dream team” of star lawyers with different specializations, jurisdictions and branches in different countries.

So, whom will the Finance Ministry most likely seek to recruit? Šnábl is willing to name a few names on his wish list: Zachary Douglas, an accomplished expert on arbitration at the University of Cambridge and his colleague James Crawford, a lecturer there; Stephen Anway, an arbitration specialist from the US firm of Squire, Sanders & Dempsey, who works in Cleveland and New York, and his colleague David Alexander, based in a branch in Ohio. For the moment, Šnábl is keeping mum on other foreign “aces” he’d consider calling upon. In the Czech Republic, he specifically named Karolína Horáková from the Prague office of Weil, Gotshal & Manges. Members of the Czech state’s “dream team” will need to agree to some unusual rules of the game: to work in a group regardless of the fact that they belong to otherwise fierce competitors.

The Finance Ministry itself has already evoked the names of the aforementioned lawyers in the realm of arbitration. These experts, according to Šnábl, have been contacted individually — not as representatives of their respective firms — adding that members of the Czech state’s “dream team” will need to agree to some unusual rules of the game: to work in a group regardless of the fact that they belong to otherwise fierce competitors.

Among other things, this means that while working for the Czech state on the solar arbitration, these star lawyers must pool their information databases and share their know-how. At the same time, the Finance Ministry will want to leave open the possibility of using this acquired knowledge for future arbitrations. The ministry wants to assemble at least the rough base of the legal team during the next six to eight weeks.

The anticipated deluge of arbitration will focus on an amendment adopted in late 2010 that added a 26 percent tax (in fact a levy) on profits from solar plants of 30 kilowatts or larger established last year or in 2009 that took advantage of government incentives. In the overwhelming majority of cases, the move undermined the investors’ plans and — they will argue — legitimate expectations.

Apart from the massive damages that the Czech state now faces in the solar arbitration, Šnábl has two other arguments for evoking the exception to the law on public tenders.

The Finance Ministry apparently has evidence that solar investors’ representatives are planning diverse tactics in this regard. “We’re receiving applications in relation to the law on freedom of access to information. In these, lawyers whom I’ve never heard of … are requesting internal analyses and documents about how we will choose lawyers for the state in the tenders. I’ve never seen such a thing before,” Šnábl said. While it’s impossible to prove that lawyers are filing such applications so that the state drags its feet in the tender, he says no other logical conclusion can be drawn.

Representatives of solar investors tell Czech Position that their clients are ready to negotiate with the Czech state, but “the ball is in the state’s court.” Šnábl says he is also ready to negotiate. The Finance Ministry needs to assess the true scope of the damages and determine which of the investors is most reasonable, but meetings could be held in mid-July. “Ask me again in two months whether we’ve found common ground,” he said.

What is the Czech state willing to put on the table? “Debate about the perspective of the photovoltaic sector in 15 or 20 years from now,” Šnábl said, citing one certain topic up for discussion. Simply put, solar investors would be assured that the 26 percent “solar tax” will not rise in future.

But won’t most find that to be a poor offering? Šnábl says that, through indirect channels, he knows that the more “reasonable” investors can live with the tax and that their profit margins didn’t take a serious hit with its introduction. They simply want to know what the situation will be in the coming years so that they can plan accordingly.

But there’s one thing that is decidedly not up for discussion: financial compensation. “That is not on the agenda. I’ve not received even a hint from [Finance Minister] Miroslav Kalousek to go in that direction,” Šnábl said.