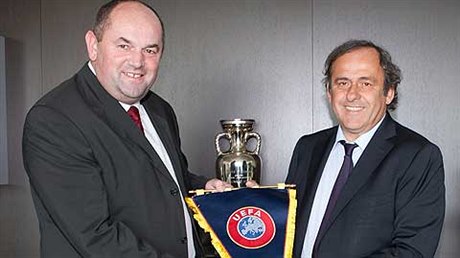 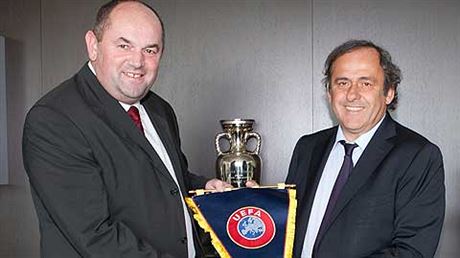 Three Czech cities have landed the honor of hosting the under-21 European football championships in 2015, the country’s football association has announced.

After disappointment from being beaten by Israel for the chance to host the 2013 event, regarded as the second most prestigious European national football competition, the Czech bid came out on top when the executive committee of European football’s governing body UEFA made its choice on Tuesday.

“Our offer was evaluated very positively from the start, but we still had very strong competition, for example from Austria and Russia. The UEFA choice has not been officially announced, but according to unofficial sources we got more than half of the votes in the very first round with eight of the 14 possible votes,” the Football Association of the Czech Republic (FAČR) official leading the bid, Petr Fousek, said in a statement. UEFA later confirmed the Czech selection.

‘Our offer was evaluated very positively from the start, but we still had very strong competition, for example from Austria and Russia.’

According to the unofficial information, the rival bid from Austria was backed by four UEFA committer members with Russia and Wales getting one vote each.

The three cities lined up to host the competition are the Czech capital, Prague, Olomouc, and south-eastern city of Uherské Hradiště.

The FAČR described the vote as a “diplomatic success for Czech football,” adding that hosting the championships would do a lot to propagate the game in the country. The Czech under-21 team will also have the advantage of an automatic place in the last eight countries making it through to the finals. The 2015 tournament is also likely to serve as a qualifier for the Olympic Games in the following year hosted by Brazil.

Czech football officials have been strongly pressing the local claim to host prestigious championship events with football association chairman Miroslav Pelta recently visiting UEFA’s and world football FIFA’s Swiss headquarters. The football association is also lobbying to be the host of the world futsal championships in 2016. That decision will be taken by FIFA. Futsal is played indoors on a smaller pitch than regular football between teams of five with a ball slightly smaller, and less bouncy, than normal.