In neighboring Bavaria, they let Mother Nature — and the bark beetle — have its way with the forests; the Czechs opt for intervention 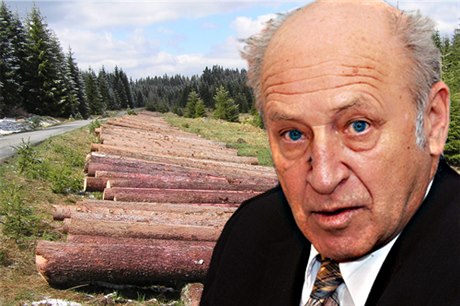 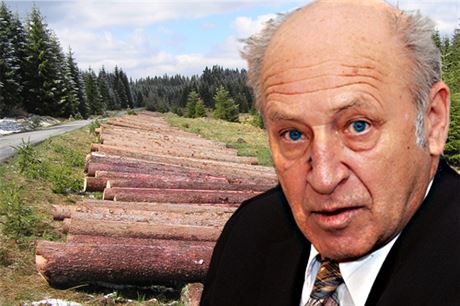 While environmental activists struggle to intervene to prevent loggers from cutting down trees in Šumava National Park following a large-scale invasion of the bark beetle, the majority of Czechs side with park and government officials, who see the action as a necessary to prevent a wider infestation, a poll by SANEP (Center for Analysis and Empirical Studies) shows. Some 4,000 trees are marked for cutting.

More than two-thirds of Czechs believe that the Šumava National Park in the Bohemian Forest might not survive the attack of the bark-beetles, an insect similar to the mountain pine beetle, which has decimated large tracts of forest in the Americas, according to SANEP. The invasion in the forest on the border with the Bavarian Forest National Park forest in southern Germany Republic is thought to be the largest in many hundreds of years. In small numbers, the bark beetle helps forests by  attacking weak or dead trees.

“As seen in the current SANEP flash poll, the majority of the general public interested in the issue, as well as the Plzeň and South Bohemian regions, in which Šumava National Park is situated, agree to support a radical procedure being promoted by the park’s director, Jan Stráský,” the polling agency said.

“Similarly, the general public and residents of the Plzeň and South Bohemian regions do not support the blockage of logging by environmental activists, nor with the lodging of a complaint against the Šumava National Park, prepared by the Green Party (SZ) in connection with the human intervention.”

SANEP: Most Czechs, especially those living in the region, doubt Šumava can resist the bark beetle without intervention

The felling of infected trees weakened by bark beetle in the Šumava National Park was supported by 68.3 percent of respondents, by those from South Bohemia 72.9 percent and from the Plzeň region 70.5 percent.

The environmental and human rights grouping of lawyers, Environmental Law Service (EPS), said Tuesday that it had reported one police officer who brutally attacked a woman protester and threatened to kill her to the Czech Police Inspectorate. The EPS maintains that police and national park management are breaking the law in pushing ahead with the logging. “We believe that the police by their action are supporting what amounts to illegal logging,” EPS’ Pavel Franc told Czech Position.

Park management won a further victory on Tuesday when a provisional court order was issued calling for the Czech branch of Friends of the Earth, Hnutí Duha, to abandon the action at the site. Hnutí Duha said its three activists on site had left but that the action was continuing with the participation of dozens of other activists.

Chalupa, who is due to attend a deabte in the Czech Senate on Thursday, has said that legislation relating to the park should be better defined. “A new law is a key to the solution to the problem of the Šumava National Park. It must set up a clear and firm long-term concept and thereby secure stability, including a clear strategy of the fight against bark beetle and the definitions of particular zones,” he said in a press release.

Meanwhile, representatives of the Plzeň region have submitted a bill to the lower house of Parliament (the Chamber of Deputies) that would allow for the cutting of trees in the second and third zones on the Šumava National Park. Their constituents would likely support the move. Only one in five Czech polled by SANEP said they support the environmental activists in their bid to stop lumberjacks from putting their chainsaws to work. SANEP said a ‘prevailing distrust of the activities of environmental activists’ is behind the general support for the gov’t cull.

Apart from the TOP 09, a junior member of the center-right Czech government, whose chairman Karel Schwarzenberg earlier this week challenged the Environment Ministry’s stance on the bark beetle problem, the opposition Social Democrats (ČSSD) have also criticized the Chalupa’s approach to resolving the situation. ČSSD chairman Bohuslav Sobotka visited the park this week with Hnutí Duha representatives.

Overall, support for the activists — some of whom have chained themselves to spruce trees or climbed and camped out in them before being chased off or arrested by police —was at 17.7 percent, in South Bohemia 13.5 percent and in the Plzeň region 14.3 percent. SANEP said a “prevailing distrust of the activities of environmental activists” was largely behind the general support for the government’s culling action. “On the other hand, public opinion could swing the other direction if scandals emerge related to mining.”

The environmentalists believe that the Šumava forest will withstand the bark beetle infestation better more readily than it would human intervention. Five out of six people told SANEP they agreed with the plan to plant new trees in the locations where trees hit by the beetles would be chopped down.

Šumava is the largest national park in the Czech Republic covering 16,827 hectares. Along with the Bavarian Forest National Park with 5,843 hectares of mountainous spruce forests they make up the largest continuous belt of this type of forest in Central Europe, according to the Czech news agency ČTK. In Germany, authorities prefer to let nature take its course, with the aim of letting more beetle-immune varieties of trees grow.

In small numbers, the bark beetle helps forests remain strong by attacking mainly weak or dead trees, which makes room for younger trees to take root. After centuries of logging and planting of only spruce pines— rather than a variety of needle and also foliage trees — the woods in the Šumava and Bavarian forests have become more susceptible to bark beetle attacks.