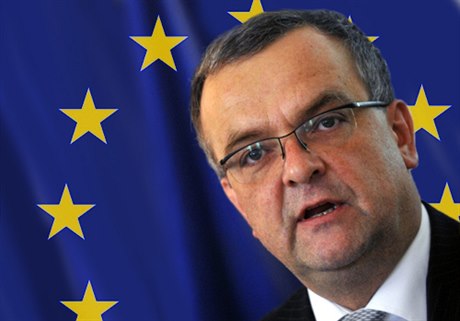 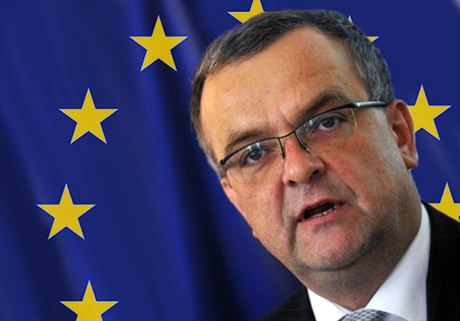 The flow of funds from the European Commission to the Czech Republic for two major programs has been temporarily suspended among continuing concerns about how the money is being spent and supervised locally.

The preemptive move by the Czech Finance Ministry to halt reimbursement requests to Brussels was taken after Commission officials  indicated that they would no longer pay Prague’s  demands covering the European Regional Development Fund (ERDF) and the Cohesion Fund. Both funds are aimed at reducing regional disparities between the EU’s richest and poorest areas with all of the Czech Republic, apart from Prague, qualifying for payments.

The interruption will last at least until June, with Brussels seeking assurances that a series of its most serious concerns about past payments and their supervision by national authorities are dealt with by then.  Details of the move was confirmed to Czech Position by an e-mail  to other officials from the director of national funds at the Ministry of Finance, Veronika Ondráčková.

Ondráčková told fellow officials that the Ministry of Finance, as the body responsible for payments and certification of programs seeking to draw EU funds, would halt transmission of payment requests stemming from the two programs to the European Commission until June.

An official, so-called warning letter, from Brussels confirming the temporary stalling of payments should arrive within a week, according to Ondráčková’s letter. In practice, the Finance Ministry will not be able to ask for reimbursement of funds worth hundreds of billions of crowns for around a year.

Lubomír Zaorálek, a top politician with the main opposition party, the Social Democrats (ČSSD), pounced on the news that Czechs will temporarily not seek to draw EU funds. He denounced the Czech system for pumping Brussels payments as “the fraud of the 21st century.” Funds were sought without supervision, with minimum information provided and no responsibility for the process, he added. ČSSD leader Bohuslav Sobotka warned that the problems could have grave consequences for the Czech budget this year, with the government already seeking means how to stall payments of around Kč 24 billion because of a shortfall in revenues caused by economic stagnation.

‘We are supervising national reports from member states which have been sent in as part of financial controls. That is being done at the moment. We will follow that up if any action needs to be taken.’

Spokesman for European Commissioner for Regional Policy, who is responsible for the two funds, Ton van Lierop told Czech Position on Thursday morning that no freeze on Czech programs had been decided yet.

“We are supervising national reports from member states which have been sent in as part of financial controls. That is being done at the moment. We will follow that up if any action needs to be taken,” van Lierop said. “There is no freeze. No action has been taken,” he added.

Czech officials have been trying over recent weeks to convince their Brussels colleagues that they are dealing with doubts about the way EU funds are being spent and supervised  in the country. A key meeting was held Friday between Brussels officials and deputy finance minister Miroslav Matej and deputy minister for regional development, Daniel Braun, with both men having to handle harsh criticism.

The Finance Ministry is in most cases responsible for auditing the use of EU funds but the Ministry of regional Development has direct duty to make sure that most of the programs benefitting from structural fund payments use the money effectively and according to the original application. EU fund payments are initially made from the Czech budget with the Finance Ministry later seeking to recoup them.

EU criticism centers on Czech failures to properly audit European-funded projects,  insufficient checks on projects and an alarming turnover of officials responsible for EU funding. The Ministry of Education probably epitomizes the last point with the sixth director of EU funding during minister Josef Dobeš less than two year term in office announcing her resignation this week. The ministry is currently trying to salvage EU payments worth tens of billions of crowns in the face that they will be frozen or cancelled.

During the tough talking meeting, the Ministry of Finance set out a series of commitments and target dates regarding stepped up administrative checks, the creation of an auditing system for programs, and solving administrative shortfalls. “If the Czech Republic delivers on the agreed steps by June 2012, then the Commission will not suspend programs,” the Finance Ministry said in a statement.

The Finance Ministry, headed by TOP 09's Miroslav Kalousek, pointed out that the Commission had fundamental misgivings about the administrative and management supervision of projects, usually the responsibility of the regional governments making the fund applications in the first place and the Ministry of Regional Development charged with keeping an eye on them. They would be mainly responsible for trying to overcome Brussels doubts with remedial action by June, it added. The Finance Ministry stressed that it carried out audits of projects a lot further down the line.

Czech Prime Minister Petr Nečas (Civic Democrat, ODS) and a series of ministers who draw funds from EU programs will have the possibility to try and convince Regional Policy Commissioner  Johannes Hahn in person of the country’s grounds for continuing to pump some of  the EU’s biggest funding programs when he visits Prague next Thursday.

“A road map has been drawn up which gives clear lines how to resolve this current problem.  We expect all the competent ministers affected by this to work with ardor to resolve this so that the problem is solved by the middle of the year,” Nečas said following the Cabinet meeting on Wednesday.  Czech problems pumping EU funds had been discussed at the start of the meeting and ministries were working intensively on the issue, he added.

Chris Johnstone contributed to this article.