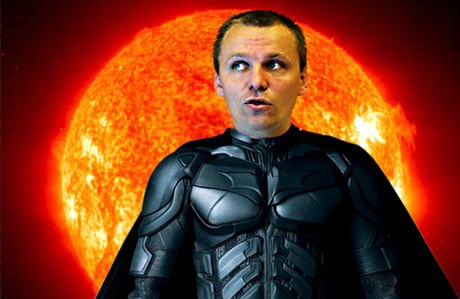 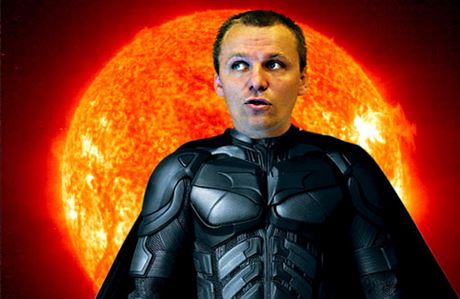 The Czech government is hurriedly preparing its defenses against the threat of a massive arbitration attack by foreign companies which fuelled a massive solar power boom in the country — before the state stepped in to change the rules, retroactively.

A report prepared by the Finance Ministry, which will fight the Czech corner in the wave of arbitrations that are believed to be pending, highlights the warnings of one solar power grouping that total damages could cost the state Kč 250 billion. The arbitration wave “which in all probability could reach unprecedented  proportions” could also “threaten the fiscal stability and security of the Czech Republic,” the Finance Ministry report adds.

On the back of such a scary scenario, the Finance Ministry called for the government to circumvent its normal public tender rules for selecting the legal team to fight the foreign claims, citing the need to “safeguard the basic security interests of the state.”

Ministry advisor and the architect of its defensive plans against the expected legal onslaught, Radek Šnábl, told Czech Position that the proposal to sidestep normal competitive tenders was “an exceptional exception.” The ministry would not be making use of this escape clause from tender rules in the future, he said, adding that the Czech Office for the Protection of Competition (ÚOHS) had taken a positive stance on the proposal.

Complications from the ÚOHS — if a routine tender was organized and appeal against the final decision lodged, for example by a shunned legal firm — were one of the reasons why the Finance Minister Miroslav Kalousek (TOP 09) opted to avoid such a step.

The ministry’s plans, however, ran into problems at the Cabinet’s regular Wednesday meeting with approval postponed for a week. No official reason for the delay was given, but some lawyers suggested to Czech Position that legal and technical issues may have been raised which suggest that the Finance Ministry proposal might not have 100 percent backing from other ministers.

The ministry’s arguments that it faces a race against time to put together a legal team look a little thin since solar companies have been warning of massive arbitration ever since the Czech government pushed through a retroactive 26 percent tax on solar company profits at the end of 2010 in a bid to stem an ongoing solar power boom.

During that period the ministry and government spent a lot of their time playing down the risk of such arbitration and talking up their watertight defense should proceedings be launched by angry investors. State arbitration fighter Šnábl played a leading role in the Czech Republic’s multiple battles against Japanese-based investment group Nomura

State arbitration fighter Šnábl, who played a leading role in the Czech Republic’s multiple battles against Japanese-based investment group Nomura, accused the foreign solar companies of not playing fair in the tentative maneuvers before the real fight. He says the ministry has been inundated with requests from legal firms representing solar power companies in recent months on the basis of freedom of information legislation.

The result has been that the internal working of the ministry has been affected by the paper chase. In addition, he says offers from legal firms with no experience in the field of major arbitrations have been flowing in although it’s clear they have no real chance of being selected for any work.

Only companies with a successful track record in arbitrations are likely to have a chance representing the Czech Republic, whatever the selection procedure is finally chosen. In the past, the state worked closely with the law firm Weil, Gotshal & Manges, and, according to Czech Position’s information, that firm is unlikely to be out of the picture in the upcoming solar power cases.

The ministry report also added two new names to the handful of foreign investors who have so far taken the first step in launching arbitration proceedings. It said that Nicolas Lassiouve and Mathias Harchoux complained in April that the Czech Republic has not respected the country’s bilateral investment treaty with France and were prepared to go to arbitration.

Research by Czech Position shows that Lassiouve is one of the leading lights in a series of solar power  ventures in the Czech Republic.  He is the responsible person (jednatel) and 54 percent shareholder in the company Energeo sro which has, according to data from the Energy Regulatory Office (ERU), a 3.5 MW solar power facility at Sudoměřice.

Lassiouve is also company representative for FVE Kaplice, in which Mathias Harchoux, is a 33 percent shareholder. According to the ERU this company has a 2.44 MW capacity solar plant. Harchoux is listed in the Czech company register as living in the Hungarian capital, Budapest. Lassiouve and Harchoux also share a controlling stake in the company FVE Chlum which has a 1.053 MW capacity solar plant near the Czech town.

German company Voltaic Network GMBH and Luxembourg-based Radiance Energy Holding, Cyprus company G.I.H.G and domestic solar giant Energy 21 announced in the first half of April their intention to launch arbitration proceedings against the Czech state. However, these are but a small fraction of the dozens of foreign companies that took part in the Czech solar boom.

One ironical aspect of the ongoing Czech solar problems stems from across the border in Slovakia. There, the government at the start of this month called for a revision of its existing support framework for renewable energy after suffering a similar solar boom to the Czech Republic and mounting costs for renewable support.

Proposals for a new incentives framework to be finalized in October look like they will be inspired by an existing Czech proposal setting targets and cut-off points for support of different renewable. The difference though is that the Slovak government has insisted in advance that no legal steps proposed should be retroactive, therefore avoiding the main problem that threatens to pit the Czech state in another bitter and, probably expensive, arbitration battle.

— Chris Johnstone contributed to this article.